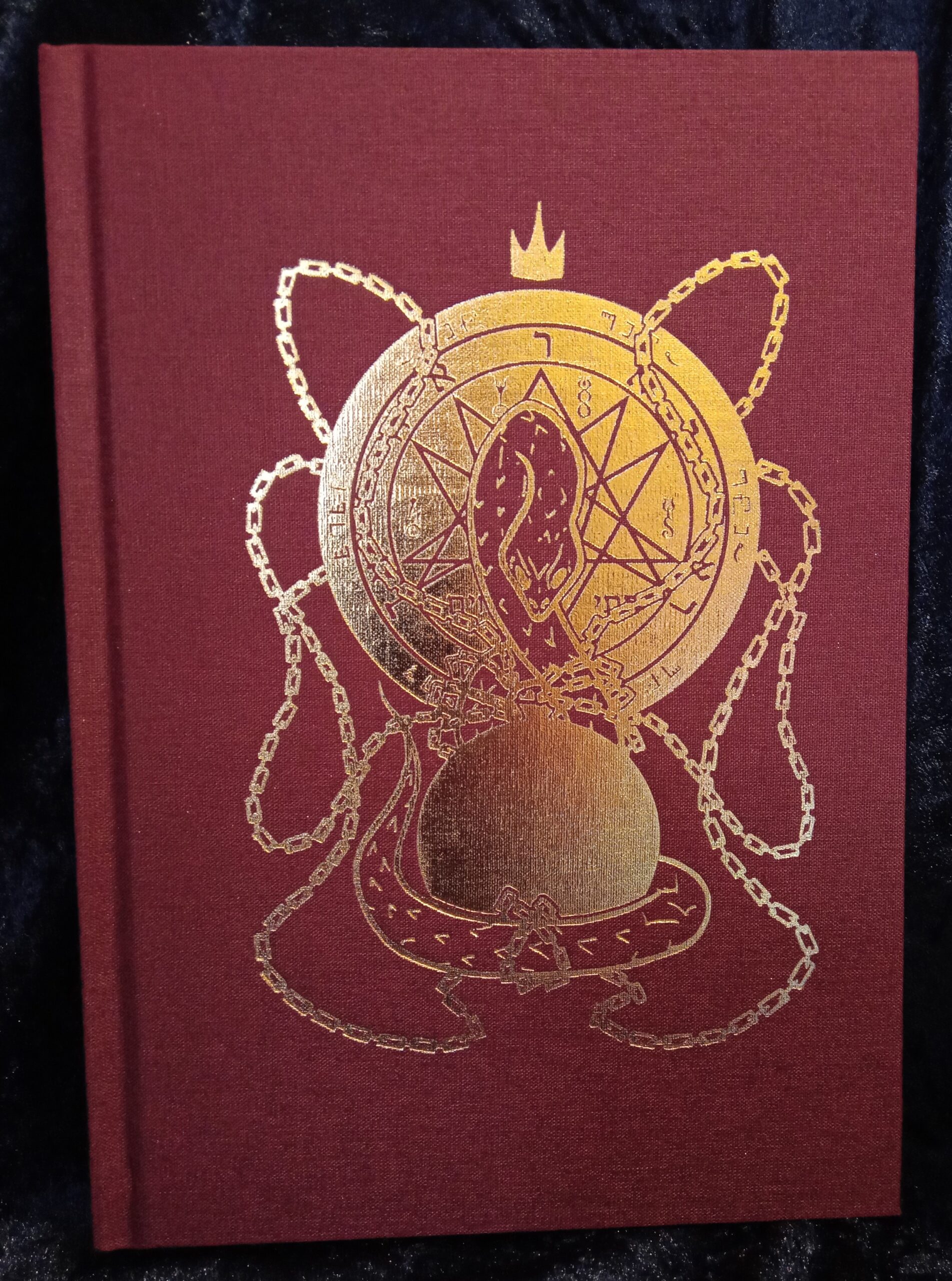 A colorful study of a passage from the Masoretic text wherein are enumerated eleven tribes of Canaan, a land and people targeted by the God of the ancient Israelites for invasion and systematic extermination. As a result they symbolize in the context of these folk stories a sort of “Anti-Israel” in the sense that they are an “Un-Chosen” people, providing an adverse literary complement to the idea of ancient Israel as the “Chosen” people. In Sacerdotium Umbrae Mortis I search out and study various poetic and esoteric resonances from the original text and use this basic toolkit of synthetic mythemes to construct a fully coherent esoteric system, including rituals and ceremonial implements, and its own catalog of classes of spirits, with their rulers, who can be employed using classical techniques of Western mysticism, including those outlined in Black Magic Evocation of the Shem ha Mephorash.

“The book is a complete system of initiation and ascension in the grades of The Priesthood of the Shadows of Death, an order of predatory sorcerers who specialize in the practice of energy vampirism and in the necromantic conjuration of revenant phantom shades from the eleven hells of the Qliphoth.

The system is based on meticulous research into the eleven tribes of Canaan, enemies of the Right-Hand Path who esoterically represent eleven classes of hostile, predatory vampiric shadowforms who emanate from hells of black magick and the anti-world of death. Multiple levels of correspondences and esoteric enumerations are given as well as conjuration sigils and numerous seals and illustrations so that the initiate can ritually evoke not only these necromantic shades, but their ruling princes.

The grimoire, when studied and used properly, allows brave magicians to ascend in exotic spheres of consciousness and power by communion with and transmogrification by these venomous Lords of the Abyss. Included are various lists of attributes of vampirism, the four stages of initiation, four grades of mastery, tables of days, hours, and elemental and planetary correspondences suitable for infernal conjuration, and complete descriptions of the panoply, implements and rites of vampiric necromancy that comprise the order of Sacerdotium Umbrae Mortis.”