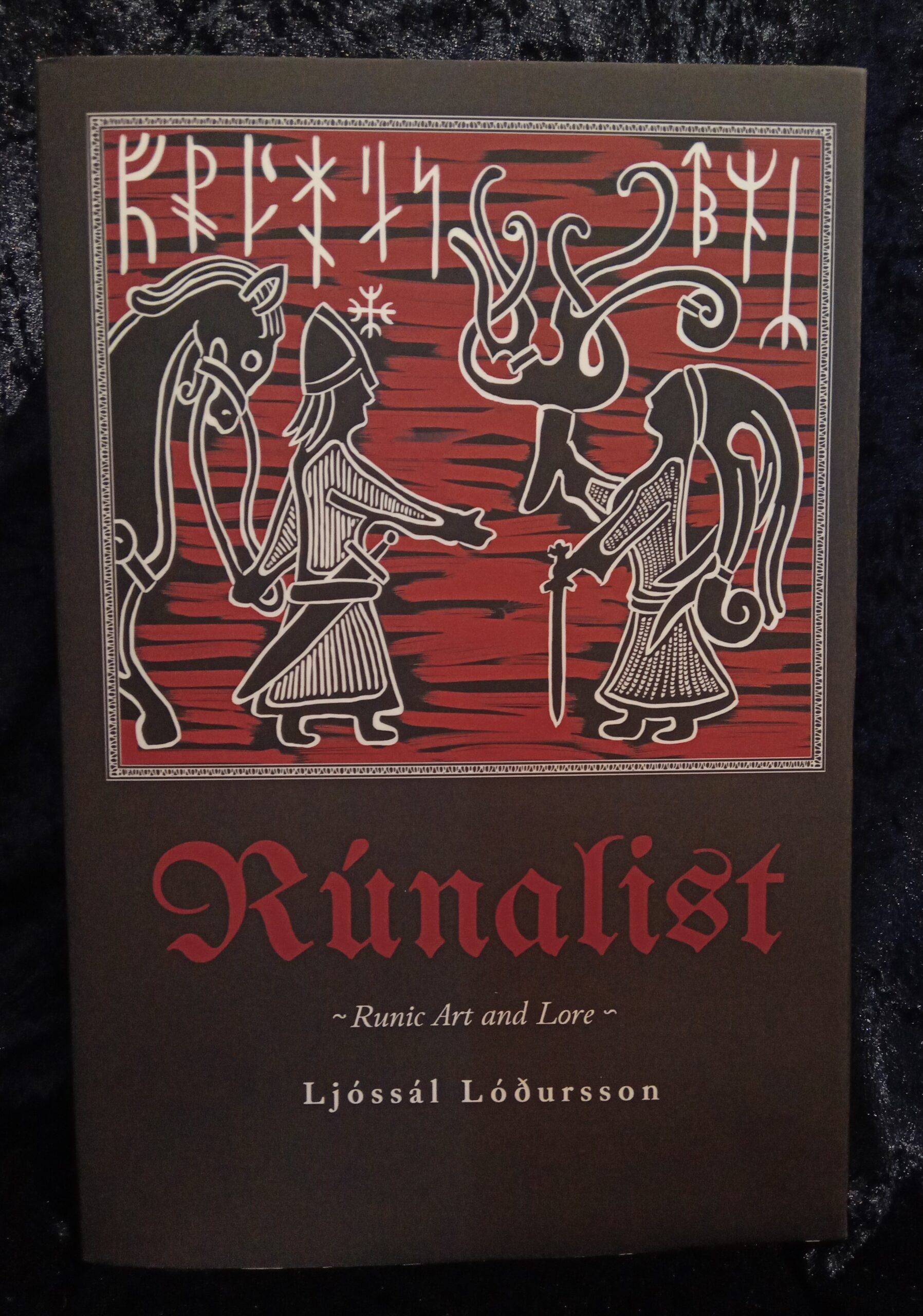 Rúnalist or the ‘Runic Art and Lore’ is the first volume in the series of books written by Ljóssál Lóðursson, being the basis of his whole system or method of work. The preface has been made by Dr. Thomas Karlsson, who holds a PhD in History of Religion from Stockholm University, author of the book ‘Uthark – Nightside of the Runes’. The presentation or opening has been made by Johannes B. Gårdbäck, the greatest connoisseur of trolldom (Scandinavian folk magic) of our times and author of the book ‘Trolldom – Spells and Methods of the Norse Folk Magic Tradition’. This book is dedicated to the study of rúnakunnátta or magical runic knowledge according to Scandinavian, Germanic and Icelandic sources. In this comprehensive volume the author explains in detail the fundamentals of runic magic from a new perspective which concentrates on practical methods. Rúnalist presents several previously unrevealed mysteries, such as the four ways to initiation or empowerment in the Runic Art, the four galdrasmiðir or ‘incantation-smiths’ who weave the various incantations, the six rúnameistari or runic masters who accompany the practitioner in his quest for knowledge. The book delves into the different runosophical operating methods of the Elder Fuþórk, Youger Fuþórk, Icelandic Fuþórk and the Medieval Runes. On this occasion the author also presents material that has not previously been published in English, such as the translation of various 16th century and later Icelandic manuscripts known as the rúna deilir ‘rune explanations’ or the faldar deilir ‘hidden explanations’, where the kennings and hidden meanings of the runes are mentioned. These hidden meanings allow the practitioner to have a broader vision of the runes, since many of them reveal secret qualities that until now could be considered as unknown.