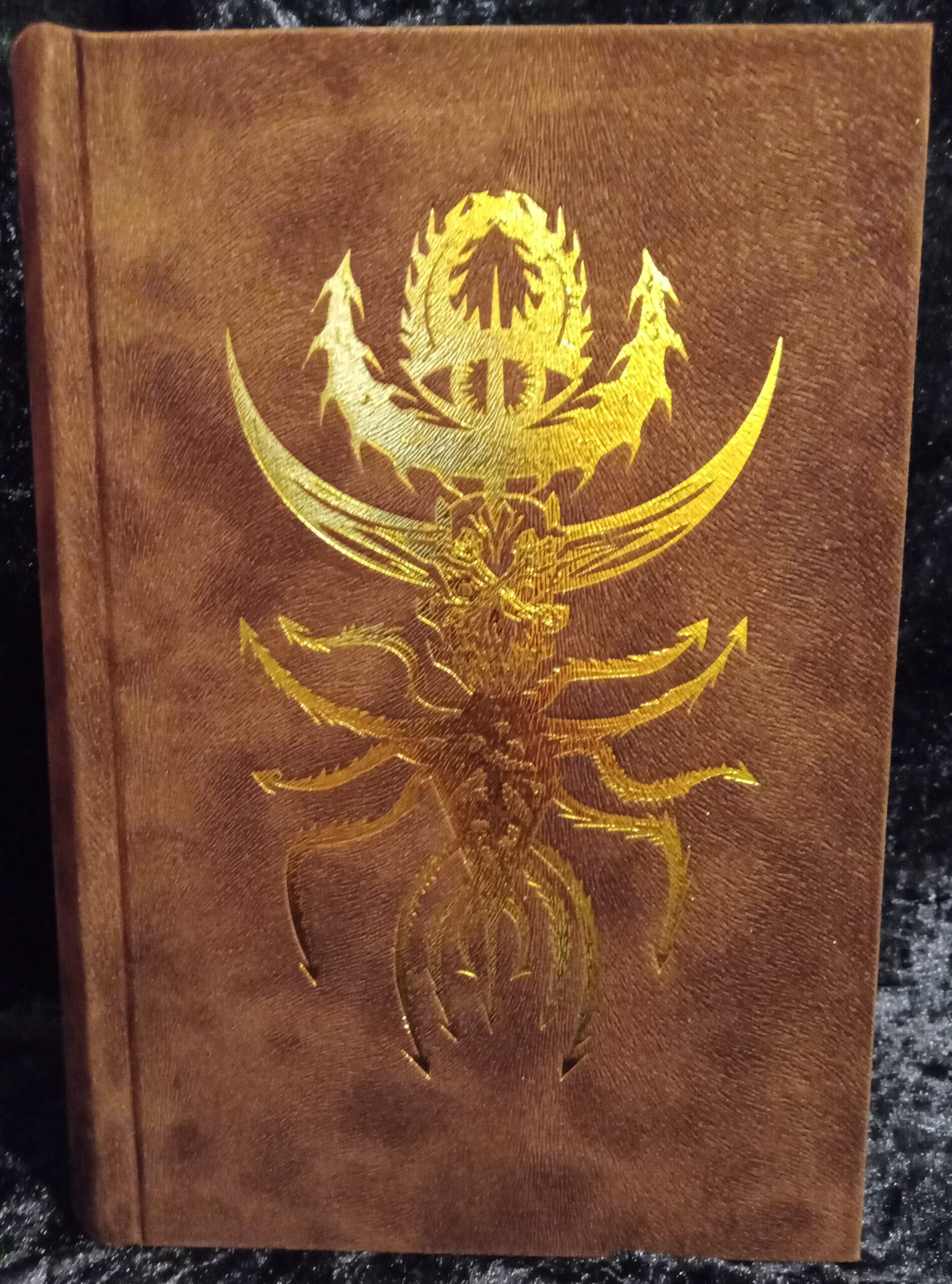 The Scorpion God:Forbidden Wisdom of Belial- Handbound Gate of Souls Edition: 555 volumes of superior quality handbound in luxurious Earthen Lynel Fur, finished with double thickness endpapers. Both covers blocked in gold with Primal Seals of Lord Belial. Black silk ribbon marker. The books will be beautifully fashioned with rounded spines whose head and tail bandsare braced with bamboo cane that is hand-inserted during the binding process. All copies will be hand-numbered, signed and consecrated.

The Scorpion God is the Crown of the Trident Trilogy. Of all the Primal Craft Grimoires this is the most misunderstood. Many books lay claim to holding keys to the Atlantean Depths (the hidden universal realm existing far beneath the Qlippothic Nightside). Some offer – in evocation – a glimpse of the beings who rule this realm; yet they are but reflections of true Atlantean Power. The Wisdom of Belial within this tome, lays bare the formula with which you may not solely evoke these beings, but with which you may enter their realm- transcending inter-dimensional gateways. The Gods who ruled this earth in the era of the Great Reptiles are the very same who ruled the First, Atlantean Realm of Man. Considered by some to be the blood and guts of Gods (because of the limitless raw power they grant) these Primal Gods, carved from the Body of Lucifer bestow power greater than the combined forces of the Qlippothic and Empyrean realms.  Ruled by the Mighty Sepheranz, the Primal Gods open pathways of the Time Veils, revealing the matrix and design upon which this world exists.The Path of Divinity lies here – in the Depths – mastering the Hells before you may rebalance the Heavens!