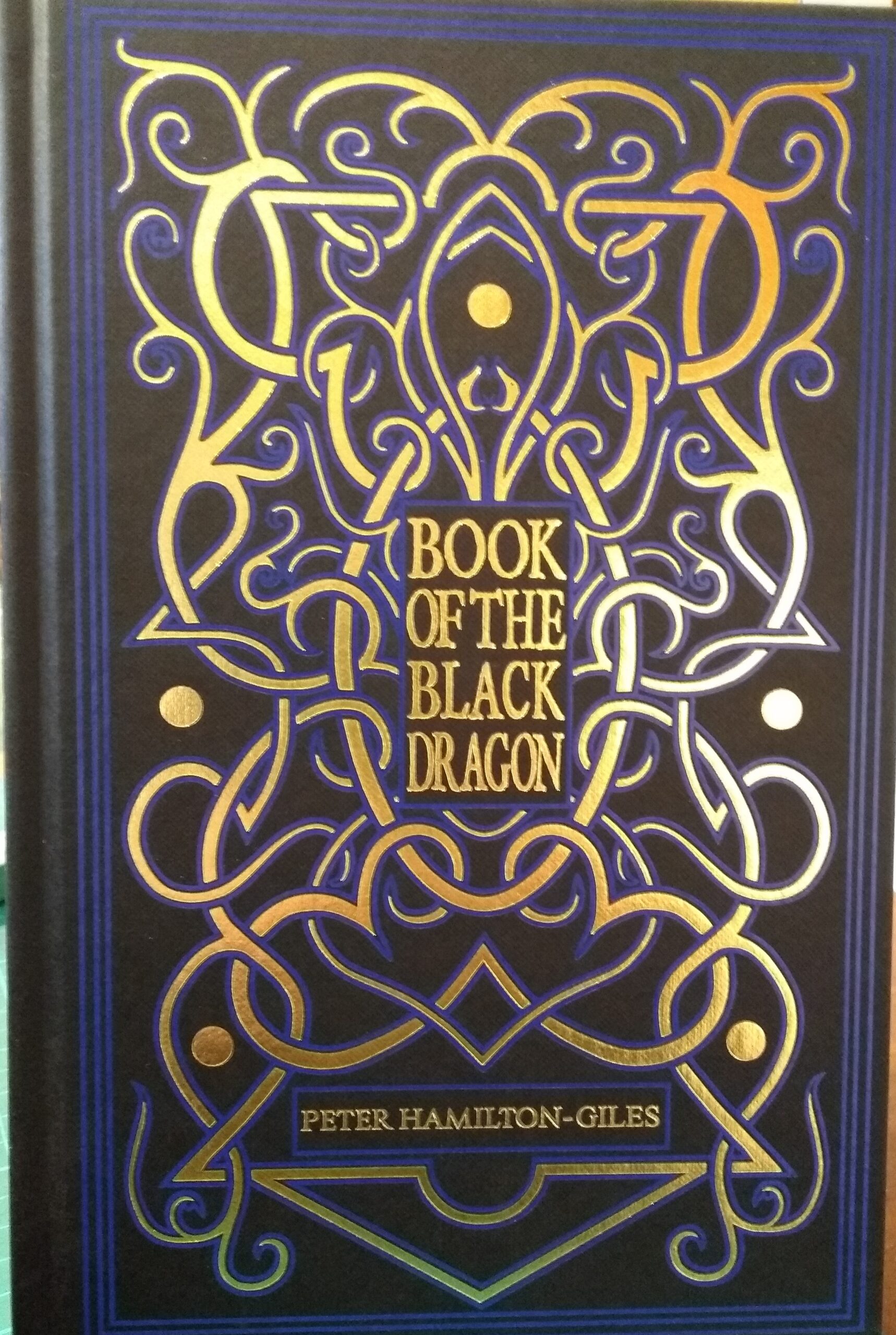 his enchiridion for the Black Dragon is the first volume for expounding sorcery associated with the dirt track road, which must forever be adumbrated by the outer precinct of the crooked path, for this inner sanctum presents the dirt ridden yet adamantine road which leads to the Black Dragon and the great mystery of telluric sorcery. It began as a realisation of a work that was formed by the Dragon’s Column, this being the working group that went on to contribute towards Andrew Chumbley writing The Dragon Book of Essex. Yet there are some stark contrasts to be made between this book and that, for the reader must know this is an earth bound book. This is to be realised by turning away from the heavens and looking beyond into the defiled depths of those who have fallen into the coils of Azde-Ahab-Haris. By having recognised this rhizomatic network of endless possibilities, the demiurgic force imbibing the ophidian flow has placed confidence in those who work with both hands by transmitting this work. As a result, the book leads the reader through a sequence of ritual actions and interactions with specific daemons associated with points on the Black Dragon, with each point acting as a gateway for reifying the very principle of Being through the notion of becoming. Anticipatory in nature, the trappings of ceremonial magic are here discarded. The sorcerer instead locates the ritual space through flesh in relation to the horizon..The Proklosis Ring. At this non-place the sorcerer is encouraged to follow the instructions and insights contained in this grimoire, for there are steps and measures which must be taken to traverse the Black Dragon’s form. By so doing the horizon becomes the coiled serpent, and the earth becomes the gateway through which to engage with the ophidian source for all our Otherness.

A central motif to the book are the ordeals and rites which are expected to be performed, these are not restricted to an annual cycle however, but are best placed and enacted at times which are felt to be appropriate. But be warned, the complete ritual text has yet to be published, and therefore what you have here is a guide towards being able to perform the rituals up to the Dragon’s Head. Of course, there are many ritual text extracts featured throughout the Volume I, however it became apparent that anyone who wished to undertake this ritual ordeal must first comprehend what is being asked of them. At the heart of this book’s conception is the Black Dragon, the enshadowed version of Draconis, this entity predates the stellar manifestation, for Azde-Ahab-Haris was born from void. Interred at the moment space became something from nothing, the Black Dragon buried a fragment of its form across the cosmos. Together these points continue to sing the songs of liberation from the gravitational pull of destiny. For the sorcerer this relationship is born from wanting to experience in a ritual setting the ex-carnation of Self, this is to be accomplished by fragmenting the mundane so that it might reveal the sorcerous-self. The Black Dragon under this guise is a conduit for developing crooked path sorcery, albeit this remains above the auspices of the inner sanctum of the dirt track road.

Volume 1 and Volume 2 of the Book of the Black Dragon are principally concerned with providing appropriate advice on how to go about working the points of the Black Dragon. Volume 1 elaborates the methods, while also providing instructive advice on how to think about the Black Dragon. Volume 1 accordingly extends from the tongue and the concept of the alogos to the Dragon’s Head and cognition, while Volume 2 continues from the Dragon’s Horns to the Dragon’s Tail. This has been done in accordance with a crooked path edict, for the complexity of the subject could not be contained by one book alone due to its complexity, it has therefore been necessary to allow the space for further extrapolations to be made. These two volumes therefore represent the theoretical and meditative aspects of the overall work. Volume 3 is the ritual work itself, this will take the sorcerer to the burial ground, it will make you address the Queen of the Cemetery and show how it is possible to then open the gate to the first level of the beyond. From here you will be expected to walk backwards in concert with pushing back time, in an act which resembles the symbolic retreat from the mundane. After this the ritual text will direct you to the form of the Black Dragon where you will be expected to work across the many points, heating them as you go. Only then will the work directly turn its attention to the Ritual of the Black Dragon. During these ritual interactions with the daemonic emissaries of the Black Dragon, the sorcerer will be expected to hone his or her arte. As a consequence, the sorcerer is expected to eventually merge with the ophidian flow and thus become something more…something immutable and knowing. By applying the arte of ritual acquisition lying at the very heart of our inspiration the fate of the sorcerer is then revealed…Azde-Ahab-Haris…The Black Dragon.