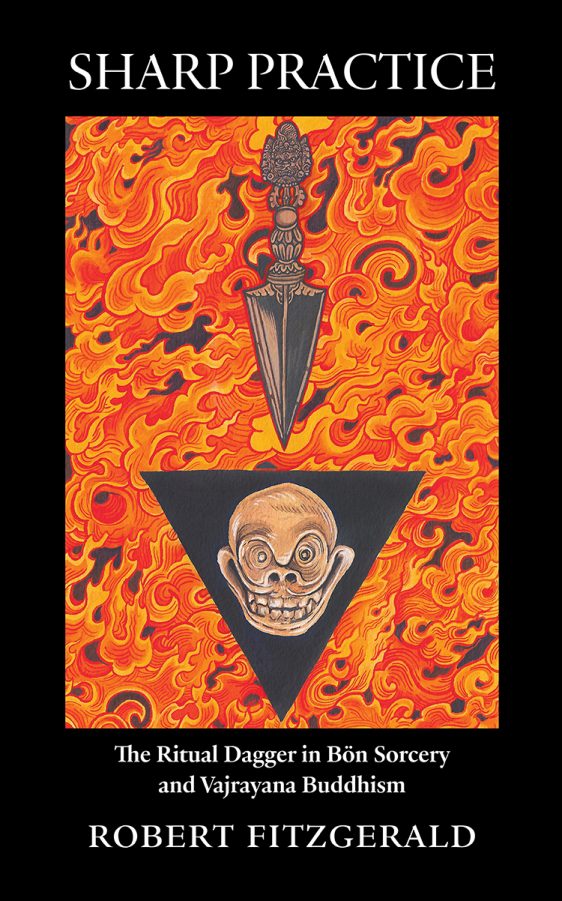 Ritual daggers have long been vital accoutrements in the exercise of magic, sorcery and shamanic practice. As a means of subduing demonic forces, their essence is derived from their power to penetrate and transfix. In India and Tibet, they are the centre of a vast and ancient spiritual lineage of devotees, who use the dagger or phurba as a means of both exorcism and enlightenment.

Sharp Practice is a short exposition upon ‘Dagger as Deity’ as purely expressed within Bön animist practice and Vajrayana Buddhism. It further delineates the evolution of the Phurba as ritual weapon. Examining its deific essence, as well as its iconography, the book concludes with a rite dedicated to the Three Jewels, inspired by each tradition.

Originally conceived for the ‘Three Hands Press Occult Monographs’ series, the text has been expanded from its original form, and includes several original illustrations by Chicago based artist Johnny Decker Miller. The book is 80 pages, printed on heavy, acid-free stock and available in the following limited editions: