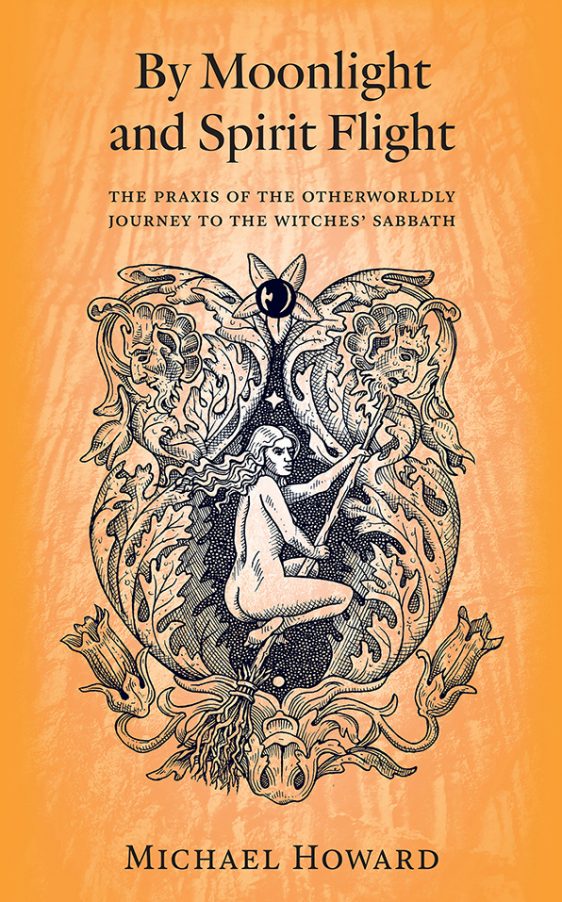 As has been established by historians such as Dr. Carlo Ginzburg and Éva Pócs, the elements of the medieval Witches’ Sabbat contain relics of the ancient spirit cults and localized ‘pagan’ folk beliefs of Europe. Nocturnal spirit-flight, by which the participants of the Sabbat travelled to their revel, also contained such historical rudiments, notably the night-roving denizens of the Wild Hunt and the exteriorized or shape-shifted ‘spirit-double’. By Moonlight and Spirit-Flight, originally published as a monograph in 2013, examines such elements as the ancestral horde, the flight of the Furious Host, and the entheogenic Witches’ ‘Flying Ointment’, each of which played a unique role in the ‘flight’ of the medieval witches. The mythos of the Sabbatic conclave, containing infernal and diabolical elements, is taken beyond its Christian pathology to connect it with actual practices in folk-magic.