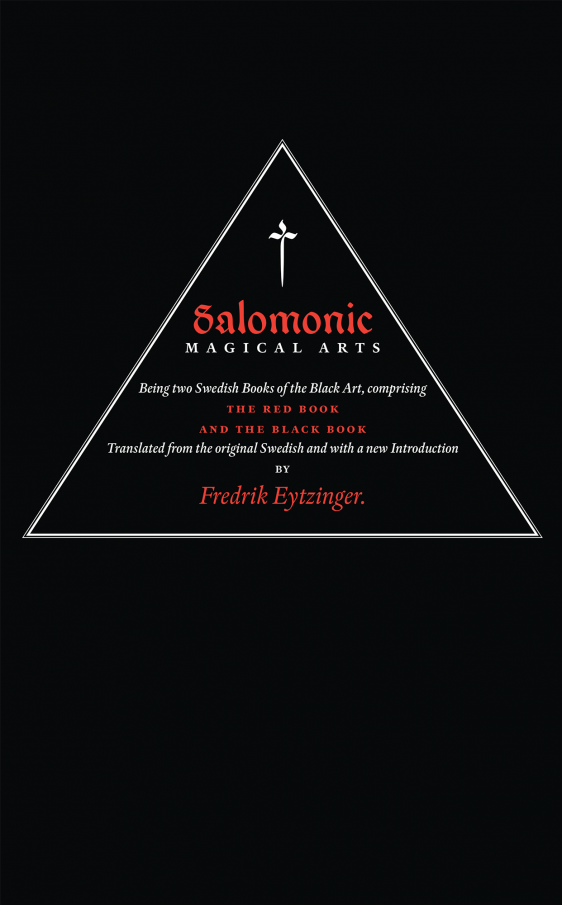 Amid the great genres of European magical books are the Scandinavian Svartkonstböcker or ‘Books of Black Arts’, the privately-kept practical manuals of magic used by rural charmers and practitioners of folk magic. Incorporating charms, prayers, and curses, as well as medicine, alchemy and physical experiments, many of these books survive today in universities and private collections. While bearing some relationship to the corpus of  European grimoires which feature angelic and demonic magic, the Svartkonstböcker as texts of magic are in a class all their own.

Salomonic Magical Arts consists of two such volumes, originally handwritten in the early eighteenth century.  Named The Red Book and The Black Book by one of their owners, they passed through the hands of priests and cunning men before coming to rest in academic institutions. Invoking a variety of spiritual powers ranging from Christ to Beelzebub, its magical formulae, numbering in excess of 450 individual receipts, serve as a testament to the endurance of sorcery in the early modern era. First published in Swedish in 1918, Salomonic Magic Arts is here published in English for the first time.

Introducing the work is a substantive introduction by the translator, which places the book in its cultural and magico-historical context, including Swedish cunning-folk traditions (trolldom) the European grimoire tradition, traditional magical healing, pagan belief, and the relationship between folk magic and the church.

Octavo, 280 pages, Salmomonic Magical Arts is illustrated throughout with sigils and rare photographs. The sigils and magical seals were drawn by Maria Olsson after the original source documents, especially for this first English edition.