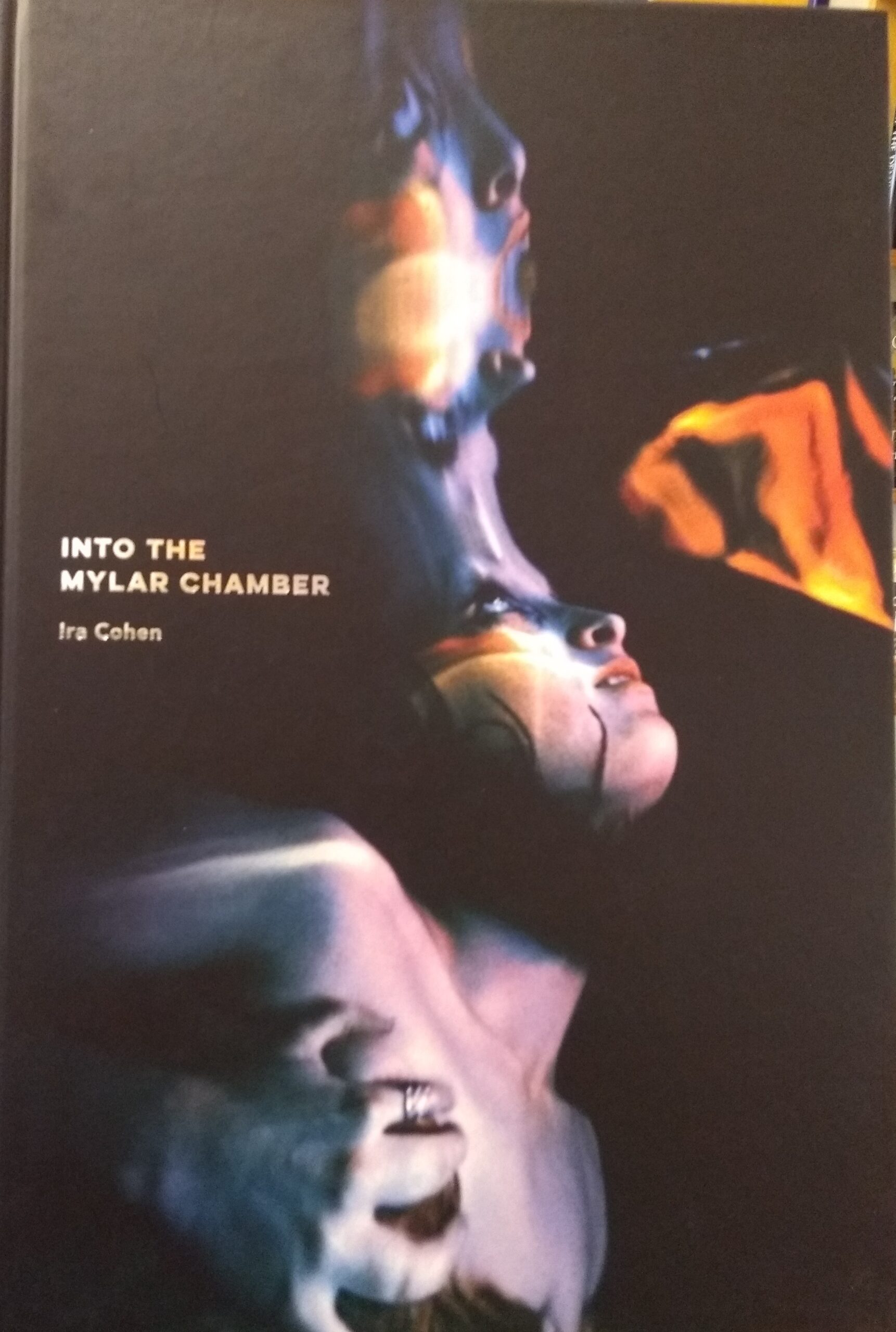 Between 1968 and 1971, in a loft on New York’s Jefferson Street, the poet, photographer and filmmaker Ira Cohen created some of the most mythic images of the late 1960s. Inspired by his friends Jack Smith and Bill Devore, Cohen’s initial experiments with black light developed into an experimental ritual space he termed the Mylar Chamber—a simple room of hinged boards hung with reflective Mylar film. Through his extended network, and with the support of artist and set designer Robert LaVigne, Cohen invited visitors to play another self within this small theater, among them Jimi Hendrix, William Burroughs, Vali Myers, Jack Smith, Angus MacLise, Alejandro Jodorowsky, Lionel Ziprin, Ching Ho Cheng, Petra Vogt, Charles Ludlam, John McLaughlin and the rock group Spirit. In December 1969, in a summary of the past decade, Life magazine declared that “few came as close to explaining the euphoric distortions of hallucinogenics” as Cohen through his Mylar Chamber photographs, but the full story draws upon much deeper ideas surrounding identity and the power of the image. This is the first book to explore Cohen’s iconic Mylar Chamber photographs.

Published on the 50th anniversary of the Life magazine feature, and with several gatefolds, it includes more than 70 images from this intensely creative period, each digitally restored from the original negatives by Cohen’s friend and collaborator, Ira Landgarten. It also includes an interview with Cohen, excerpts from his poetry, critical writing from Allan Graubard and Ian MacFadyen and further reflections from Timothy Baum, Alice Farley and Thurston Moore.