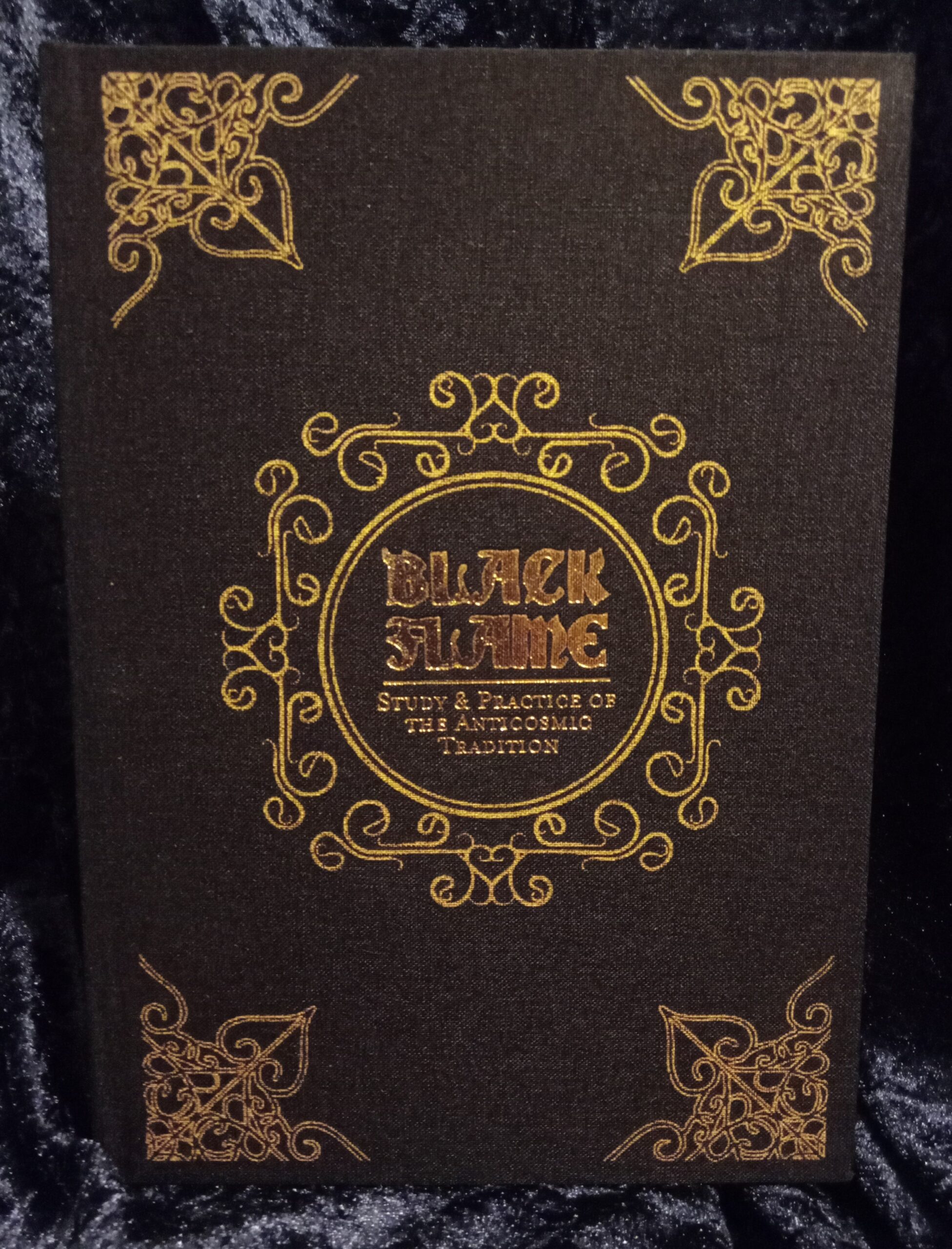 Standard Edition: Limited to 300 copies, this hardcover edition is bound in black Italian cloth, with the book’s title embossed in gold on the front cover. The spines are hand-sewn and have a ribbon bookmark, with black end-papers.

It is clear that the only way of inserting chaos within the scope of Satanic practice is through the use of its representations, especially those that religion and philosophy use to idealize things like absolute evil, ‘other gods’ foreign to humanity, and the environments of the underworld and hell. However, chaos remains a ‘face without a mask’. This is due not only to the complexity of chaos itself, but also to the difficulty of formulating it in a system without losing sight of the concrete experience through what we use to represent its principles.

As Anticosmic Satanism does not accept deceptive experiences, the association of chaos with these religious and philosophical representations demands careful and well-studied work. Images of naked chaotic gods, for example, are generally used, as they represent the idea of non-social beings and opposed to human standards, as well as images of polymorphic beasts that refer to multiple existence in the primal circle of chaos, but they can not be established and institutionally accepted as chaos.

The idea of anarchy, slaughter, carnage and hatred also creates numerous imaginary models of what would be the manifestation of chaos. The term ‘chaos’ itself generates these models in people’s imagination. In fact, this has more to do with the common perception of the aggressive way that chaos presents itself in relation to the cosmos, than with its nature. If we think of chaos as liberation, return and rest in the full state of being, then the universe will become the figure of degeneration, corruption, death or evil. When this metagnosis of the system is truly achieved, the Satanist understands that chaos is in fact as beautiful as the cosmos is deplorable.

Black Flame: Study & Practice of the Anticosmic Tradition is an introductory text into the occult current of Chaos Gnosticism. Within its pages, the Tradition’s origins and primal influences are described in detail, taking us in a philosophical journey from ancient Babylonia and India, to modern-day Sweden. This is a foundational book for one’s practice within the Chaos-Gnostic current, one that describes self-initiatory rituals, meditations, and exercises.