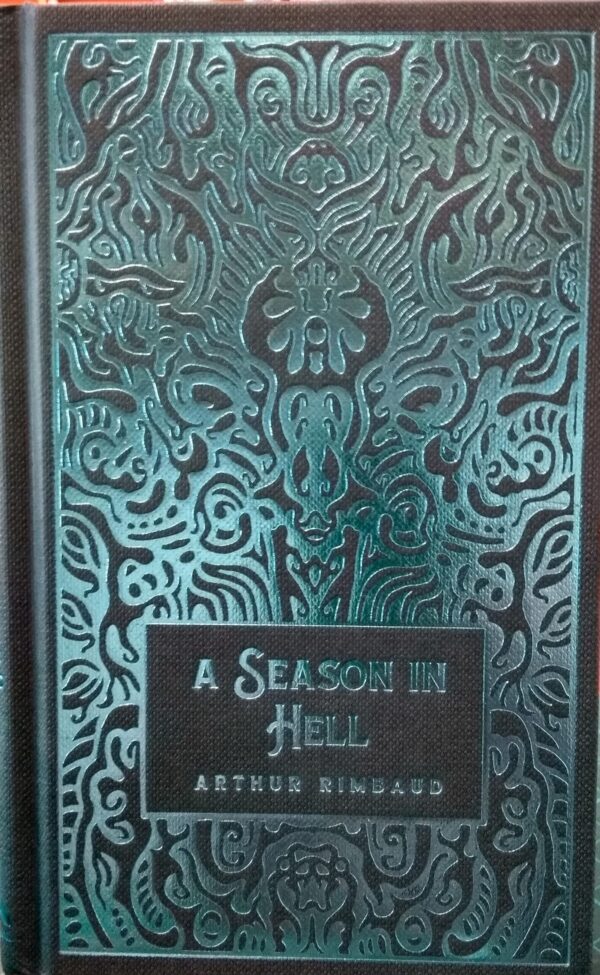 A Season in Hell is an extended poem in prose written and published in 1873 by French writer Arthur Rimbaud.

Bernard Mathieu describes A Season in Hell as “a terribly enigmatic poem”, and a “brilliantly near-hysterical quarrel between the poet and his ‘other’.”

The impact of Arthur Rimbaud’s poetry has been immense. His influence on the Surrealist movement has been widely acknowledged, and a host of poets have recognized their indebtedness to Rimbaud’s vision and technique. He was the enfant terrible of French poetry in the second half of the 19th century and a major figure in symbolism.

Rimbaud persuaded his mother to pay to have Une Saison en enfer published in Brussels in 1873. It is a diary of the damned that affords insights into his preoccupations, A Season in Hell is an intensely personal account of private torture and the search for a spiritual and an artistic resolution; a prose style studded with laconic formulae that are also seen in the one-liners of Les Illuminations; a sustained investigation of self, Christianity, and alternative spiritual and poetic options that is frequently lit up by the flare of Rimbaud’s memorable imagery.