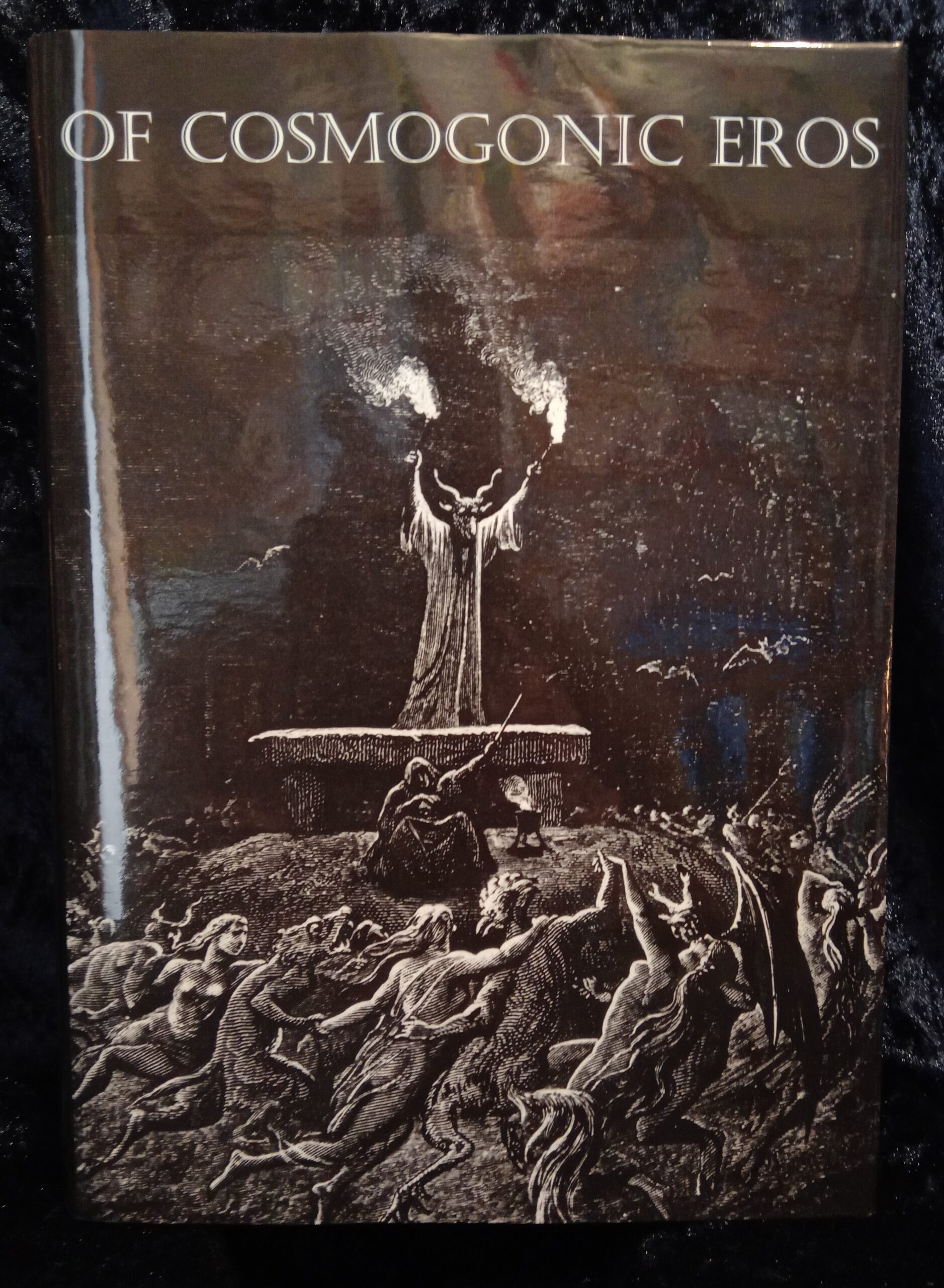 1st Theion edition. Out of print. Standard Hardcover. A pre-owned copy, but in good condition

Theion Publishing is proud to release the first-ever English translation of one of the most important metaphysical works of the 20th century: Of Cosmogonic Eros by the German visionary Ludwig Klages. This monograph is dedicated entirely to an in-depth examination of the mysteries of Eros and the most powerful forms of ecstasy. Here Klages presents a pandaemonic vision of becoming which is inextricably linked to an Eros whose elemental power shatters everyday consciousness and mates the individual to the secrets of the cosmos. The author seeks to restore Eros to his true status and function by carefully distilling his essence against all falsifications and distortions. Showing how Eros is related to Thanatos and integral to every true cultus of the dead and ancestral worship, Klages leaves no doubt that only the Eroto-Gnostic holds the keys to authentic Life and the daemonic empowerment of the Cosmos.

Of Cosmogonic Eros is an indispensable work for anyone seeking a deeper understanding of the nature of Eros and ecstasies and the metaphysical conflicts we face in modern times. For researchers and practitioners of Esoteric Traditions and Eroto-Magical systems of spirituality this book must be considered a treasure chest of insights and knowledge. It is a true rune of an Eros of whom Klages says that

Of Cosmogonic Eros greatly impressed and influenced thinkers and artists like Walter Benjamin and Alfred Kubin but also German esoteric circles and literaries such as the great Hermann Hesse who wrote that in this book “the nearly unutterable has been forged into words”. Spiritual teachers like the Tibetan Buddhist Anagarika Govinda and occult masters like David Beth received important impulses from this empowering work.