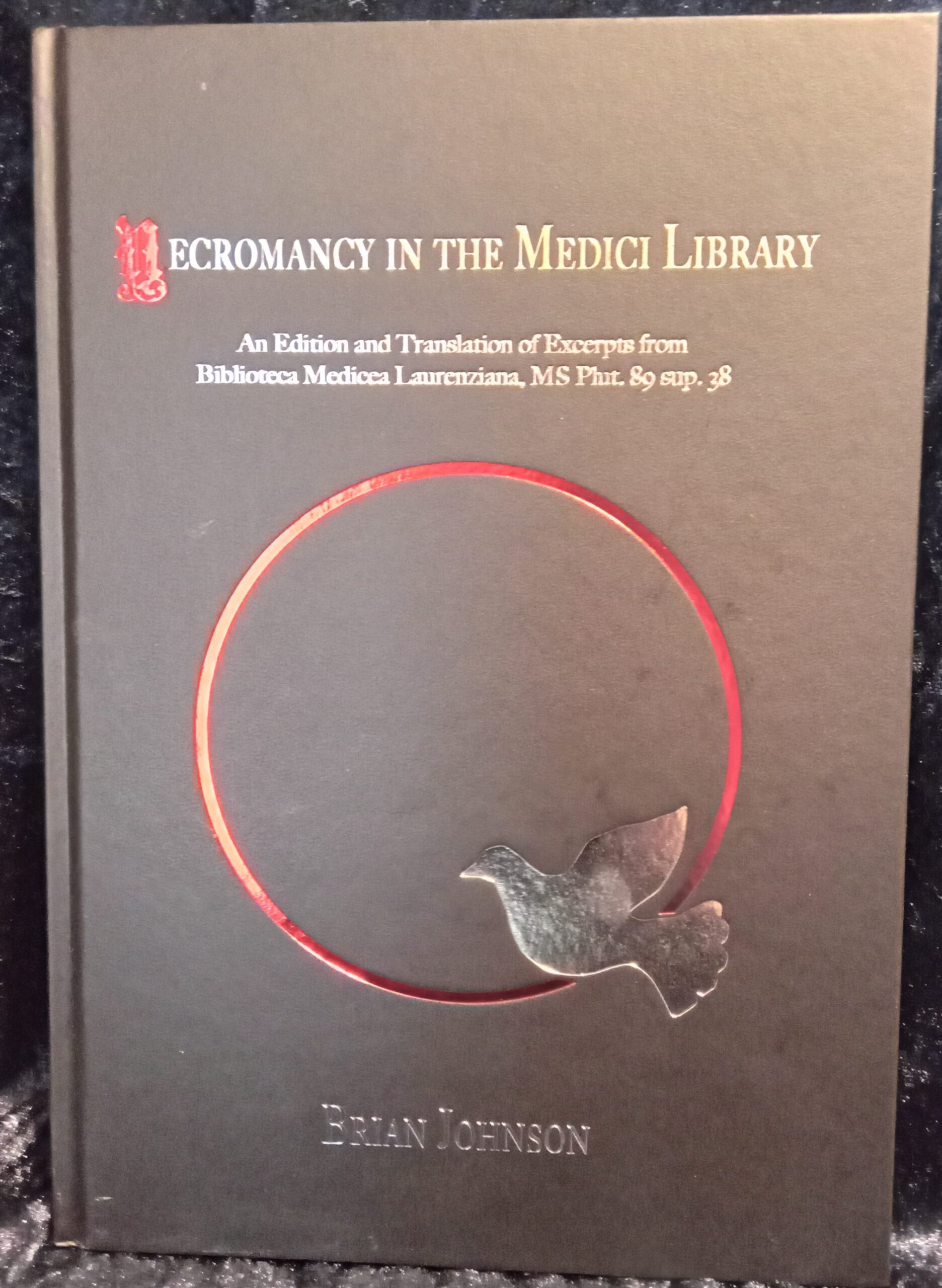 Necromancy in the Medici Library contains extensive excerpts from a necromancer’s handbook, detailing both general methods and particular rites of spirit conjuration, along with a veritable pantheon of the demonic personages.On the tumultuous eve of the sixteenth century, as Girolamo Savonarola preached apocalypse in the cathedral of Florence and his protégé, the neoplatonic philosopher.

Giovanni Pico della Mirandola, breathed his last under mysterious circumstances, all while the army of a French king marched on the Italian peninsula, an anonymous Roman scrivener was putting the finishing touches on his masterwork. But it was neither an illuminated book of hours nor an encyclopedic chronicle of kingly deeds to which he set his pen, for this copyist was a magician, and his humble notebook contained a treasure trove of arcane knowledge — knowledge that might bring him wealth, power, even love…if he could bear the risks it entailed.

Preserved in the Florentine Laurentian Library under the patronage of two Medici popes, published here for the first time are extensive excerpts from this Italian necromancer’s handbook, detailing both general methods and particular rites of spirit conjuration, along with a veritable pantheon of the demonic personages upon whom one might call. Including the original Latin text in parallel with a new English translation, this edition is also furnished with a critical apparatus and introductory essay which illuminate this manuscript’s place in a network of occult practitioners and texts that circulated all the way from the Papal States to the shores of England.