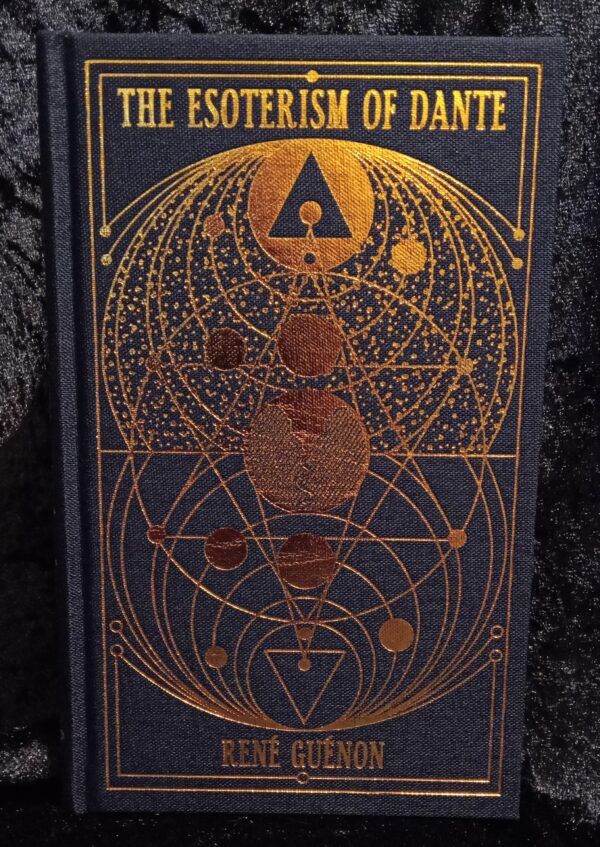 René Guénon, the founder of the Traditionalist, Perennialist movement of the 20th and 21st centuries, was involved in the study of the unorthodox, esoteric forms of many of the major world religions, specializing in their doctrines and the societies who follow them. One of his related great interests was the study of the layers of meaning in classical spiritual texts. Springboarding off the works of Gabriele Rossetti and Eugène Aroux, Guénon took the opportunity to point out that these scholars may have missed a significant layer on meaning in their respective analyses of Dante Alighieri’s Divine Comedy.

In The Esoterism of Dante, he gives us the keys to previously unsuspected layers of the seminal text, suggesting a spiritual initiatory path for a proposed esoteric Christian order.

This exceptional new translation by Perennialist, world religions specialist, and esoteric book reviewer Denis Poisson (from the Foolish Fish YouTube channel) brings a new lease of life to this fascinating text, doing for René Guénon what he, in turn, did for Dante, by bringing to the fore the hidden meanings of Guénon’s playful prose which had previously been missed by linguistically-focused, but esoterically untrained translators.