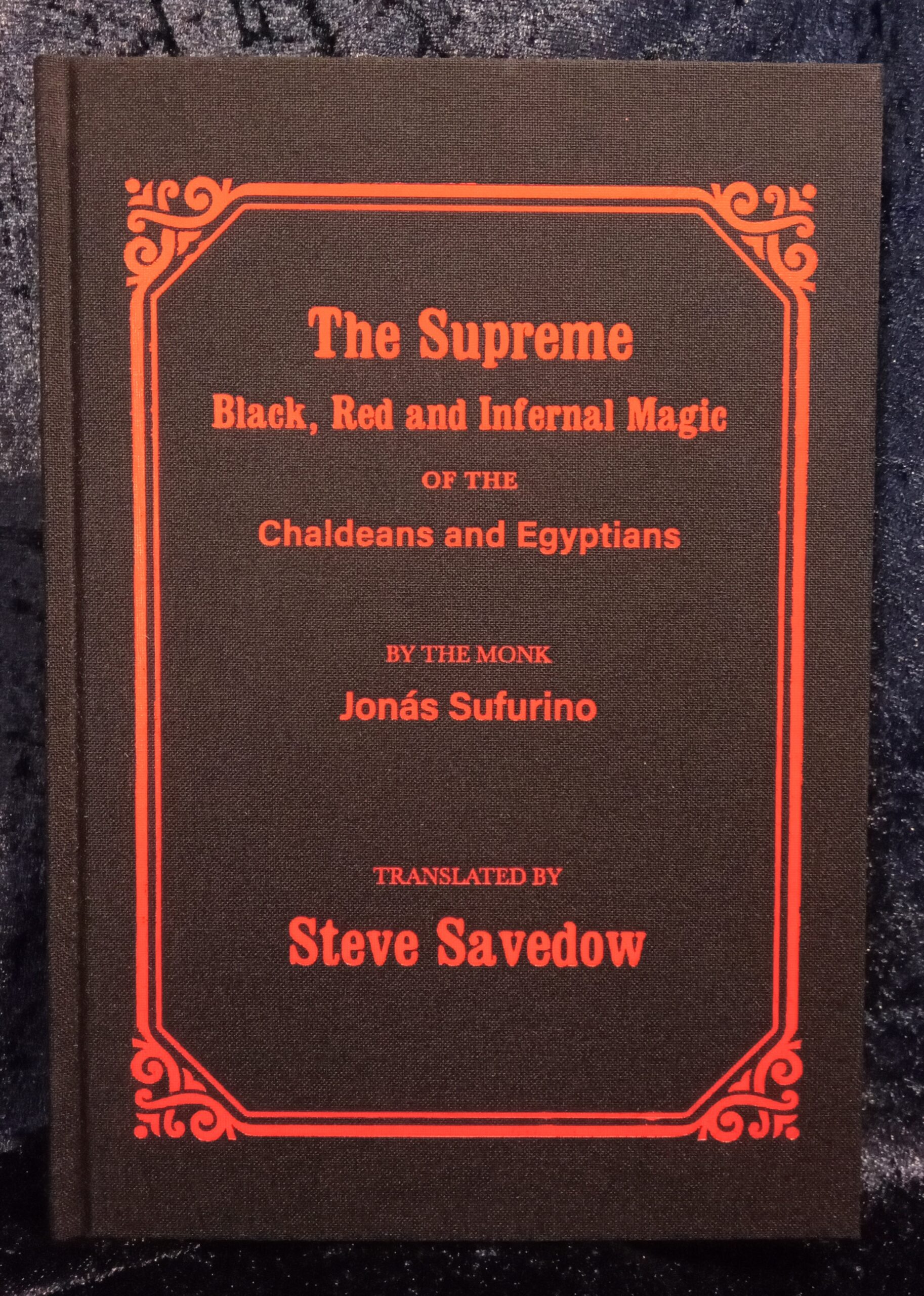 The Supreme Black, Red and Infernal Magic of the Chaldeans and Egyptians – Jonás Sufurino (Hadean)

The first English translation of The Supreme Black, Red and Infernal Magic of the Chaldeans and Egyptians, being the companion volume to the Book of Saint Cyprian, is an early 20th-century grimoire containing spells, hexes, and other infernal secrets of magic.

Allegedly given in 1001 to the monk Jonás Sufurino by the spirits at a monastery near Mount Brocken in northern Germany where witches are said to gather at Walpurgisnacht, the Book of Saint Cyprian is a legendary text that has seen a huge resurgence in popularity in recent years. The Supreme Black, Red and Infernal Magic of the Chaldeans and Egyptians, published in Rome in 1916, is the companion volume to that most mysterious book. Its editor, the elusive Dr. Moorne, encouraged by the success of the Book of Saint Cyprian, decided to publish the “other matters” found in the “German original” but which had not been included in that first publication. Here, for the first time in English, we present those other matters attributed to Cyprian himself.

In the words of Dr. Moorne, The Supreme Black, Red and Infernal Magic of the Chaldeans and Egyptians contains information on the following: the way of making the magic ointments; how the pacts with the infernal spirits are broken; the enigma of the sphinx and the eight paradoxical questions with their respective answers; how men learned the magical arts; making philters; the complete art of dominating people; virtues and efficacy of virgin blood; secrets of the astral fire; how Simon the Magician was able to acquire the gift of impassivity and incombustibility, and, finally, several wonderful recipes for love and to cause or prevent the evil eye and all kinds of hexes.