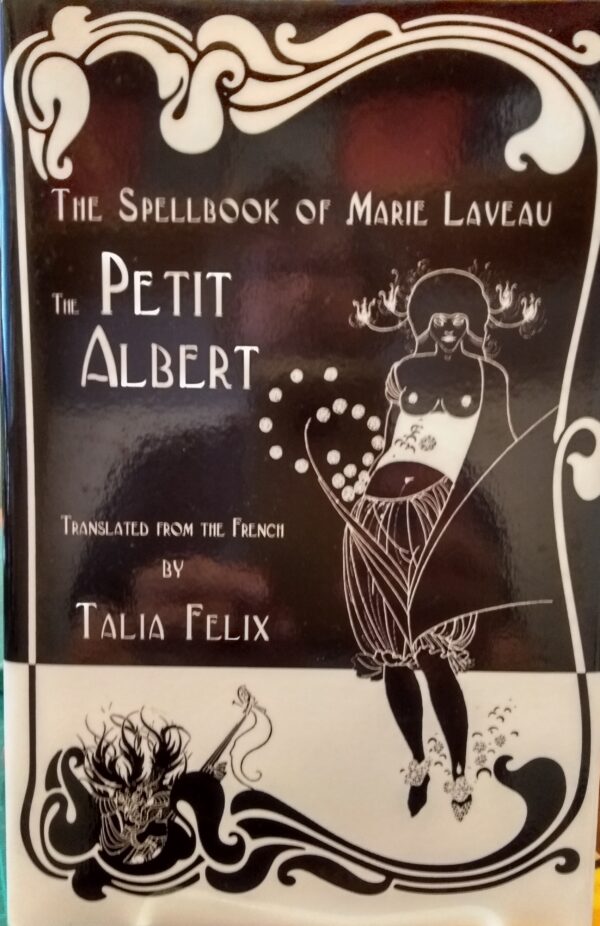 A pre-owned copy. Some minor wear, but generally good. Out of Print

The Petit Albert is a collection of recipes, talismans, and occult secrets attributed to several authors, chief among them Paracelsus, and compiled by a pseudonymous narrator who stresses that the secrets contained therein “do not in any way surpass the occult powers of nature; that is to say, of any of the known beings that are scattered throughout this vast universe, which are in the skies, in the winds, on the land and in the waters.” This cautious reminder did not change the opinion of the Catholic Church in regards to the Petit Albert – it was a book of black magic and therefore to be avoided at all costs, an attitude which assured the book’s popularity among nobles, farmers, and priests alike.

From its first printing, the Book of the Fantastical Secrets of the Petit Albert made its way into the most rural of French hamlets and eventually to the colonies beyond, where it became a great success in the Caribbean and North America–especially in Québec in the north and in New Orleans in the south. It is there that the Petit Albert was almost certainly used by the hoodoo and voodoo practitioners of the nineteenth century, including the Voodoo Queen herself, Marie Laveau.

In The Spellbook of Marie Laveau: The Petit Albert, translator Talia Felix presents the full text of the Petit Albert in the English language, and offers a compelling argument that the Petit Albert was most likely one of the spellbooks in Laveau’s arsenal, if indeed she was literate at all. At the very least, as Ms. Felix states in her introduction to the book, “it presents a period-correct view of the sort of magical knowledge that was likely to have influenced the real and genuine life and works of the famous Marie Laveau, and of New Orleans Voodoo as a whole.”

Talia Felix was born and raised in Hermosa Beach, a suburb of Los Angeles. Her childhood dream was to study art in Paris. A chance encounter with etymology in high school led her to begin studying historical French language. Felix is also a practitioner of American hoodoo style folk magic and has authored the occult subject books The Conjure Cookbook, Conjurin’ Ole Time and Death and Destruction.