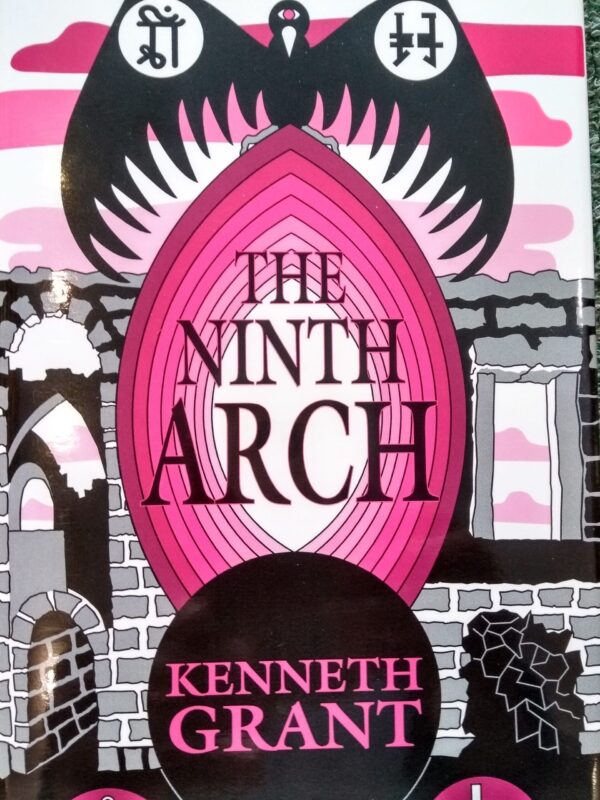 2017 Starfire edition, now out of print. A pre-owned copy, but like new

he Ninth Arch is the final volume of the Typhonian Trilogies. It comprises an extended analysis of and commentary upon Liber OKBISh, The Book of the Spider, a transmitted text which was received in the course of the Workings of New Isis Lodge in the 1950s. Grant’s novella Against the Light (Starfire Publishing, London; 1997, 2016) casts some of the themes of Liber OKBISh into fictional form.

New Isis Lodge was the final name given to a magical group developed by Kenneth and Steffi Grant over several years in the late 1940s and early 1950s. The main body of work by New Isis Lodge extended over the years 1955 to 1962, and it was on the basis of his experiences within this Lodge that Grant was later to publish his monumental series of nine volumes which has come to be known collectively as the Typhonian Trilogies. Including several O.T.O. members from Crowley’s day, an insight into some of their methods is given in Hecate’s Fountain (Skoob Books Publishing, London, 1992; Starfire Publishing, London, 2014). Another transmitted text, the Wisdom of S’lba, together with several chapters of commentary amd analysis, is published in Outer Gateways (Skoob Books Publishing, London, 1994; Starfire Publishing, London, 2015).