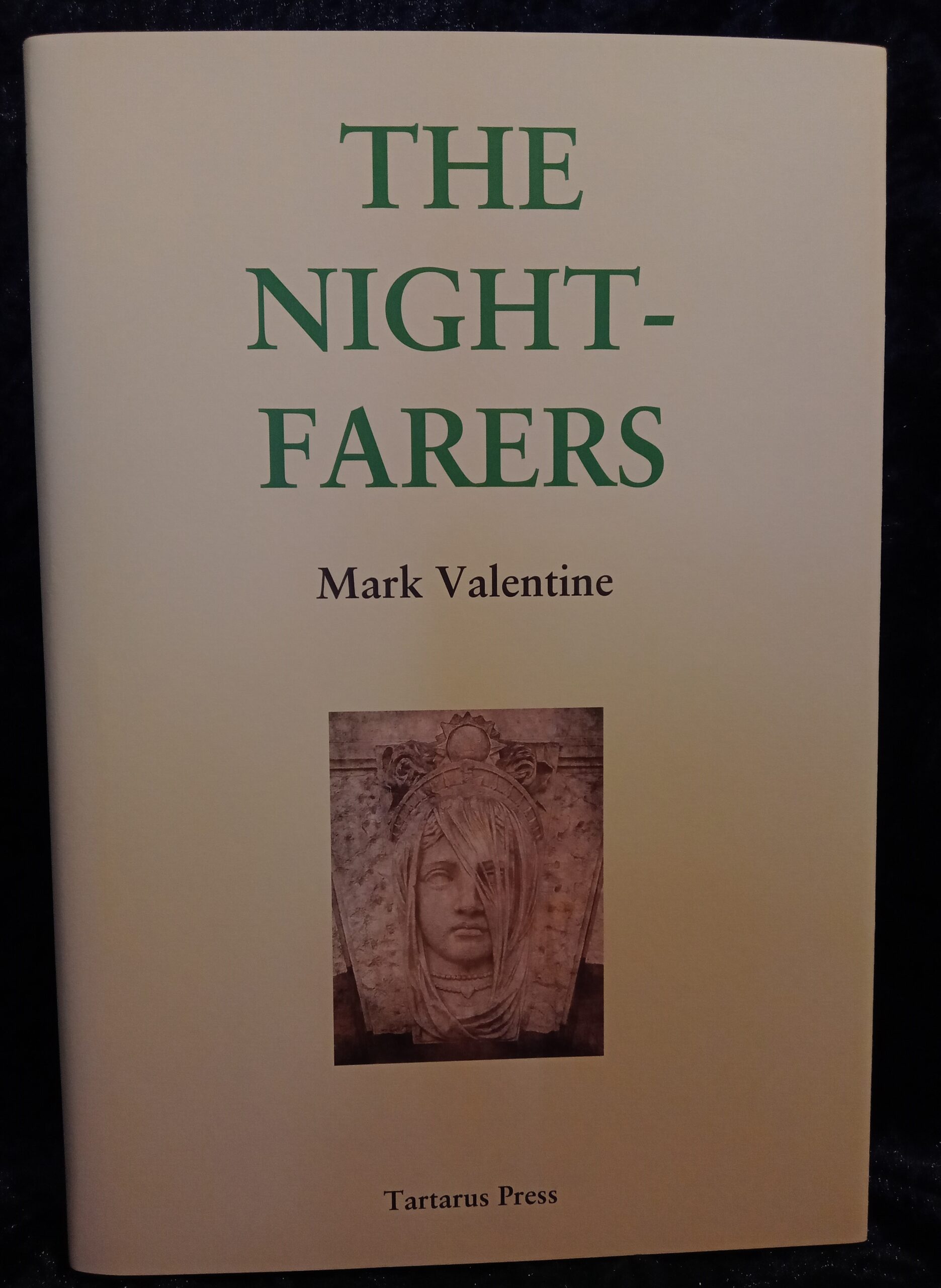 The Nightfarers is a sewn hardback of 219 pages, printed lithographically, with silk ribbon marker, head and tailbands, and d/w.

In The Nightfarers, you will discover the secret of a remote Lincolnshire island, visit the last official of a seventeenth century company of explorers, and watch for the light from a Moorish heliograph tower.

You’ll encounter a book that speaks for itself, books that aren’t quite books, and a rare book that really draws you in. There’s also the reincarnation of a decadent occult detective and another, reluctant sleuth who investigates an unusual printing press.

Other stories are set in the afterglow of old Empires in interwar Europe, in the same milieu as the author’s work in Secret Europe and Inner Europe (shared volumes with John Howard). They depict apocalyptic dawns, strange faiths, the stare of stone masks, a Prague actuary, an astrologer in Trieste, a scholar of lost languages.

This new edition of The Nightfarers, the first for over ten years, includes twelve of the original stories and adds two more from the same period.

‘The 1909 Proserpine Prize’, ‘Carden in Capaea’, ‘White Pages’, ‘The Inner Sentinel’, ‘The Dawn at Tzern’, ‘The White Sea Company’, ‘Undergrowth’, ‘The Seer of Trieste’, ‘Their Dark and Starry Mirrors’, ‘The Bookshop in Novy Svet’, ‘The Box of Idols’, ‘The Axholme Toll’, ‘A Walled Garden on the Bosphorus’, ‘The Mascarons of the Late Empire’, ‘About the stories’