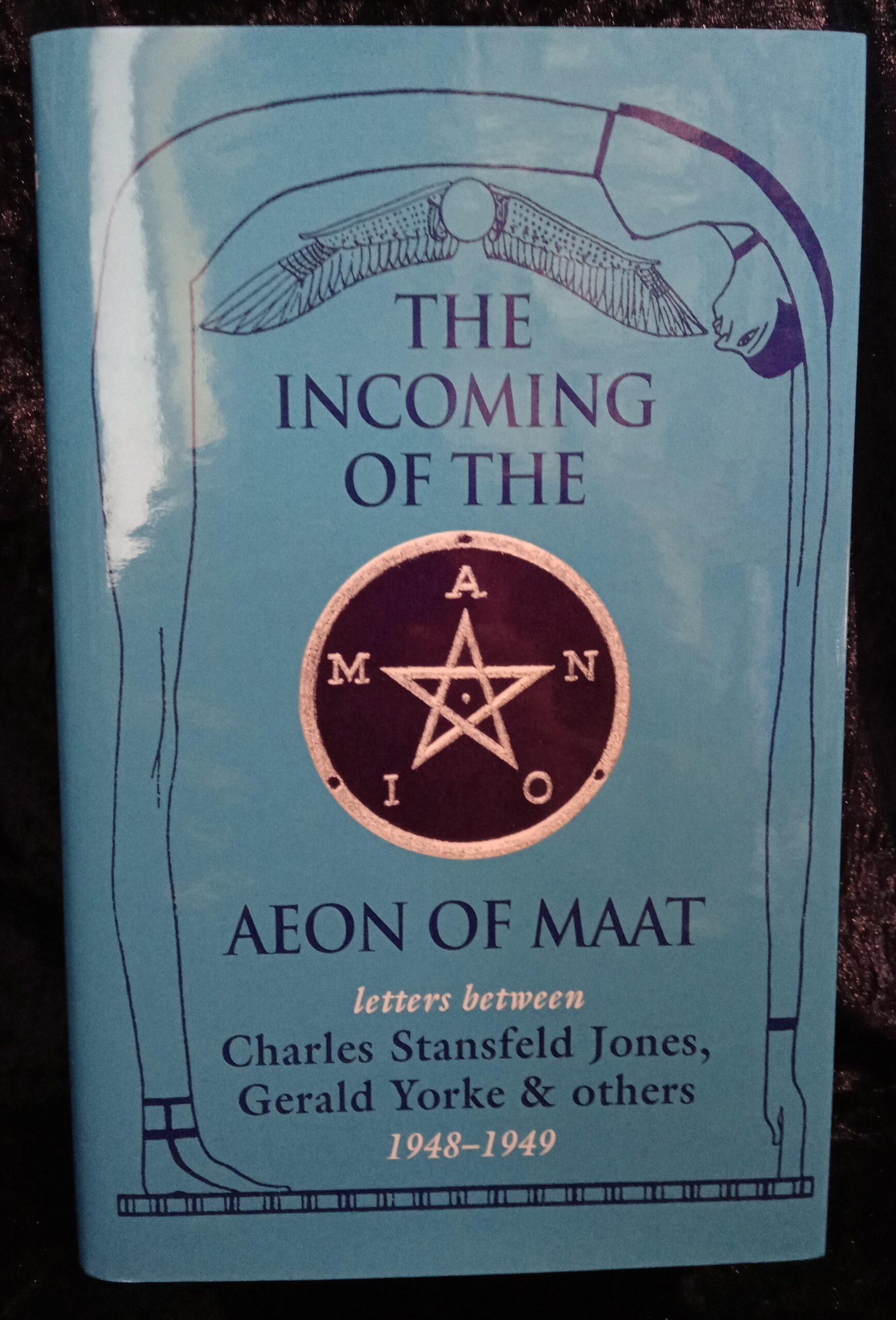 The Incoming of the Aeon of Maat – Starfire Press

“For many years, Charles Stansfeld Jones (Frater Achad) was a close colleague of Aleister Crowley in the A. A. and O.T.O., his ‘Magical Son’ and heir-apparent, involved in magical operations such as the Amalantrah Working of 1918. However, Jones began to develop and express his own vision of a forthcoming Aeon of Truth and Justice, as foreshadowed in the third chapter of The Book of the Law, an enigmatic text of three short chapters transmitted to Crowley in 1904 by a praeter-human Intelligence, Aiwass. Crowley saw the work of Jones as increasingly divergent from his own work as prophet of the Aeon of Horus, and the two men became ever more estranged. The distrust reached a climax when Crowley accused Jones of stealing a crate of his rare books and manuscripts. This accusation culminated in the ‘Release’ of 1926, a legal document dissolving all financial relationships between them.

After many years of silence between the two men, Crowley wrote to Jones in 1936, asking for help in preparing The Equinox of the Gods for publication later that year. Although this correspondence started in a friendly and creative fashion, it soon descended into acrimony, resulting in the purported expulsion of Jones from the O.T.O.

Soon after the death of Crowley in December 1947, Gerald Yorke wrote to Charles Stansfeld Jones asking for a copy of the latter’s Liber 31, the record of Jones’s discovery of AL as the Key to The Book of the Law. This request initiated a correspondence between Yorke and Jones which continued until the death of Jones on 24th February 1950. Because Jones had come to see Yorke as an archivist, much of this voluminous and fascinating correspondence dealt with historical matters in the relationship between Jones and Crowley. Crowley had Willed his papers to be sent to his successor, Karl Germer, in New York. To ensure that an archive of at least some of the papers remained in England, Kenneth Grant and Gerald Yorke were making typed copies of what seemed to them the most important diaries and other documents prior to the despatch of the originals to Germer. At the same time, John Symonds was writing a biography of Crowley, referred to in this correspondence under the working title the Life and eventually published in 1951 as The Great Beast.

On 2nd April 1948, Jones announced the Incoming of the Aeon of Truth and Justice as the Ma-Ion. From this time onwards the correspondence included material documenting the unfolding of the new Aeon which Jones had detected, in which he explored its ramifications and implications. Kenneth Grant drew upon this correspondence in the course of his Typhonian Trilogies, referring to it in Outside the Circles of Time as ‘Official and Unofficial Correspondence Concerning the Incoming of the Aeon of Maat’.

With the permission of the heirs of Jones and Yorke, the correspondence is here published at a length of approximately 500 pages with printed endpapers, a frontispiece, an introductory essay, a section of plates, footnotes, and an Index.”