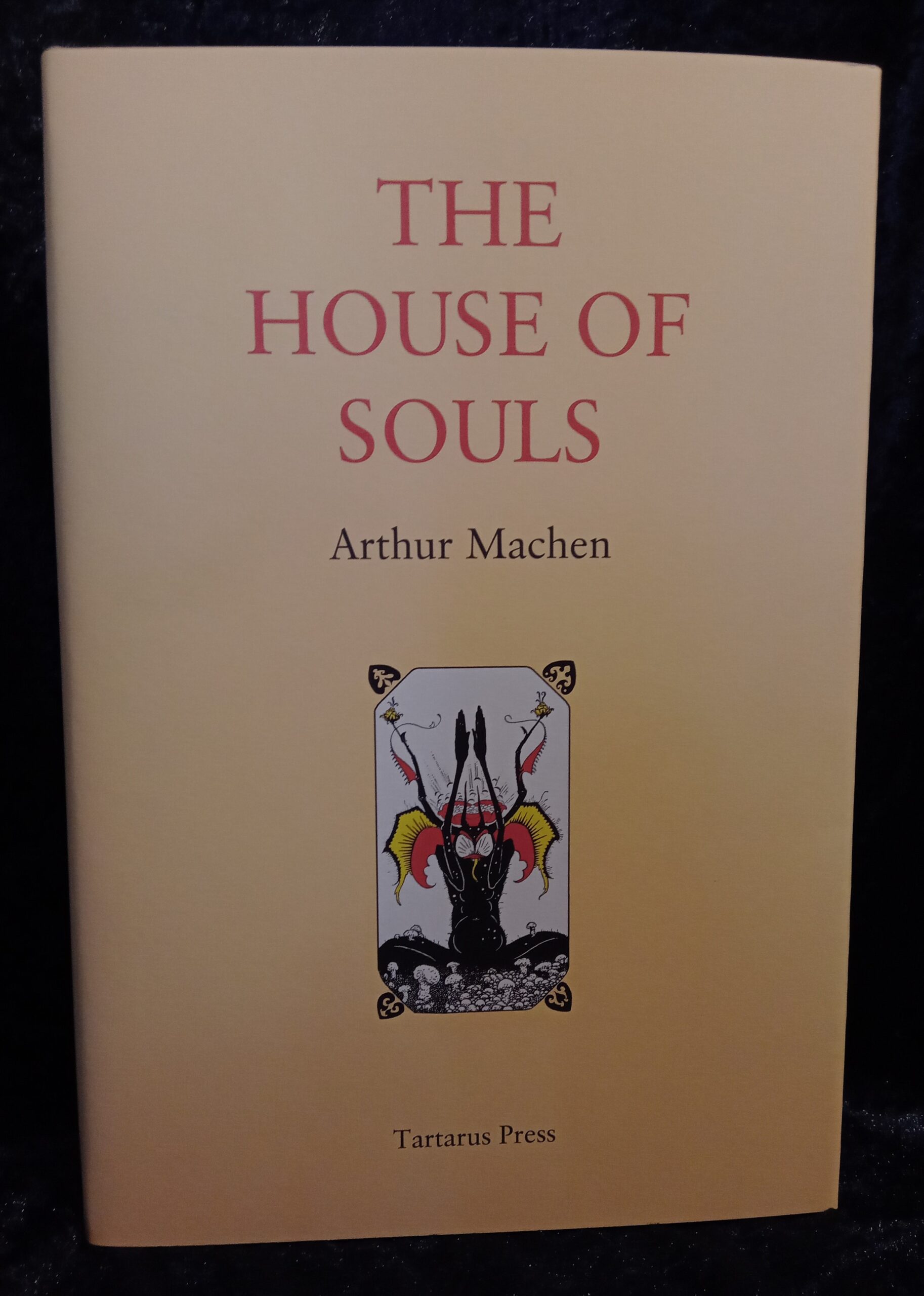 The House of Souls is a sewn hardback book, printed on 110gsm acid-free paper, printed and bound by Antony Rowe in grey wibalin cloth stamped in silver, gilt, grey and black, with head and tailbands.

The House of Souls, first published in 1906, is an omnibus edition of some of Arthur Machen’s best-known, controversial, and curious fiction. It contains ‘The Great God Pan’, his notorious 1890s tale of science and sex, and its accompanying story ‘The Inmost Light’. These appeared first in John Lane’s sensational Keynotes series, as did the portmanteau novel The Three Impostors, containing ‘The Novel of the White Powder’—another story of science gone bad—and the classic folk-horror tale ‘The Novel of the Black Seal’. ‘The Red Hand’ is a ‘shocking’ tale of curious survivals from the past lurking just beneath the surface of everyday London.

Perhaps less well known, and in an altogether more sensitively supernatural vein is ‘A Fragment of Life’, a quietly ambitious and affecting tale of a seemingly ordinary suburban couple who receive intimations of a much more numinous way of life.

But the tour-de-force of the volume is Machen’s occult masterpiece ‘The White People’, a ‘stream-of-consciousness’ tale far ahead of its time, written with the utmost empathy and panache.

This second Tartarus Press edition of The House of Souls collects together some of Machen’s essential writing, augmented by Sidney H. Sime’s extraordinary original frontispiece and board illustrations.