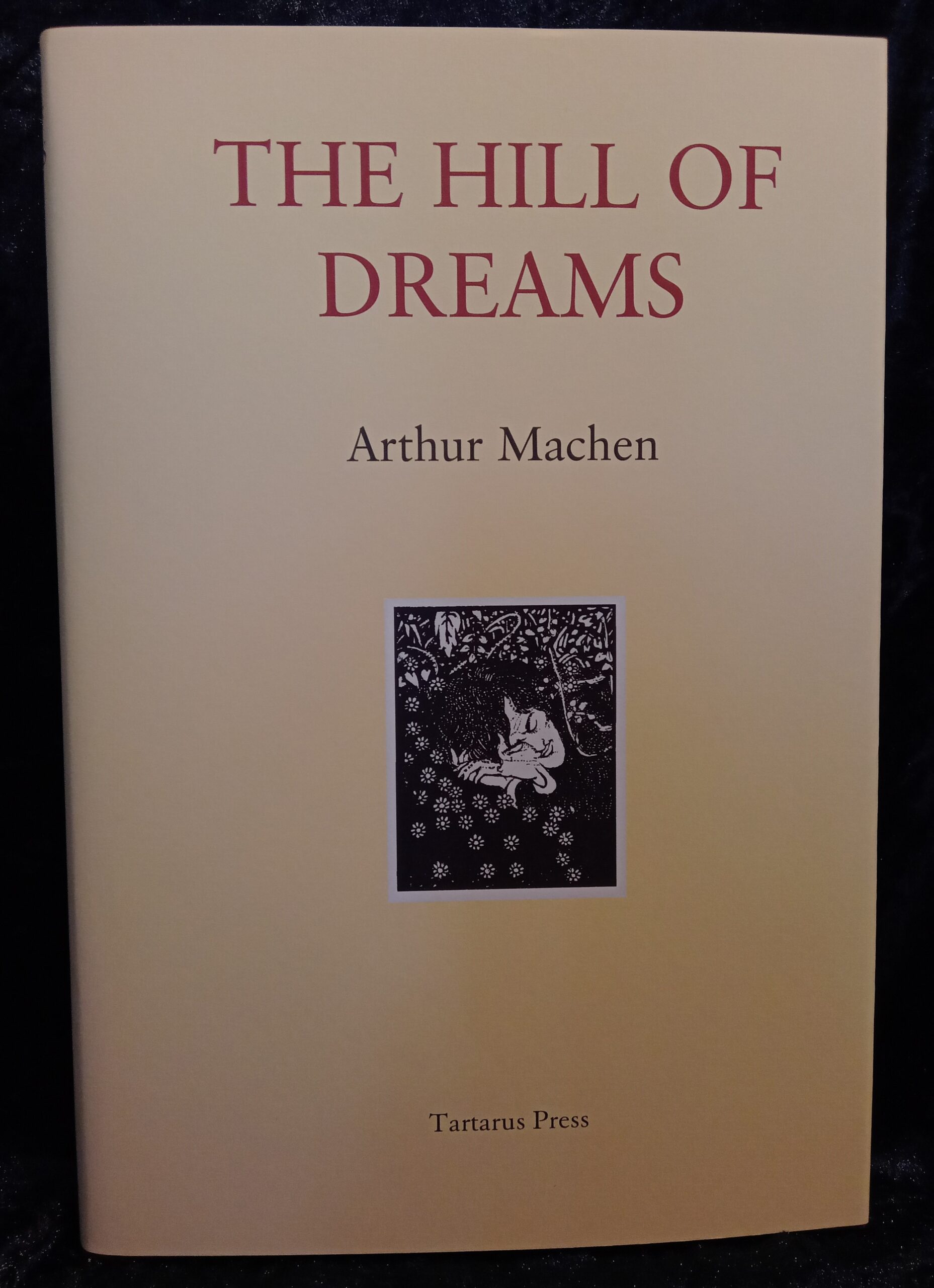 The Hill of Dreams is a sewn hardback book of 197 + xviii pages with silk ribbon marker, head and tailbands, and d/w. Limited to 300 copies.

In Far Off Things (1922), Arthur Machen asked whether it was possible ‘. . . to invent a story which would recreate those vague impressions of wonder and awe and mystery that I myself had received from the form and shape of the land of my boyhood and youth . . . Could one describe hills and valleys, woods and rivers, sunrise and sunset, buried temples and mouldering Roman walls so that a story could be suggested to the reader? Not, of course, a story of material incidents, not a story with a plot in the ordinary sense of the term, but an interior tale of the soul and its emotions; could such a tale be suggested in the way I have indicated?’

However, the book had already been written. The Hill of Dreams had been published in 1907, and has been lauded by writers as diverse as H.P. Lovecraft and Henry Miller.