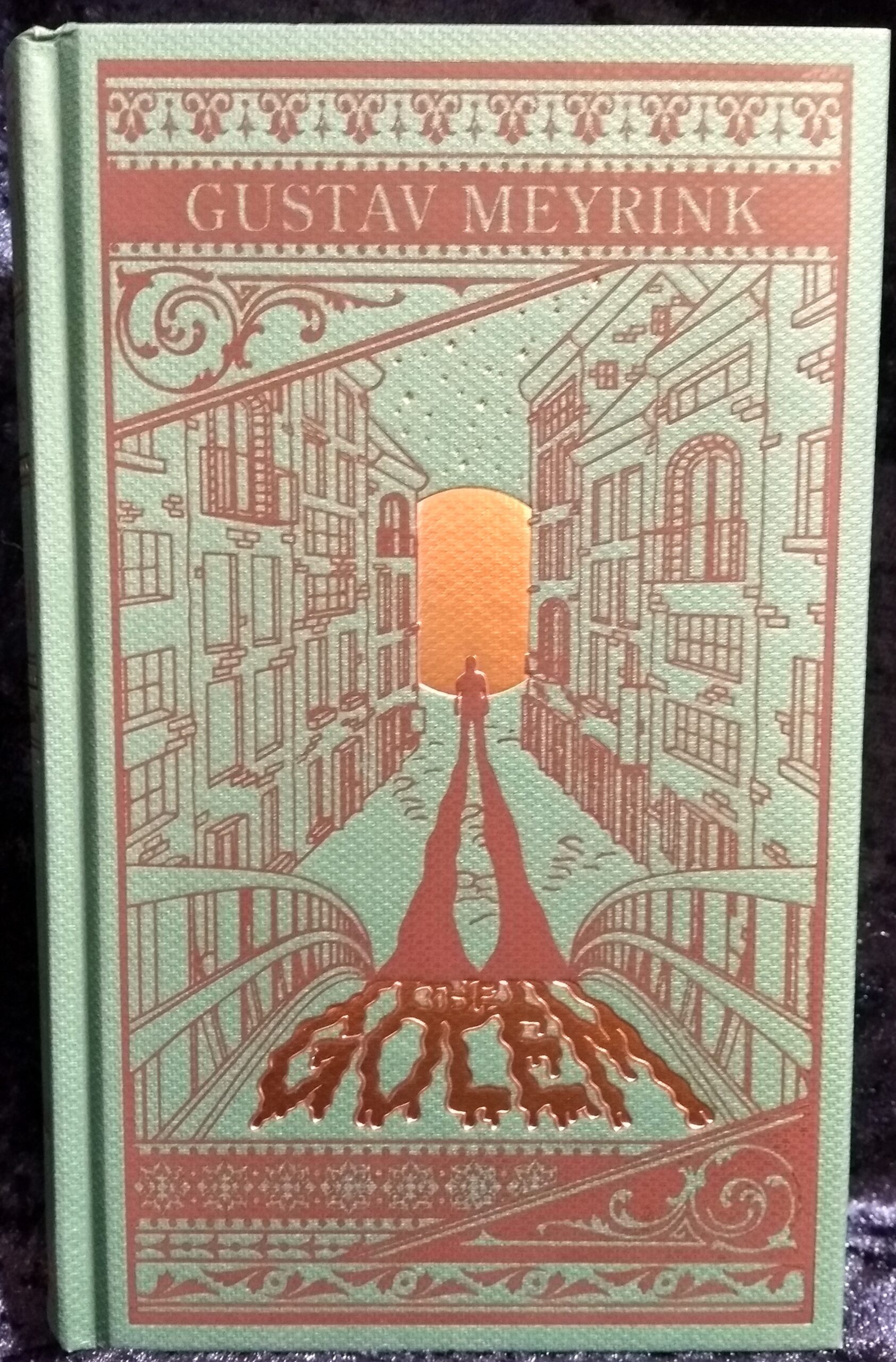 The Golem (original German title: Der Golem) is a novel written by Gustav Meyrink between 1907 and 1914. The novel centers on the life of Athanasius Pernath, a jeweler and art restorer who lives in the ghetto of Prague. But his story is experienced by an anonymous narrator, who, during a visionary dream, assumes Pernath’s identity thirty years before. This dream was perhaps induced because he inadvertently swapped his hat with the real (old) Pernath’s. While the novel is generally focused on Pernath’s own musings and adventures, it also chronicles the lives, the characters, and the interactions of his friends and neighbors. The Golem, though rarely seen, is central to the novel as a representative of the ghetto’s own spirit and consciousness, brought to life by the suffering and misery that its inhabitants have endured over the centuries. The story itself has a disjointed and often elliptical feel, as it was originally published in serial form and is intended to convey the mystical associations and interests that the author himself was exploring at the time. The reality of the narrator’s experiences is often called into question, as some of them may simply be dreams or hallucinations, and others may be metaphysical or transcendent events that are taking place outside the “real” world. Similarly, it is revealed over the course of the book that Pernath apparently suffered from a mental breakdown on at least one occasion, but has no memory of any such event; he is also unable to remember his childhood and most of his youth, a fact that may or may not be attributable to his previous breakdown. His mental stability is constantly called into question by his friends and neighbors, and the reader is left to wonder whether anything that has taken place in the narrative actually happened.

The Golem in Jewish Mysticism

The question of whether humans can create artificial life – and if so, how – is addressed in the Talmud, one of the most important collections of Jewish writings since Antiquity. According to the Talmud, the righteous are theoretically capable of creating a world, but their creative abilities are limited by their sins.

Nevertheless, pious Jewish mystics in southern Germany made their first concrete attempts to create a golem in the Middle Ages. In so doing, they sought to express their proximity to God and attain spiritual perfection. At the center of the act of creation were specific combinations of Hebrew letters, said to animate a golem formed of clay or dust. Unlike later golem legends, these Jewish mystics were predominantly focused on the process of creation. The procedure itself was more important that the purpose a golem might serve. (jmb)