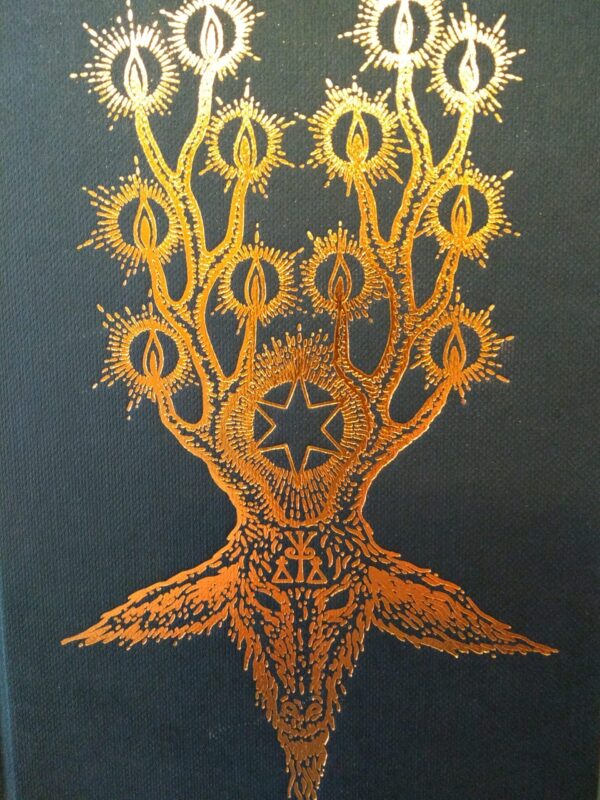 The operations of magic and witchcraft deal with the hidden worlds of spirit and the powers innate within the natural world; within plant, stone and magical loci. The ‘Old One’, who in folk tradition is often named ‘The Devil’ embodies both the ‘rend in the veil’ and the spanning bridge between the worlds of the material and spiritual, the revealed and the hidden. It is through union with this entity that witches and folk magicians gained access to the powers that reside within the hidden realms and the natural world, and could awaken the potent fire within.

In traditional folk belief, the Devil existed also as an embodiment of the chaotic forces of nature; a belief quite distinct and separate from that of the Church with its ‘Satan’ figure. To the witch, he might also represent the ‘darker’ aspects of the divine; the keeper and the revealer of the divine light, the psychopomp guide of souls, and the sentinel at the threshold unto the mysteries of death and the Otherworld.

Something, it would seem, of the ‘elder divinity’ and the old ‘spirit of the wild’ has lingered through to the present; permeating regional faery lore, the calendar of ritualistic seasonal folk-customs, and traditions attached to ancient landscape features.  The themes of untamed, wild nature; its freedom, its spirits, its power and its magic, so repugnant and threatening to the Church, were grafted onto the diabolical; affording yet greater preservation of the Old One for those who sought to stray from the path of limitation and conformity, and tread instead the hidden ways of the witch and magician.

Historical witch-lore records varied rites of initiatory contact, via which the worker of magic and witchcraft entered into a close, working relationship and union with the Old One and the spirit world. Via such union, would the ways unto curing ailments, exorcising ill influence, the attainment of desires, and the destruction of the oppressive be known, and the old artes of the circle, the spirits, the knotted cord, the pierced candle, the witch-bottle, the magical image and the spoken, inscribed and herbal charms be mastered.

From this wellspring of inspiration ‘The Devil’s Dozen’; a modern ‘gramarye’, or ‘black book’ of thirteen Craft rites of the Old One has been created and is offered by a present day initiate of the ‘Old Craft’

Within its pages there are to be found thirteen rites – for both the ‘lone’ practitioner and the assembled companie – of vision, sacred compact, dedication, initiation, consecration, empowerment, protection, illumination, union, transformation and devotion.