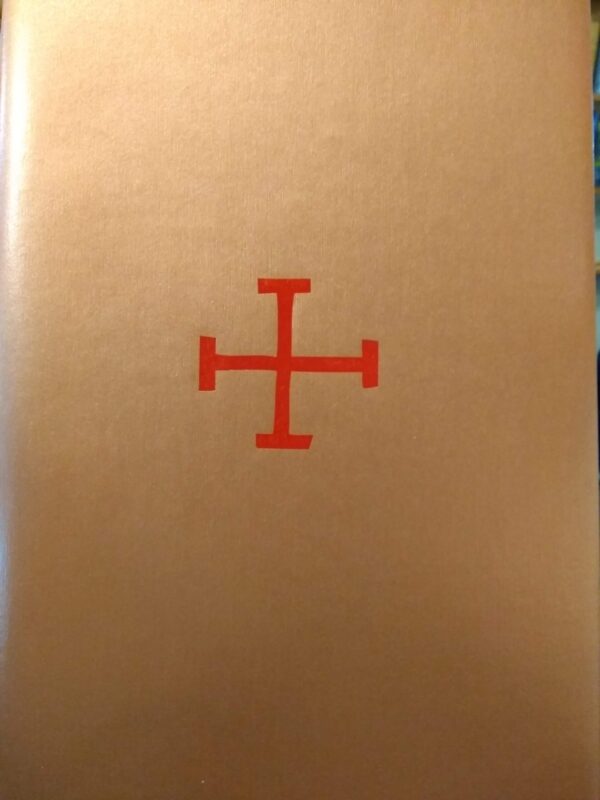 Limited to 1225 copies; bound in red linen cloth charged with a cross potent in copper, textured white endpapers, white and red silk ribbons, and copper dust jacket. A Venus kamea is placed within each book. New

The Brazen Vessel documents the creative, magical partnership of Alkistis Dimech and Peter Grey from 2008 to 2018. It comprises selected texts, essays and presentations, including many previously unpublished works, essays which have fallen out of print and texts that were only published online. The anthology marks the first appearance in print of such pivotal texts as Rewilding Witchcraft, a translation of the critical goetic source Le livre des esperitz, and an extended and original treatment of the witches’ dance. The Brazen Vessel testifies to the prescient, provocative and influential nature of their work.

From the invocation of Babalon, given at the Thelemic Symposium in Oxford in 2008, to the eschatology of Babalon given at Occulture Berlin in 2018, the 35 works gathered here give insight into the process, thought and praxis of the authors, both as individuals with distinct bodies of work, and as a dynamic magical union. The works in The Brazen Vessel cast significant light on ideas developed through The Red Goddess (2007), Apocalyptic Witchcraft (2013) and Lucifer: Princeps (2015), and prefigures some of the material in Lucifer: Praxis (forthcoming).

The texts reveal the continuities and evolution of the authors’ work over a decade. Taken as a whole, their work proposes unorthodox and undogmatic understandings of Lucifer and Babalon, as demonised divine figures, as the sources of transmission of the western traditions of magic and witchcraft. A shared love of poetry and the magical power of the word is evident in their distinctive voices. Both have given primacy to the living body in their practice, through dance, performance, ritual and rites of devotion and ordeal. Both situate their magical work within the wider ecological and political environment. In a polyphony of texts, the ongoing dialogue between two practitioners is made apparent, and the important and innovative work of Alkistis given its due.

During the ten years documented in the anthology, Scarlet Imprint led a nomadic existence, moving from Brighton to Dover, the French Alps and the Welsh Borders, and finally to West Cornwall; these liminal landscapes and their denizens people the book. The texts evidence a second web of journeys to conferences, gatherings and symposia in London, Glastonbury, Brighton, Cornwall, Scotland, Norway, Belgium, Portland and Seattle. Overlapping with these are a series of pilgrimages to sacred sites from Patmos to Cefalù, to standing stones, stone circles, cliffs, caves and the wilds.

The Brazen Vessel is a work of process, experiment and risk, written by practitioners at the leading edge of the magical revival.