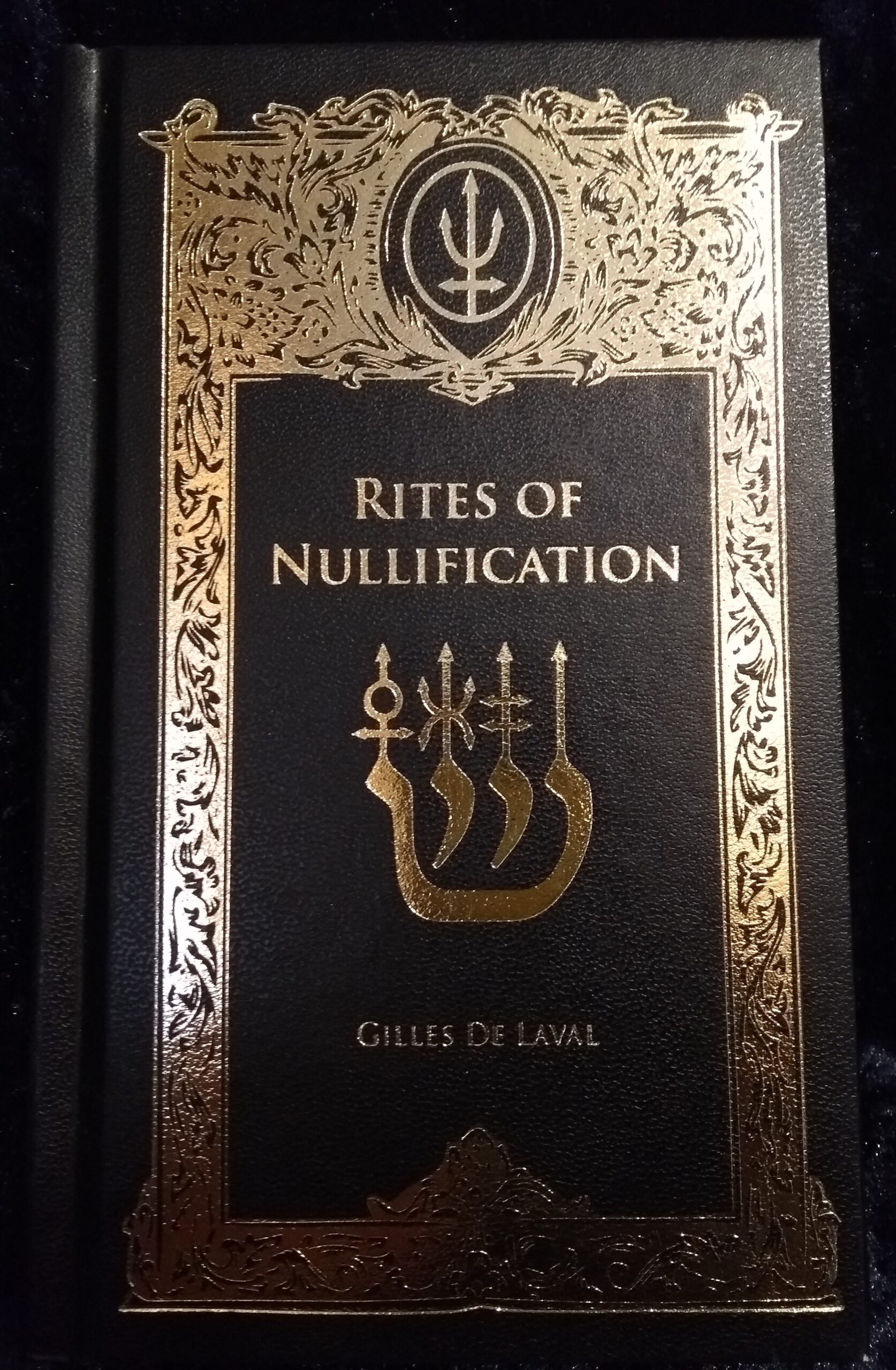 Strictly limited edition of only 50 exemplars. Each copy hand-numbered and stating its exact limitation.

Rites of Nullification comprise a detailed exegesis and expansion of a passage, in the book Black Magic Evocation of the Shem ha Mephorash, under notes for the demon Lekabel, which enumerate the four Qliphothic worlds of negation set in antagonism against the four Kabbalistic worlds of creation.

Originally written and released in truncated form as the thematic and lyrical underpinning of, and accompaniment to, the four-song album,1557: Rites of Nullification, by Swedish black metal ensemble Mephorash, it quickly became clear that the material therein cried out to grow into a more complete initiation, which is exactly what Aeon Sophia Press will be releasing: a full-praxis version of these ceremonies.

The grimoire enumerates and constructs a carefully and mathematically rigorous gnostic ceremony of the wedding of the Bride of Chaos using as its base structure a four-dimensional contemplative manifold formulated from permutations of the sacred binary, over which are overlaid a set of commonly used occult symbols to create a ritual space for the transformation of consciousness. These tools allow for that primordial differentiation, which gives rise to the possibility of experience itself, to be methodically disassembled. Using the book, the witch is given the opportunity to use demonic energies arranged carefully to deconstruct her own personality as if it were a scripture, giving rise to the possibility of new consciousness beyond the horizon of her reality tunnel, as she perforates it by marrying it to chaos.

In short, Rites of Nullification is an extremely detailed and exhaustive self-initiation that takes the practitioner on a deep dive into ritual and mystical Satanism, beginning with a betrothal to the Devil and commencing in the ur-gnostic bridal chamber itself.