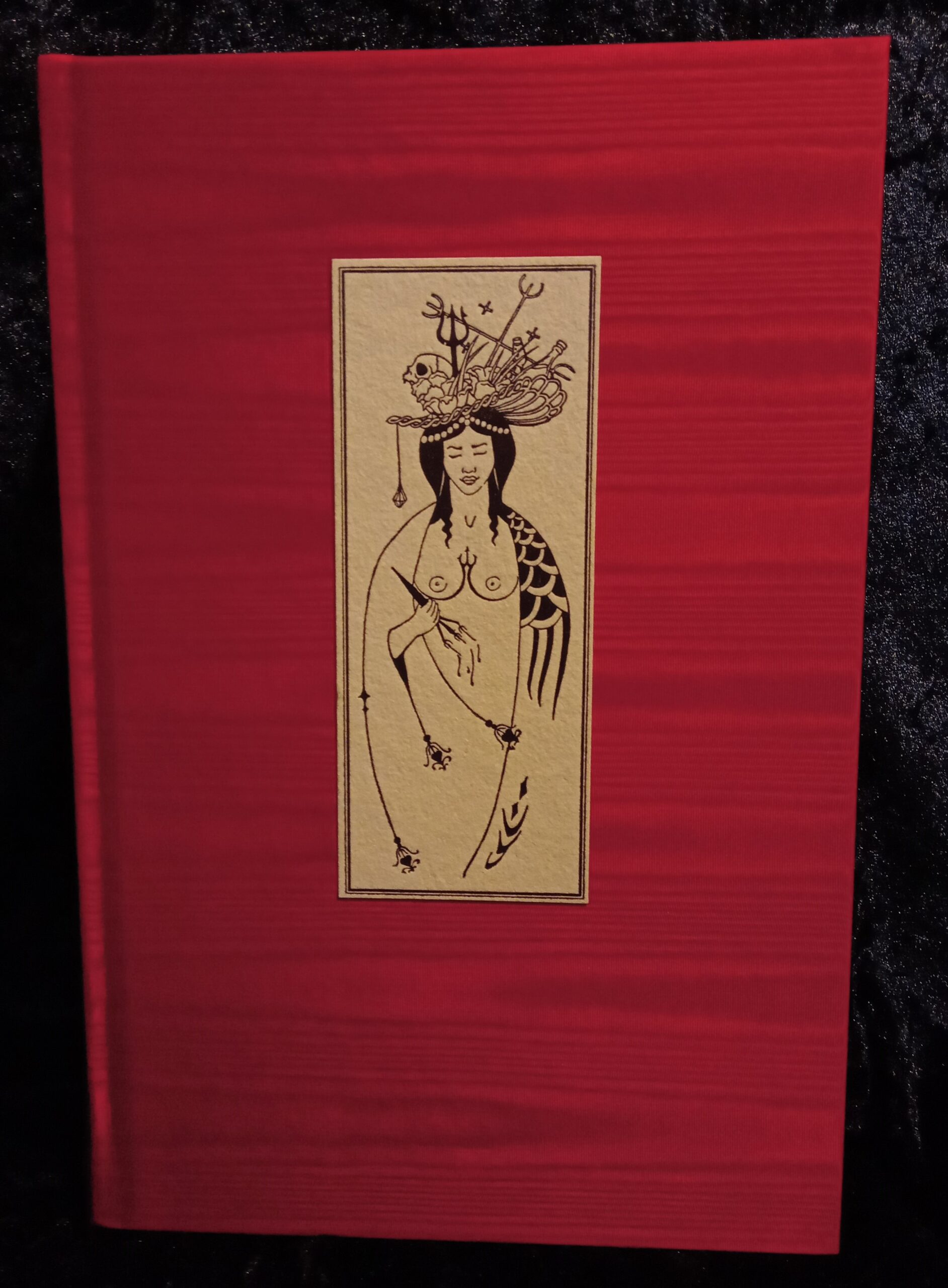 Standard hardback edition (Out of Print)

A significant study on the cult of Pomba Gira, this is the most comprehensive work in the English language on the Devil’s mistress, whose Brazilian cult has bewitched so many. It is a book that those seeking congress with the current of strong female magical sexuality have long desired. A beguiling spirit, Pomba Gira gives solace to the broken hearted, vengeance for the wronged, and a fierce path for those that would take her as muse.

In Pomba Gira and the Quimbanda of Mbùmba Nzila Frisvold gives explicit workings, baths and waters, her songs and chants. Her plant allies among the nightshades are described in a full herbarium. The attractions and dangers for both men and women who make cult to her are presented, as are her many faces. Pomba Gira has origins in the witchcraft of Portugal, the Basque Country as well as Congo and the native influences of Brazil. The witchcraft fusion makes her cult particularly accessible to Westerners whose own traditions share much ground with Quimbanda. Frisvold carefully unravels the skeins, revealing her origin in historical figures such as Maria Padilha, but more deeply still through archetype and myth to the very essence of her skin shedding nature. He finds the origin of her name in Congo, the cult of divine possession amongst the slave camps of Brazil, and brings us through to her more modern manifestations and his personal work with the Queen of the Fig Tree in Hell. As an initiate and devotee, he gives an insider’s view with the same respect and experience he demonstrates in Palo Mayombe: The Garden of Blood and Bones. We walk through the Queendoms of Lyre, Cemetery, Sepulchres, Streets, Crossroads, Wilderness, Soul, Oceanshore and Calunga.

The workings of twenty four different Pomba Giras are given, from Cigana the gypsy to the split skull face of Rosa Caveira. Through the razor blades in honey, the cigarette smoke and the sweet anisette spilt in the graveyard, Pomba Gira takes seductive shape.