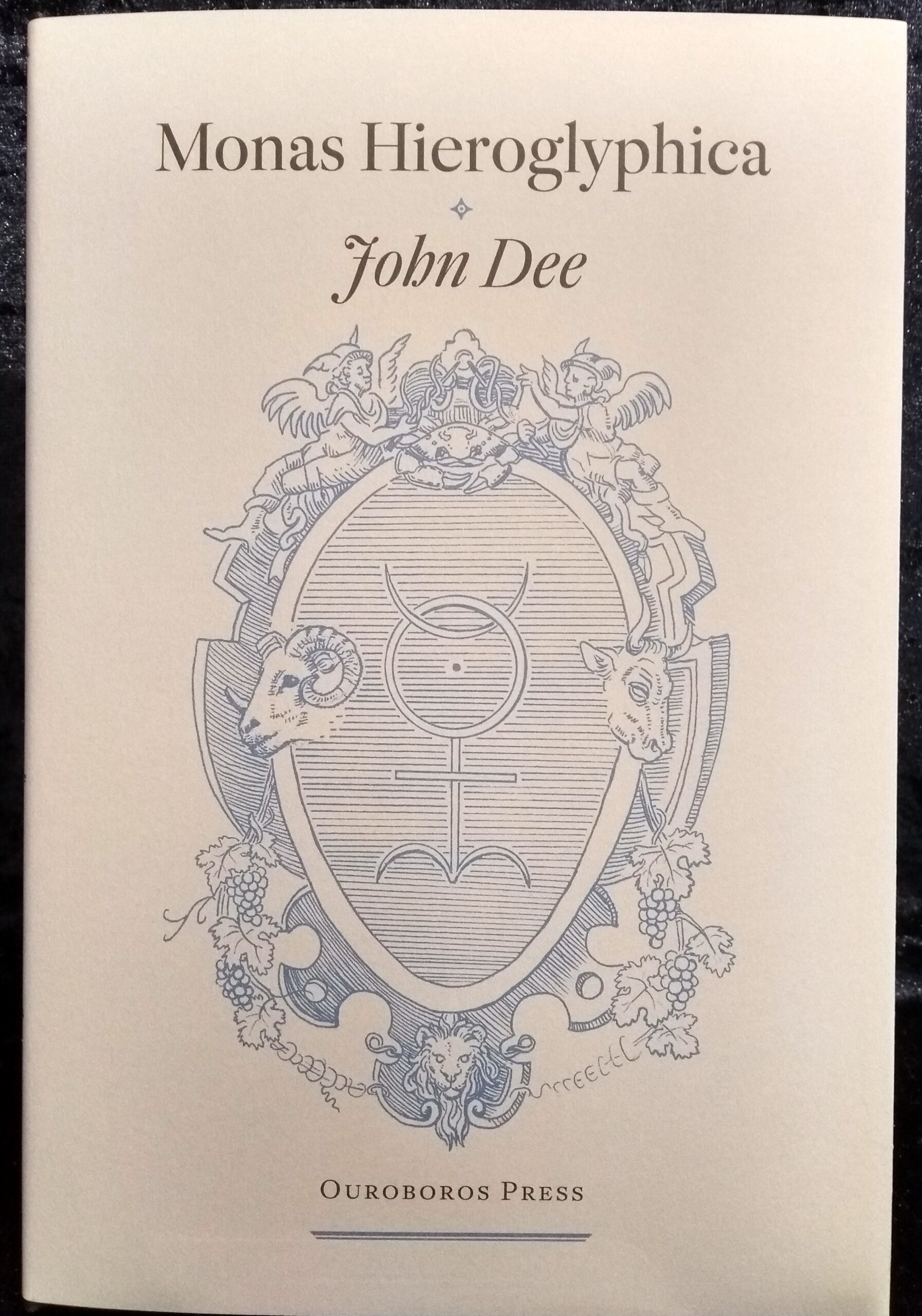 Book cloth with gold stamping to spine and front board.

Elizabethan Magus John Dee is an intriguing figure in the history of ideas and the Hermetic Tradition. The Monas Hieroglyphica represents one of his most important works and expounds upon his monadic glyph in a series of 24 theorems in terms of mathematics, magic, kabbalah and anagogy. The art and meaning behind geometric marks, signs, seals and sigils owe much to this text of occult science.

The first edition of the Monas Hieroglyphica was printed by Guiliemus Silvius at Antwerp, 1564. The book is dedicated to the Emperor Maximiilian II., and there is a letter to the printer in which he is requested to set up the book in as close an imitation of the manuscript as possible, in so far as the diagrams, marks, capital letters, and so on are concerned. Apparently Dee attached importance to such details, as they formed part of the significance of his symbol. There was a reprint in 1591. – John Ferguson

In this new translation from the original Latin, Dr. Teresa Burns and Dr. Nancy Turner have rendered the most complete edition of the Monas Hieroglyphica to date. Employing all the current scholarship available since C. H. Josten’s 1964 translation, Dr. Burns has supplied scholarly footnotes which elucidate many of the enigmatic passages of Dee’s text. Included here are the letters to Maximillian and Silvius often lacking in other editions.

New illustrations carefully reproduced from the original 1564 edition have been rendered in ink by artist Michelle Anderst. The typesetting has been carefully and expertly executed by Joseph Uccello following Dee’s instructions to the original typesetter.