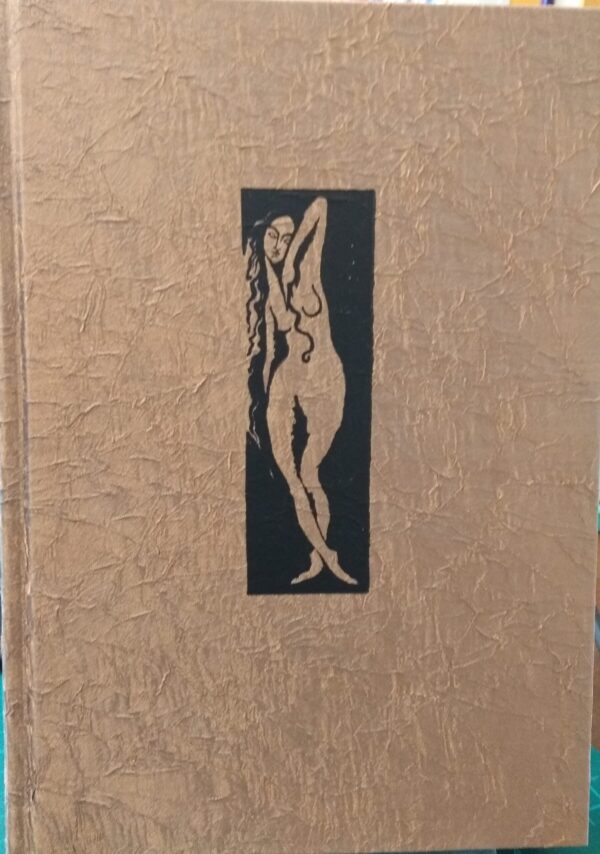 Limited to 450 + 50 hors commerce copies; bound in copper crushed cloth, stamped in black with the spirit of Mandragora.

Mandragora: Further Explorations in Esoteric Poesis is a companion volume to Datura, comprising nine extensive essays and the works of 48 poets. A chthonic and deeply rooted work. Pulled from the ground, its shrieks threatening madness, carved and anointed, given form and breath … so it is, the Word walks.

Dreams and revelations put to paper form the body of this second anthology of esoteric poesis. Datura, that silver deadly bloom, unfurled its petals to reveal the harmonics of inspiration born of moonlight, a narcotic song sung by a siren. Mandragora continues in this tradition, yet thrums also with its own chthonic music – the pulse of stars beneath the earth. The blood-body and the soul-mind meeting each other in the word, in things that grow and shift below – mycelia and nutritive rot, the green heart of a seed turning in the lightless deeps.

The poetry in Mandragora drives deep into the humus heart of experience – spellwork, praise, story, song. From the breathless brevity of haiku through the humming rhythm of the long meditation the thread of hidden history runs, telling in mosaic the story of the occultist, the witch, the worshipper, the scholar and the celebrant. Like Datura, this is a work of many voices from a rich diversity of practice, each burning the wick to illuminate a piece of the Great Work. Some voices will be familiar to those readers of the first anthology, some will be new, and all are testament to a continuing dedication to the sublime and challenging work of poetic and artistic craft in our communities.

In addition to the rich wilderness of poetry represented in these pages, Mandragora also presents nine essays on the nature of the strange, mad, chymical wedding of poet and magic, and the occult euphoria that follows it through time and space. Throughout these pages we glimpse the ghost of Orpheus, that god-touched and wandering patron of verse, in explorations of the poet as seducer of the gods, the role of verse in ritual theatre, and the poet in relationship with the Muse. Twice we are invited to fix our hearts on the lives and works of specific voices from the history of esoteric poetry in essays on Ted Hughes and Fernando Pessoa. The prophetic voice of the poet is explored, specifically in relationship to Brigid, as is the role of poetry in the grimoire tradition, the use of the cut-up technique in poetry and magic, and the relationship of poetry to the ongoing conversation between science and occult practice. In these essays the poetic word is grounded in tradition and history, rooted in thought – a face given form and a spirit animating its limbs.