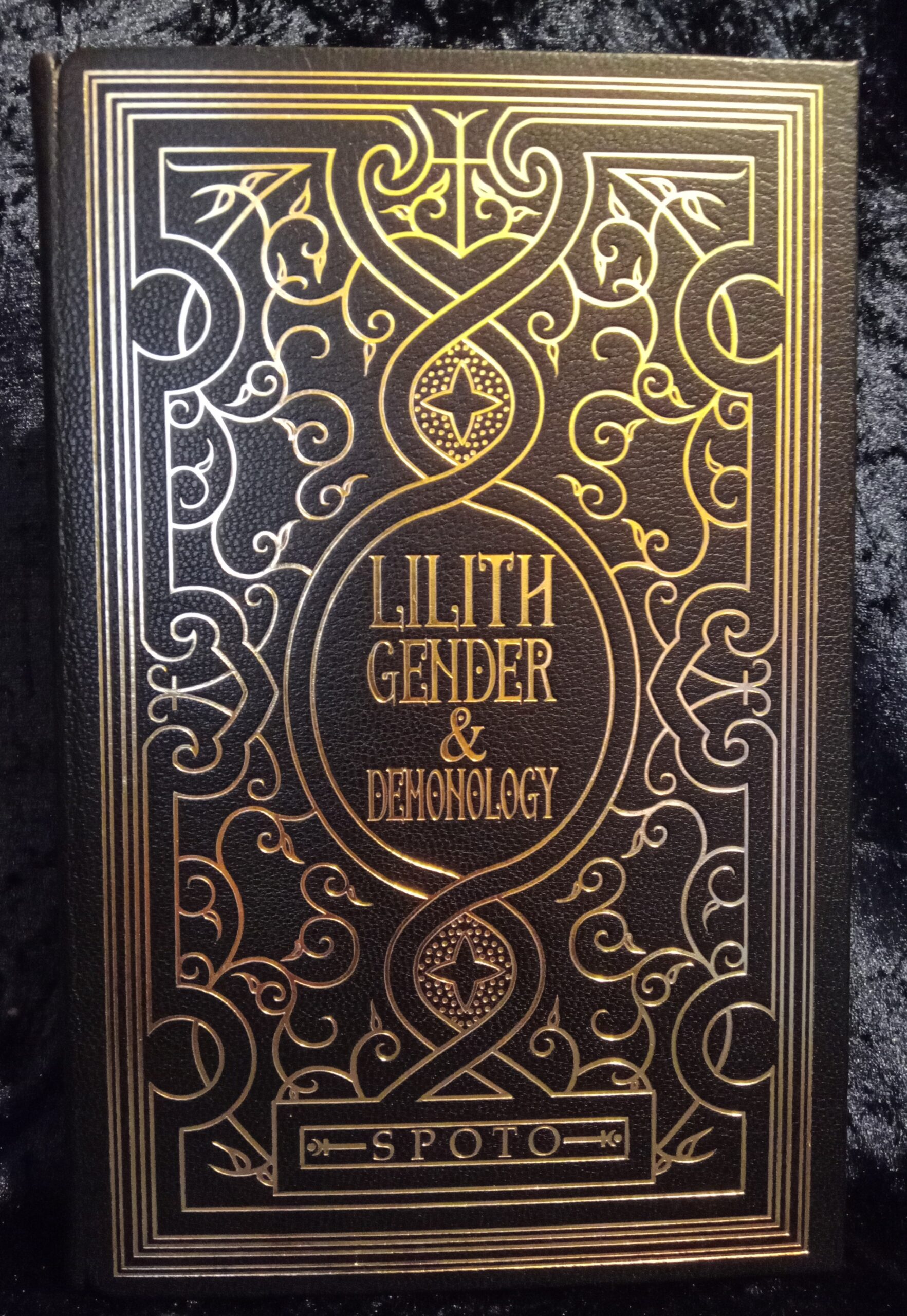 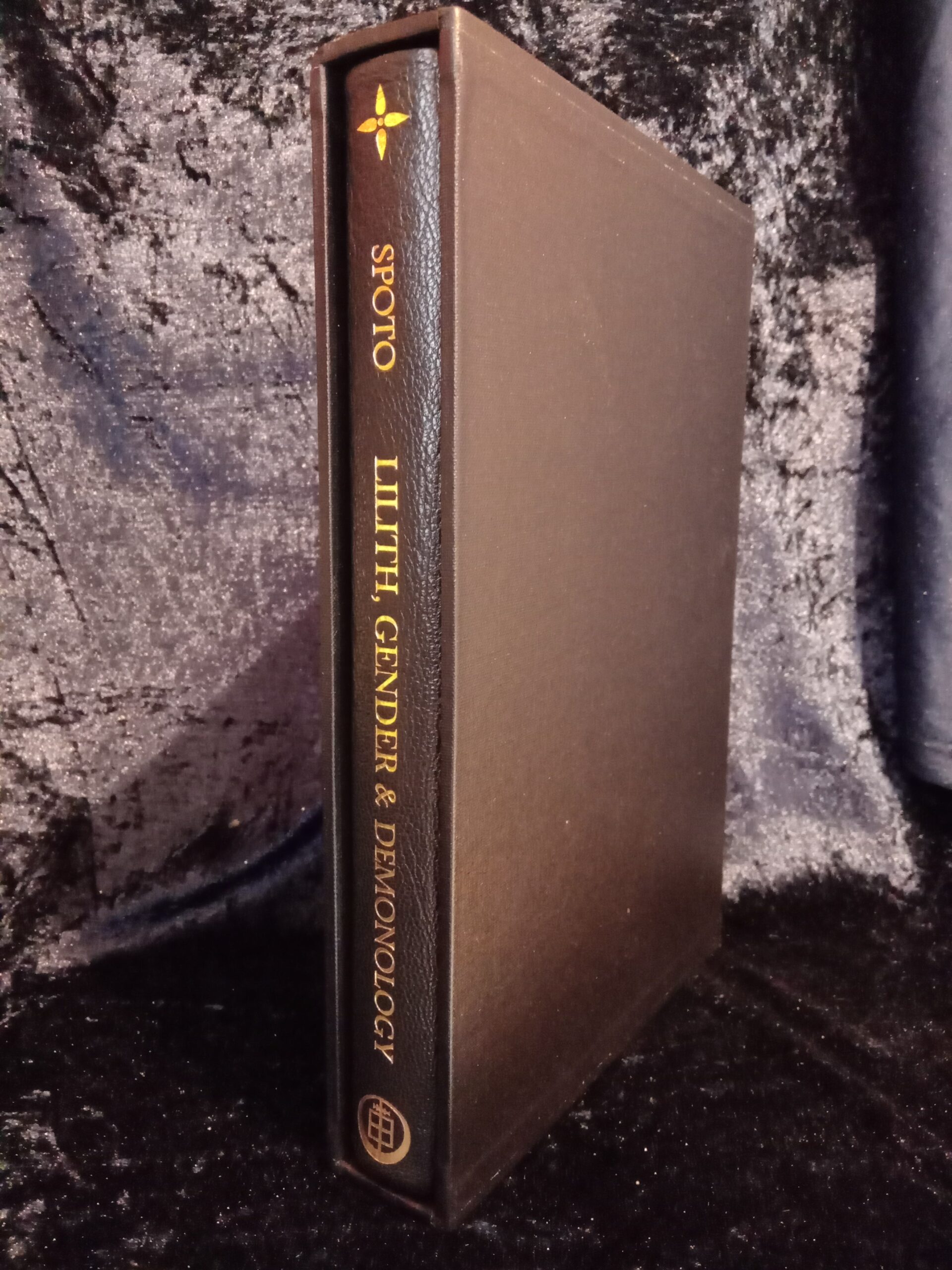 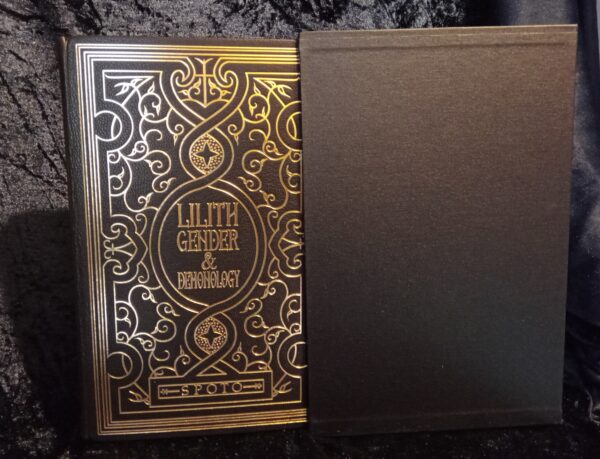 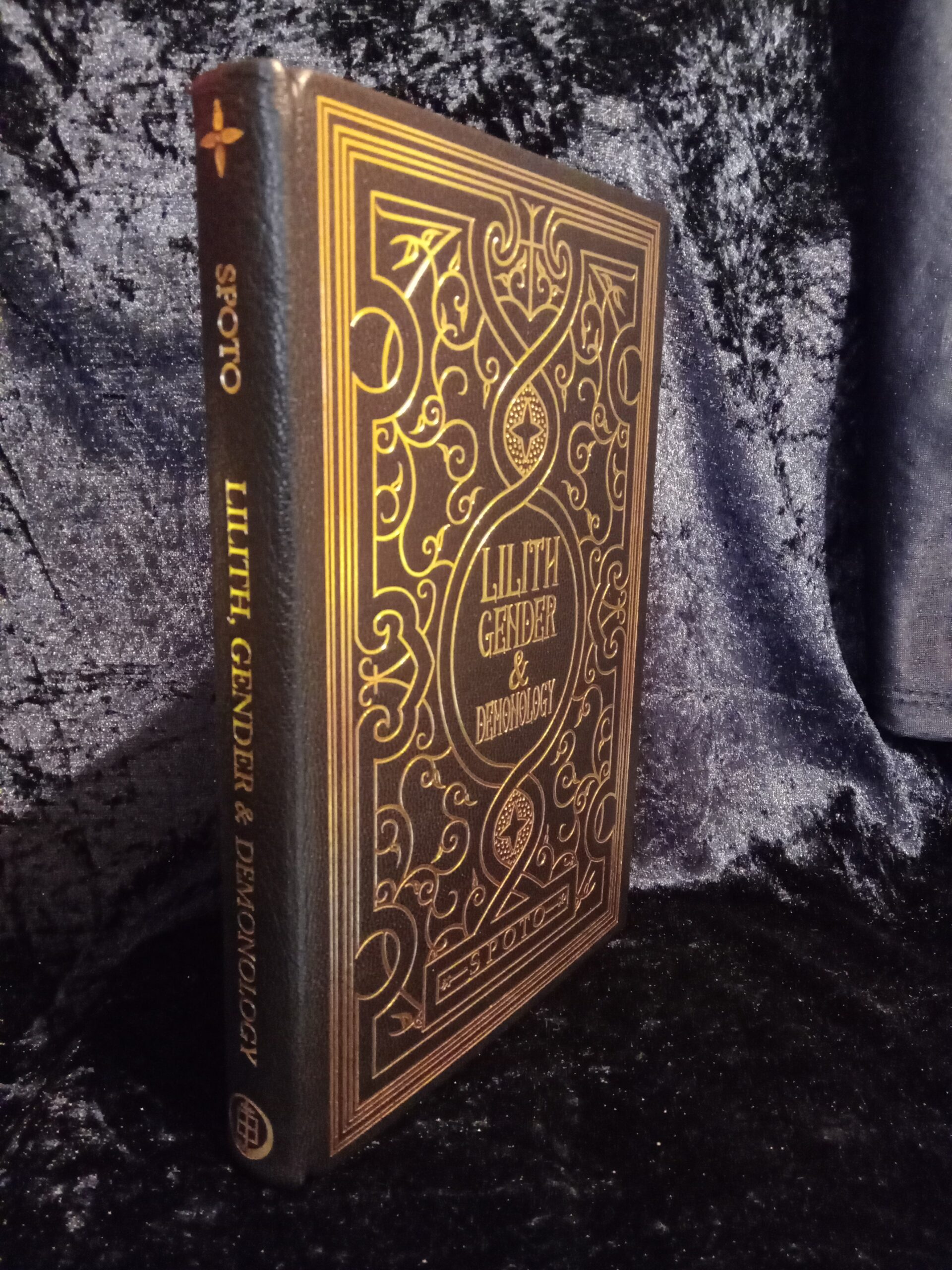 Book is bound in goat leather, gold foil blocking on both the front and back boards, marbled endpapers and custom slipcase. Only 22 copies produced

Spoto’s forthcoming work Lilith, Gender and Demonology addresses the impact of the figure of Lilith in early modern European culture. The work provides a brief introduction to the various occult philosophies in circulation between the fourteenth and seventeenth centuries: Neoplatonism, Hermeticism, Gnosticism, etc. before moving on to its primary focus. The main body of work concentrates on the appearance of Lilith and the feminine demonic in official documents as well as poetry. The official documents demonstrate the extent to which Lilith was feared as a threat to patriarchal and royal power, while the poetry provides a place where artistic freedom and unhindered expression allowed writers to explore the power of attraction for the feminine demonic and the demonic feminine. Spoto’s central argument is that Lilith was known in the early modern world, both in elite intellectual circles and in popular folklore, and that her influence over the evolution of magic, witchcraft, and demonology should no longer be underestimated.

This title is highly pertinent to academics and practitioners alike, since Spoto’s book shall appeal to various sectors across the occult community and beyond by appealing to gender studies, early modern literature, and the esoteric history of occult endeavour.

Stephanie Spoto’s study of Lilith examines the feminine demonic. She succinctly demonstrates that the demonisation of the female is embedded in how we perceive and apprehend demonic icons such as Lilith. This is a study that goes back to the early modern period populated by such great ‘men’ as John Dee, Milton, and Shakespeare. For each applied and negotiated their understanding of threat by projecting their current fears onto and into aspects of such entities as Hecate and Lilith. While topics surrounding the destabilisation of societal equilibrium have always been present, Spoto shows that during the 16th and 17th century a projected impression of presences concerned with engaging with the demonic were being studied and practised. Fears over heresy, uncertainty, loss, treason, even sexual appetite threatened the continued aggrandisement of a patriarchal society, in accordance with this much was being done by magicians to usurp the feminine. It should therefore come as no surprise to learn that Stephanie Spoto successfully presents evidence which shows that rather than shunning Lilith, authors of the time were openly communicating and negotiating their sense of an existential reality and crisis via the demoness.

Lilith, Gender, and Demonology is a book for these times that we are currently living through. There is no denying the book has relevance for those interested in gender studies and the ongoing dialogue over maintaining strict dichotomous renderings of identity. And even though the study is quite obviously embedded by its historical context, the themes, along with the notion of metaphysical relations reveal the kernel to our contemporary occult studies. From the inclusion of the reappropriated Goddess found among various witchcraft movements, to the demonology that continues to be practised by occultists, the topic of Lilith continues to be a salient one. Beyond Hebraic studies, there is little that is truly known about Lilith other that what has been conjectured. Lilith, Gender, and Demonology corrects this shortfall in part by simply being a devastatingly good read, however, it is more than this, Spoto shares the knowledge uncovered by having accessed collections rarely seen by most. Consequently, Lilith, Gender, and Demonology is a highly informative work which has a definite application for practitioners and would be practitioners when it comes to dynamics and the comprehending of the experiential. This has left me in no doubt that Spoto’s work is destined to become one of the most important books to have been published on Lilith.