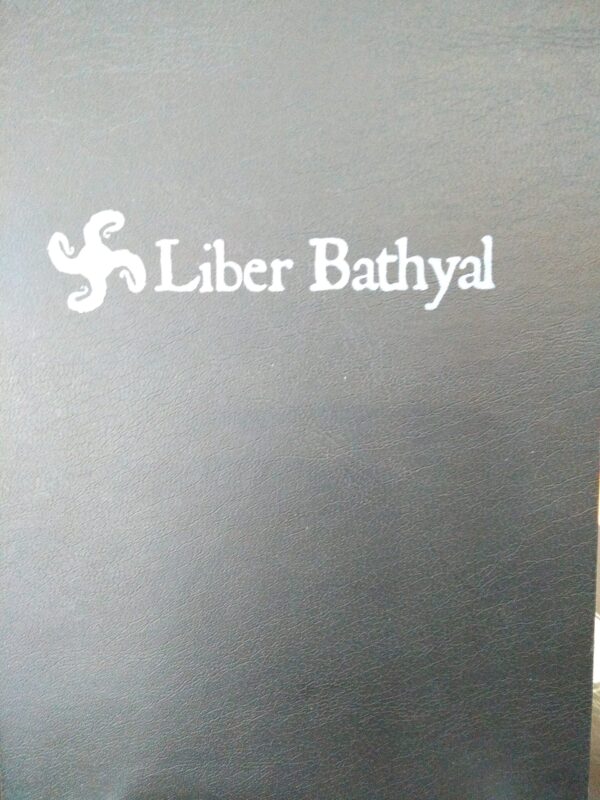 Liber Bathyal is the long awaited new work by Ryan Anschauung (author of the acclaimed “Threshold: Black Magic and Shattered Geometry”) and the Temple of THEM. This new volume in the Nox Sine Occasu series, metaphorically named after the bio-geographic region of the ocean bottom, is an advanced selection of treatises dealing intimately with ways, means and benefits of understanding and applying form that demand more from the reader than it has ever asked of them before.

Liber Bathyal includes for the first time the complete ontology of the Temple of THEM – and a full explanation of the symbolism of the Thrasz (including the complex Aeurekanequeo that is the esoteric heart of THEM designed to replace the Tree of Wyrd) and an in-depth analysis of Form and how it typifies the key principles of our understanding. It advances an analogous suggestion for grasping the field of Social Neuro-Science, an emerging discipline of crucial import to THEM and an evolution of Radia Sol and Radia Star. In the words of Ryan Anschauung, “through delving into the principles of dissolving contradiction and simultaneity, Liber Bathyal develops and describes a methodology to evolve human perspective and reorient the traditional function of the brain. It discusses our views and strategies toward Abrahamism, Self-Delusion, THEM themselves, and raises critical questions regarding equality between men and women and highlights the problem with the concept of socially striven-for equality vs. the reality of psychological relativity and equilibrium – and much more.”

Liber Bathyal dares to go beyond the Occult conventions of rituals and mannerisms to investigate the true meaning of adept-hood in the 21st Century. Borrowing from Psychology, Neuroscience, Social engineering and dozens of different disciplines, it presents a staunch individualosophy that holds in its hands a compression of all possibilities.