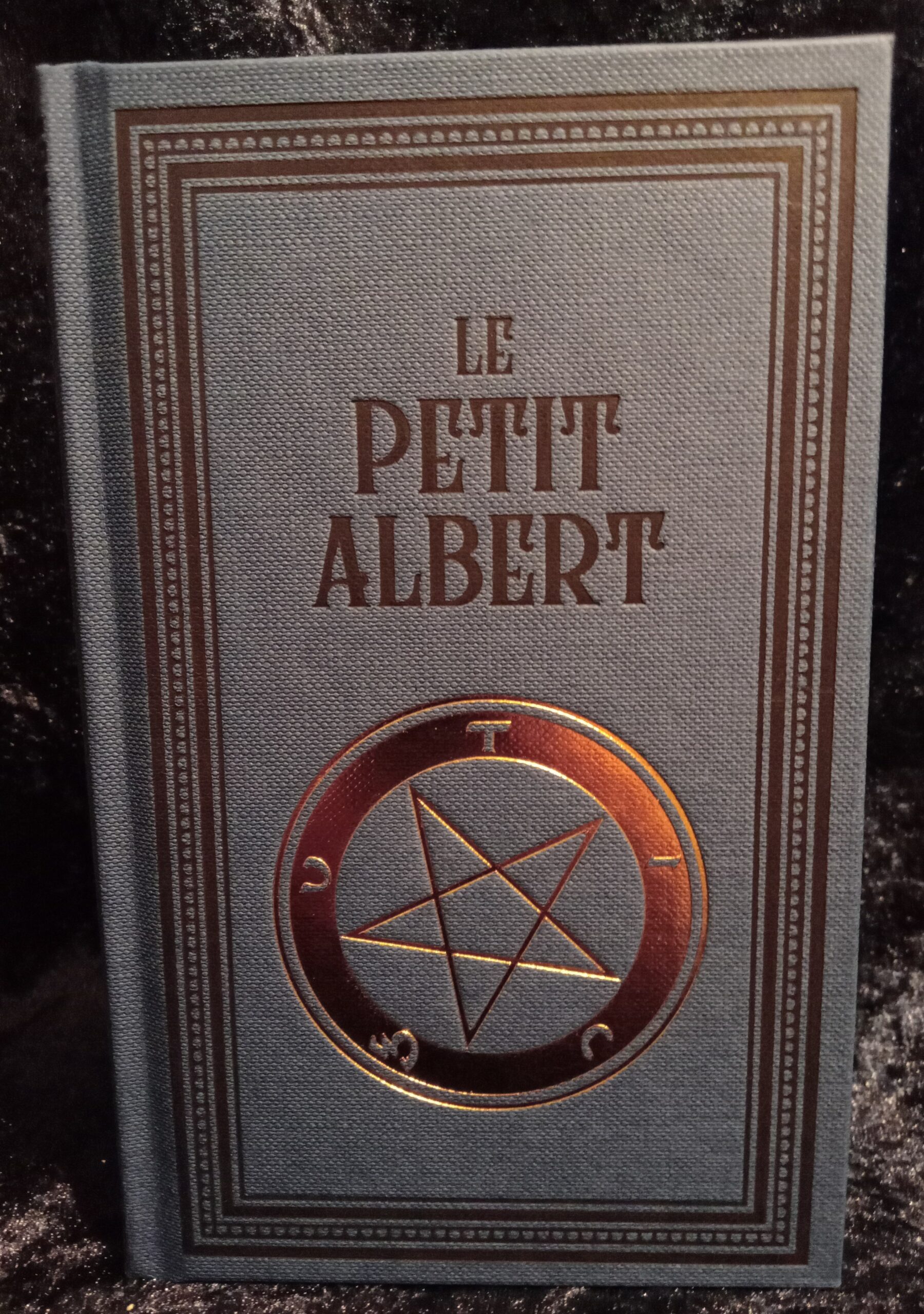 “She conducted us into a small dark room, lit by the flame of a single lamp, and by that flickering light we saw a table covered with a cloth, and on the table some sort of small statue, or doll, seated upon a tripod . . .”

In some respects, Le Petit Albert was the epitome of the Bibliothèque Bleue grimoires: it appeared from virtually nowhere in the early eighteenth century, was almost immediately condemned by the censor, and was spread across France by itinerant booksellers passing from village to village, town to town.

Our edition celebrates the text as a window into the lives of the small people, with its advice on how to win at fishing, turn table wine into fine liqueur, stop your spouse wandering and keep the actual wolf from the door. This folk wisdom blends into Paracelsan magic and the famed description of the Hand of Glory and the Mandrake, which formed the basis for a fascination which endures to this day. But much more than that, Le Petit Albert became synonymous with sorcery in the French colonies of North America and the Caribbean, and is one of the most important texts in traditional New World magic. We have worked from the ‘Lyon’ edition dated 1752, which expands on the earlier editions and stabilizes the text, apparently forming the solid basis for what followed.