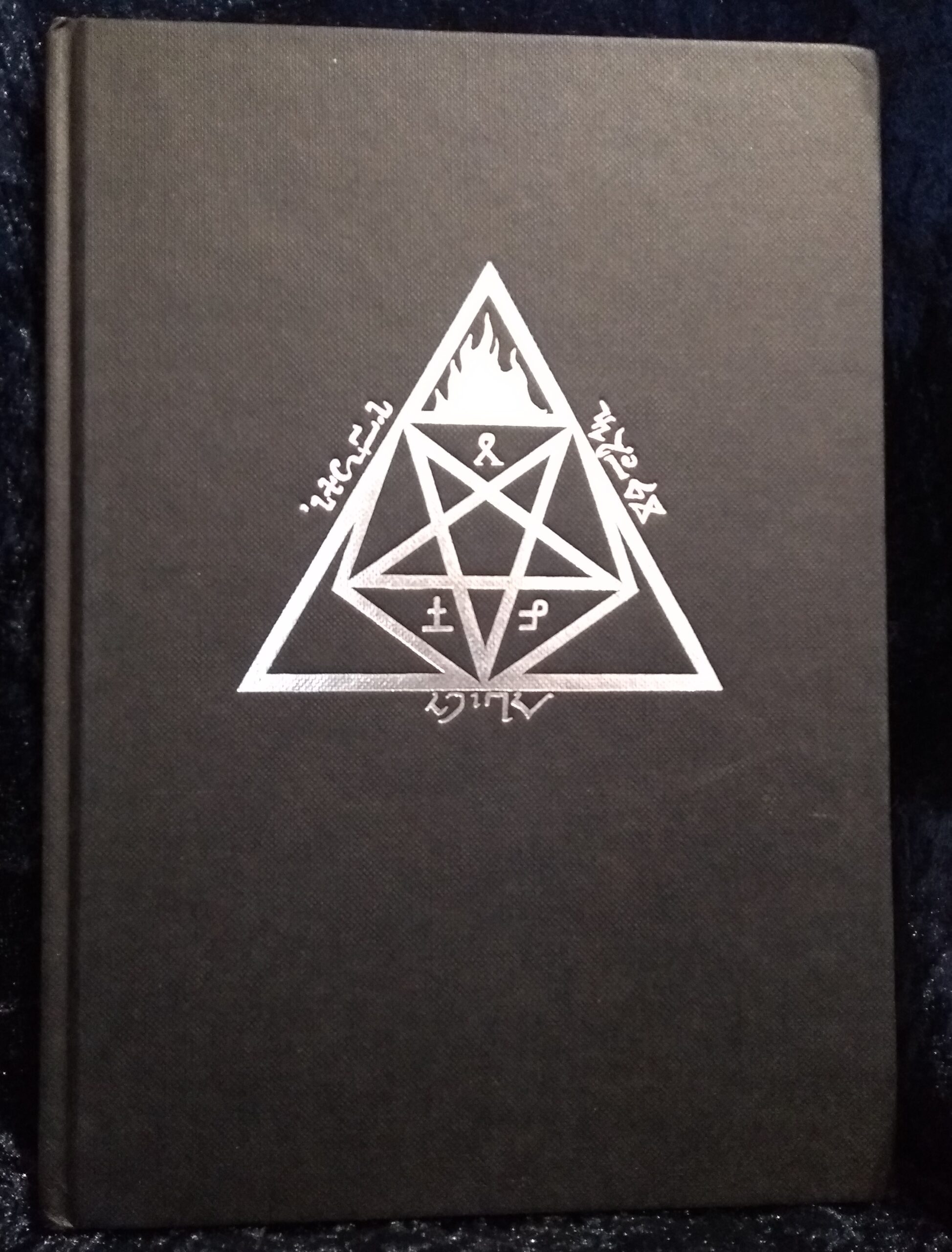 A very dark modern-day grimoire of black magick, evocation and sorcery, which provides access to the Kingdoms of Flame, providing numerous magic squares and sigils for the Grand Demons, Angels, Demons & Spirits of the Regnum Spiritus. Its publication was sanctioned by the Grand Emissaries of the Ordo Ascensum Aetyrnalis (OAA). Originally, this grimoire had taken the form of a manuscript, which had been known as the Skeleton Cipher. It had been divided into 3 separate parts, with each part, having been placed in an envelope, and entrusted to a secret guardian. When it was decided by the Grand Emissaries of the OAA, that it was time for the manuscript to be published, the 3 guardians were called. Each brought along an envelope, which contained one of the 3 parts. All 3 envelopes were then handed to Koetting, who was then given the task of working, for the first time with the complete manuscript, deciphering it, and translating it, into a form that could be published. This book is not for novices!