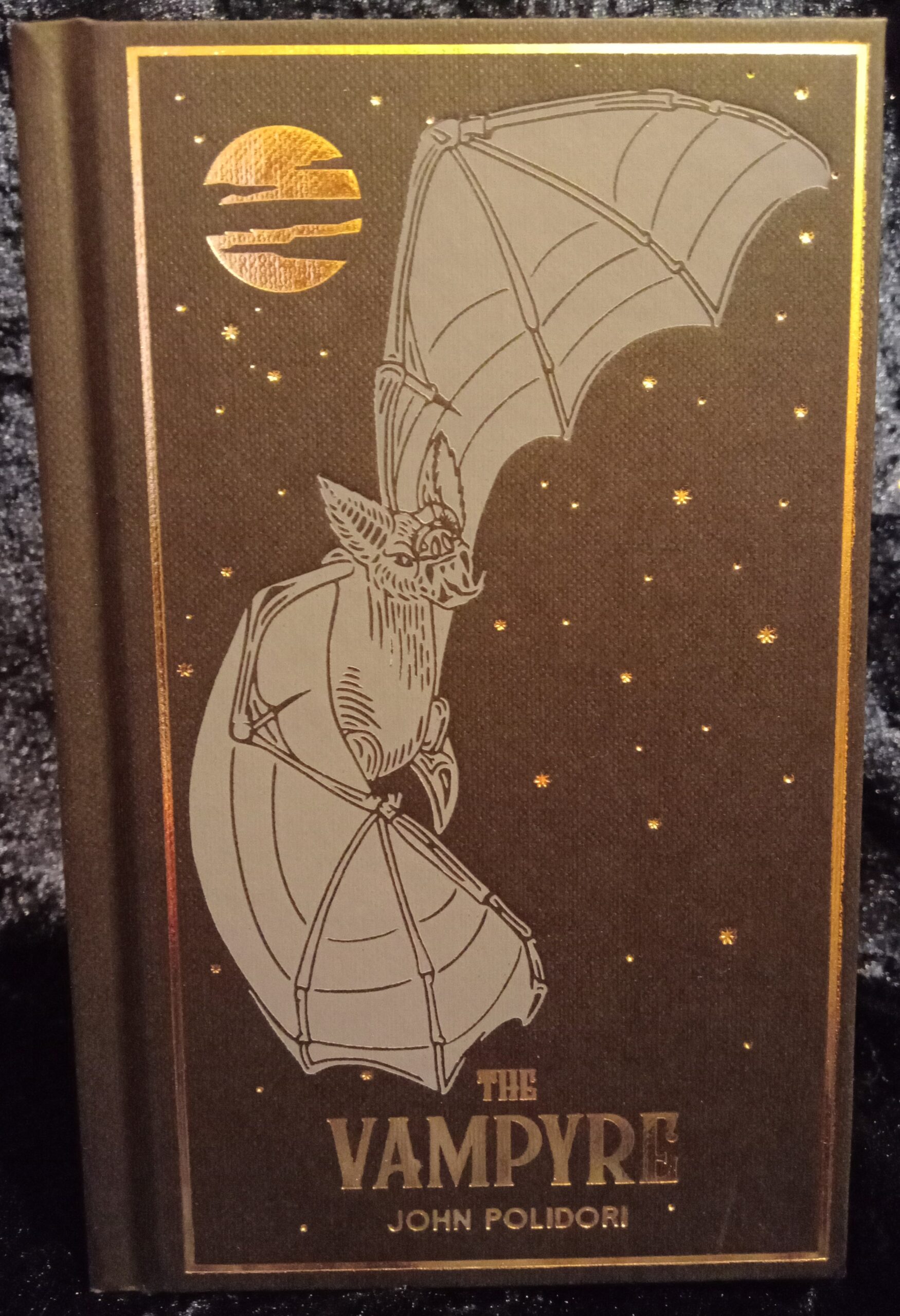 The Vampyre is the first Vampire story published in English, a novella written by John Polidori, physician to Lord Byron. The Vampyre appeared in England’s New Monthly Magazine in April 1819.

The Vampyre draws upon a folklore belief that a vampire corpse can be repeatedly revived under the rays of the moon. Polidori also made use of the Greek lore that one becomes a vampire as punishment for a heinous crime committed in life and is doomed to prey upon those whom he loved the most while upon the earth. The Vampire antihero is the mysterious but suave and seductive Lord Ruthven, whom Polidori modelled upon Lord Byron.

The Vampyre caused a sensation in Europe and reined as the dominant influence on literature and drama until the publication of Dracula by Bram Stoker in 1897.