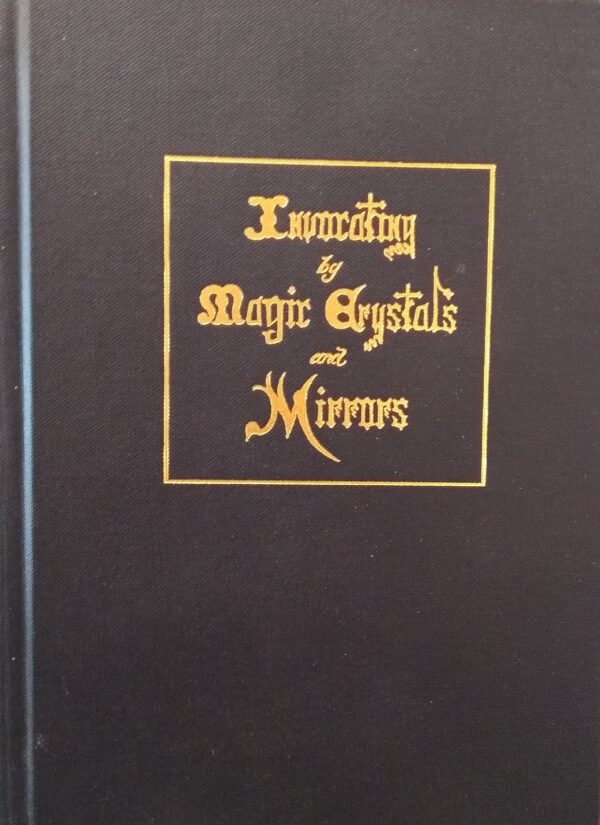 Out of Print. Some very minor marking to the back cover

Invocating by Magic Crystals and Mirrors contains a full color facsimile of an original manuscript by Frederick Hockley, a transcription of the text, an Introduction by R. A. Gilbert, and other related material.

Frederick Hockley (1809-1885) was an important if often-overlooked figure in nineteenth-century occultism. He was an active “seer” who engaged in scrying, and took an interest in ritual magic, alchemy and spiritualism. He was also a Freemason, who later in life joined the Societas Rosicruciana in Anglia and other esoteric fraternities, and his work was posthumously used by various members of the Hermetic Order of the Golden Dawn. Hockley is also rightly renowned for the manuscripts he created, for he sought out and carefully prepared copies of numerous grimoires and other magical, alchemical and kabbalistic texts that had lain hidden in private collections around England. In addition he compiled a number of his own magical texts, as well as keeping detailed records of his many scrying sessions.

Invocating by Magic Crystals and Mirrors is one of Hockley’s own writings. In it he describes the philosophy and method of “crystallomancy” (“crystal gazing” or “scrying through crystals or mirrors”), a practice which has long been associated with ritual magic. John Dee and his seer Edward Kelly were of course famous proponents of the system during the Elizabethan years, and after a period of relative obscurity it had found a new popularity in Spiritualist circles during the nineteenth century. Hockley’s is a short work, that is reproduced from an original manuscript, dated 1869, that he presented to Barbara Honywood, a well-known society Spiritualist of the time. Honywood was said to have mediumistic powers, and it seems likely that Hockley prepared and gave the manuscript to her in the hope that it would excite her interest in the process, and perhaps help induce her to act as his “seer.”