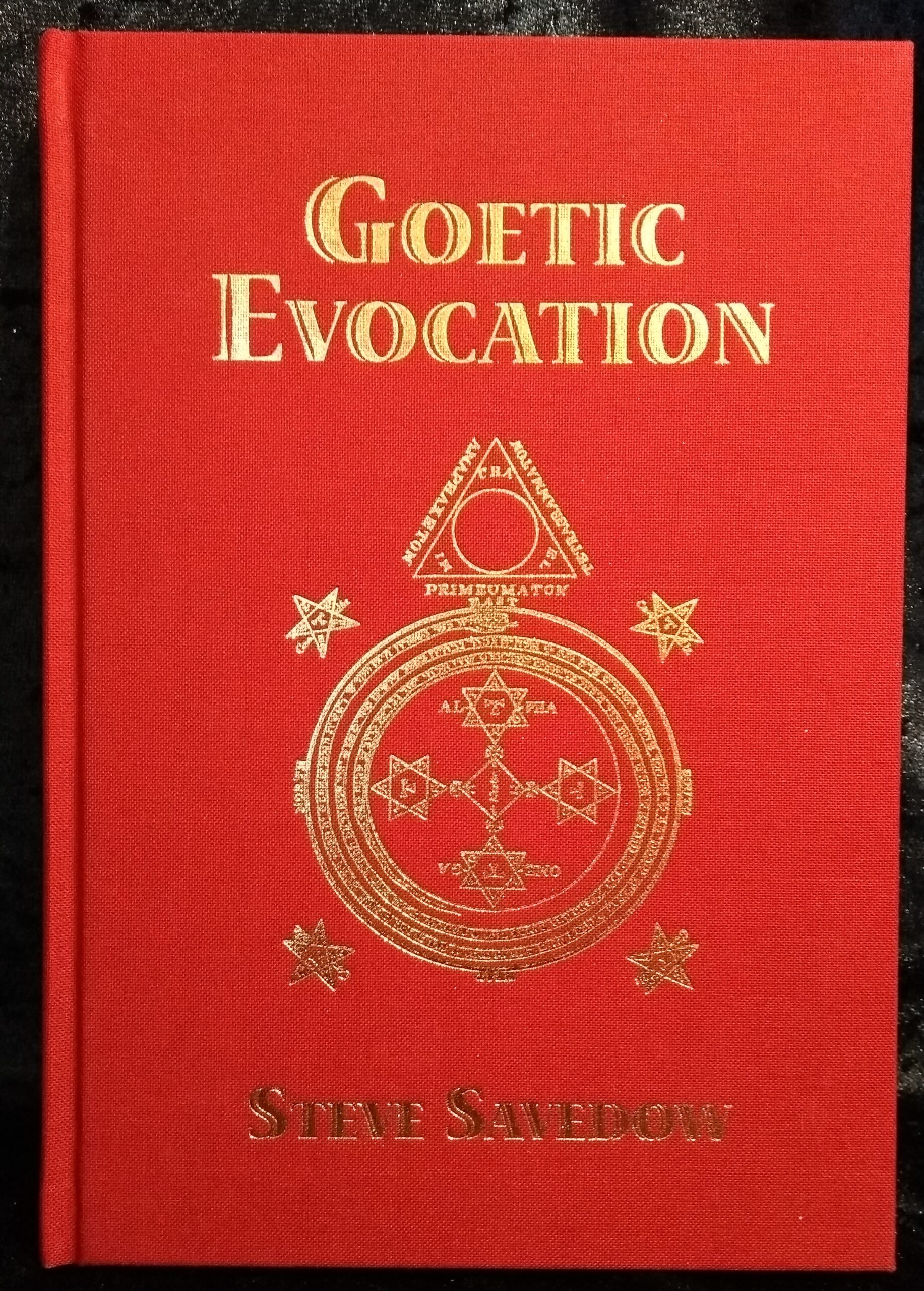 First published as Goetic Evocation: The Magician’s Workbook Volume 2 by Eschaton Productions in 1996.

Goetic Evocation was the first (and only) workbook ever specifically designed to be used in conjunction with the popular grimoire known as The Goetia, which is the first book of The Lesser Key of Solomon. It is an efficient working manual for the ritual magician who is interested in properly practicing the system outlined in The Goetia.

Steve Savedow provides detailed instructions for the necessary preparations, as well as the actual performance of the evocations, plus thorough dissections of every portion of The Goetia and a complete explanation of the hierarchy of the Goetic spirits.

Also included are transcripts from the author’s personal records documenting nine evocations that were performed between the years of 1985 and 1987 (which feature a lengthy interrogation of the spirit Bim), and the results of his extensive experimentation.