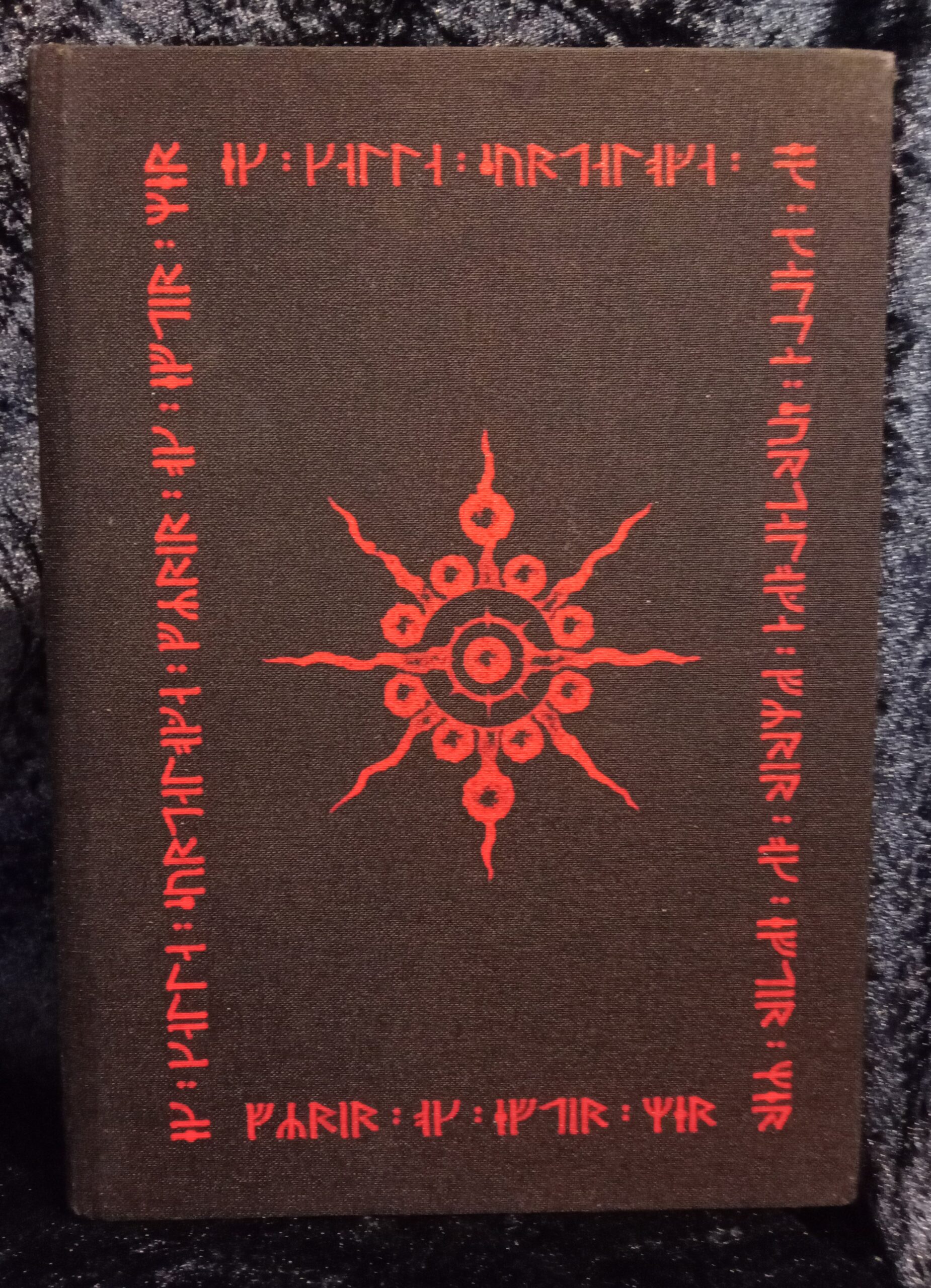 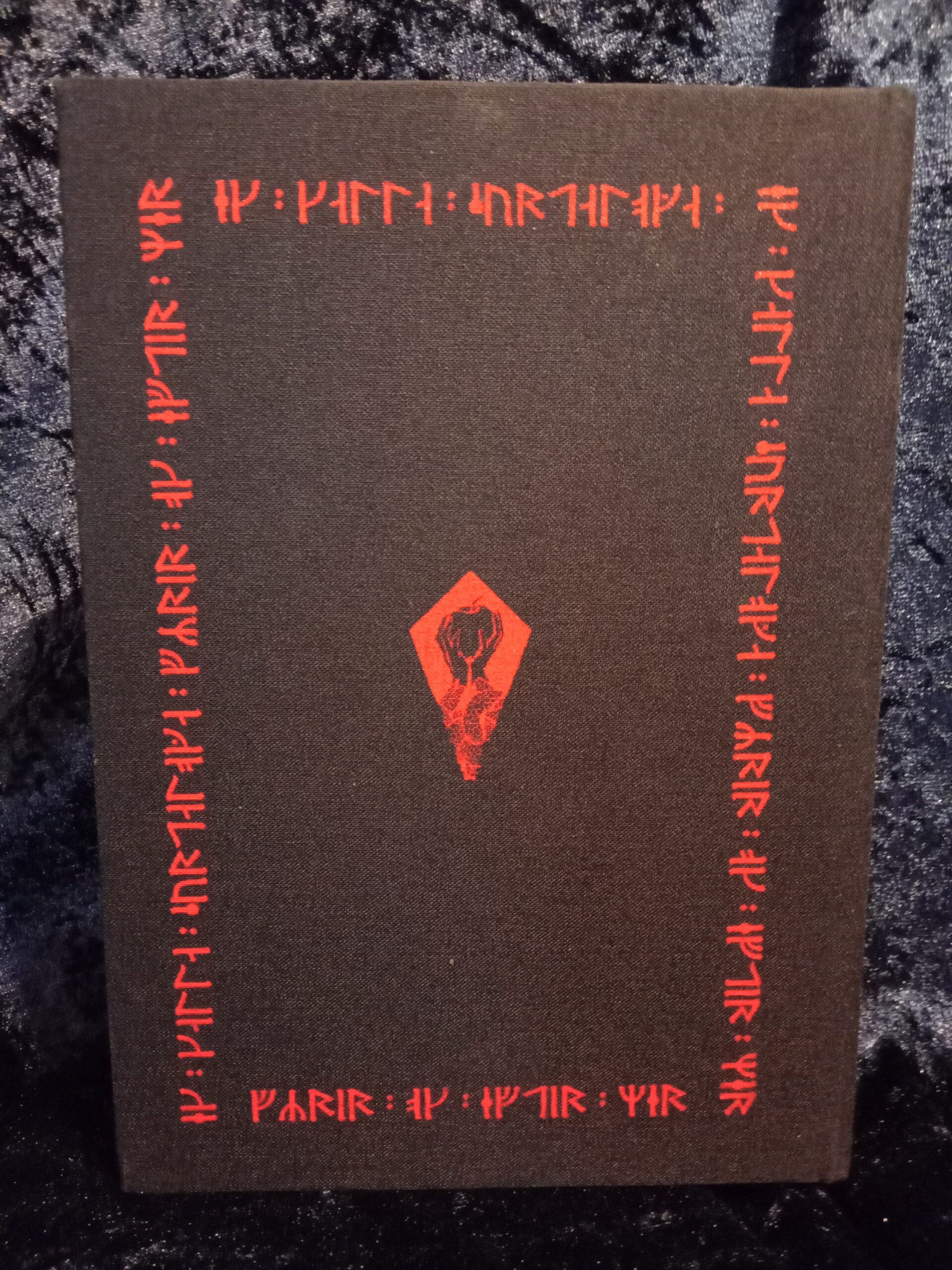 1st edition. Some minor wear to the cloth. Some very minor denting to the corners

The Non-manifest Kingdom is between the vertices of our reality; shining, the Celestial Body has been conjured through Fire and Ice. The Abyss of Ginnunga has opened its jaws to consume with unfathomable power that which prevents the return to the Origin, the prime source of the spirit, Ur. The whisper of Primal Magic. Ginnrúnbók or the “Book of Primeval Whispers” is a grimoire dedicated to the understanding and worship of the Giants of the Nordic tradition. This work focuses on the contact with the primal powers prior to the gods, whose influence arises from Ginnunga gap. The grimoire describes the relationship between the Runes and the Giants, as well as the scheme of Þurs Seiðr or the Sorcery of the Giants in its nine manifestations.