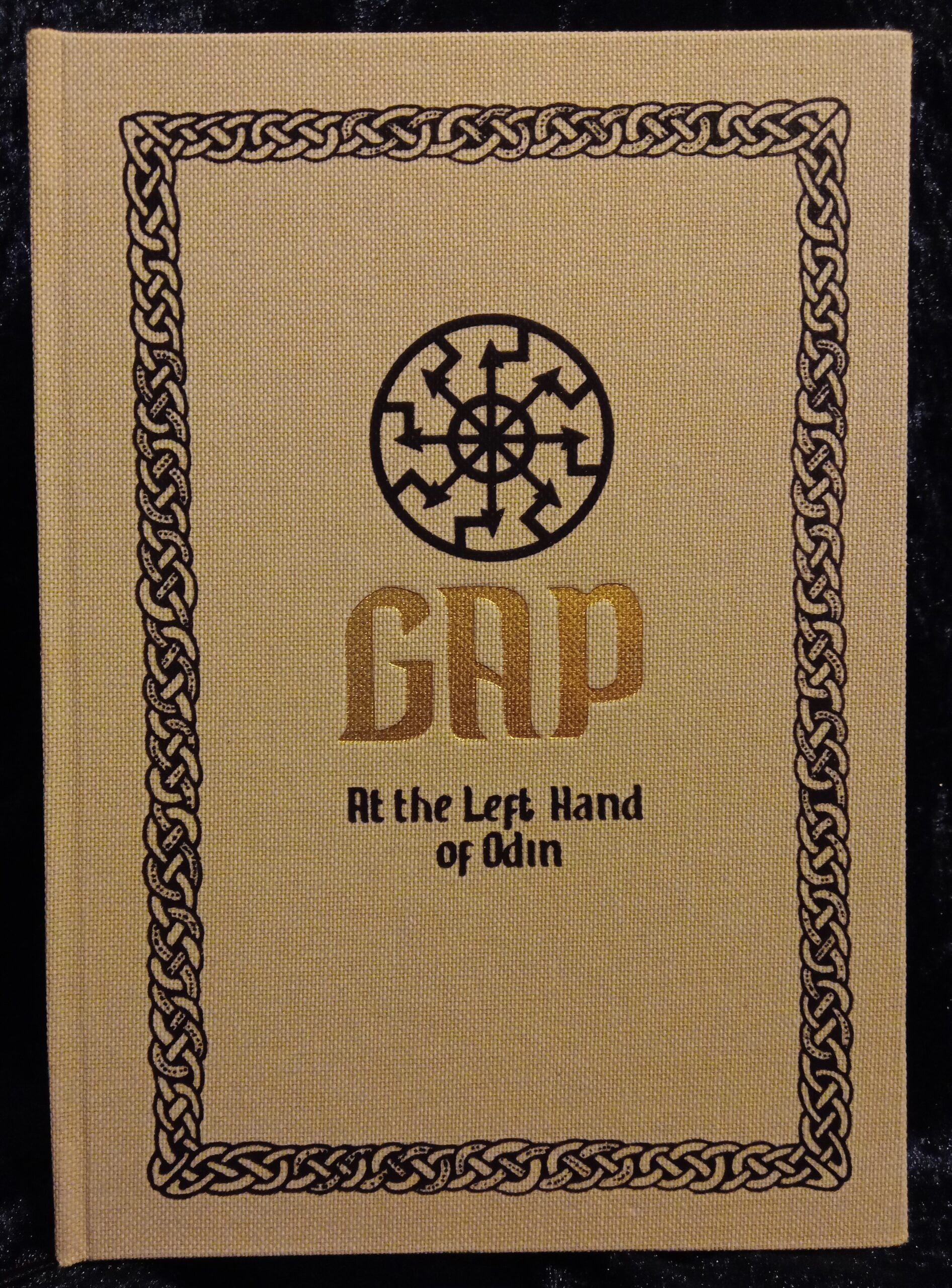 Gap: At the Left Hand of Odin – Askr Svarte (Fall of Man)

standard edition. Out of Print

fter its successful release in early 2017, Gap: A Left-Hand Path approach to Odinism became one of Fall of Man’s most requested and sought-after titles. We are now happy to announce Gap: At the Left Hand of Odin, a new, completely revamped edition, containing several new chapters tallying over 5,000 words in total, completely new art (illustrated by Drauðrfródleikr Illustration), and an entirely redone text and layout, completely free of the translation errors and misunderstandings the first edition suffered from.

Modern Norse paganism is known by many names: Ásatrú, Trot, Oðinnism/Wotanism, Fornsidr (Forn Sidr)… All these words indicate the current stage of the life of the Tradition, but each still has its own nuances and shades. What they have in common though is that they are mainly focused on a rich mythological and archaeological Norse heritage, sometimes “specializing” in various temporal and geographical borders (continental Germans or Scandinavians) in order to revive, with different variations, a common Germanic tradition, supplementing their already modern interpretations, often debatable. Gap: At the Left Hand of Odin is a diary compilation of several years of research, practice and immersion in a particular direction within Oðinnism (Norse Tradition), which the author calls the Path through the Dark Side of the Ash (Yggdrasil): Svarte Aske.

This Path is different from the standard, main-stream Right-Hand approach to Paganism because it does not recognize the positive evaluation of modern times and the modern reality surrounding us: its negative impact on the state of Norse traditions and its worldview is excessively large. This new Path does not accept the trunk of the teachings belonging to the Right-Hand Path, although without denying their expertise and contribution to the common cause. Thus, the Left-Hand Path attempts to open and question all that which until today has not been open to our tradition, that which is in the shade and is closer and deeper to the Iron Age we live in. This vision is based on known historical heritage and traditions, contemporary thinking and experiences, including some pretty interesting attempts to describe the Left-Hand Path in Oðinnism in the West since the mid-twentieth century.

Gap: At the Left Hand of Odin consists of three Mal (sayings, speeches from the Eddas):

• Sayings of the Gangraðr, on behalf of Oðinn Gangraðr – Advisor in the Path. In these speeches it is revealed the promise and the doctrine of the Abyss in Oðinnism, and we deal with questions of thinking and transgression.

• Sayings of the Vegtamr, on behalf of Oðinn Vegtamr – Accustomed to the Path. In these speeches instructions are given about the ritual practice in line with the spirit and the promise of teaching.

• Sayings of the Kvasir, in honor of the wisest of men. In these speeches one will find the texts that are not included in the main body, but that are one way or another connected with the Path, such as dreams and thoughts.