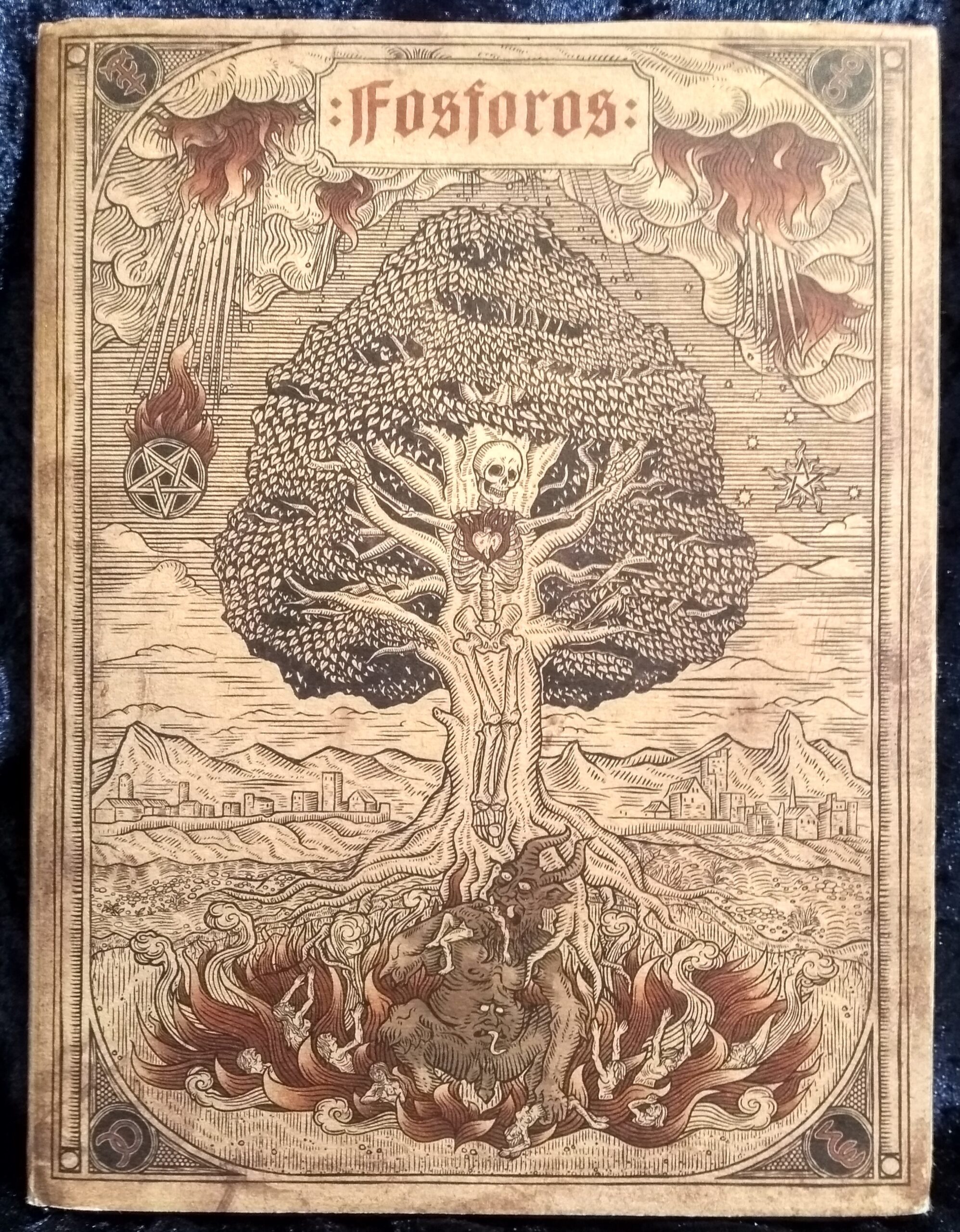 One of the most intellectually sophisticated and in-depth texts of modern Satanism/ Left Hand Path and its spirituality ever produced. This valuable occult study delves the student of the Left Hand Path into a comprehensive philosophical system providing a Study on the Being & Essence of Satan, exploring topics such as the Philosophy of God, Philosophical Anthropology, Eschatology, Metaphysics, Cosmology, and various other subjects of Satanism and Mysticism that will guide the serious seeker to form a complete worldview. With the aim of total unity and of understanding opposites, considering even the most wrathful arguments of the downward path of the soul’s death in an unbiased way, Fosforos seeks to build on the fundamental doctrine of Oneness: the quintessences of both the Right Hand Path and the Left Hand Path are herein joined into one amalgam, as they have always been in the heart of a true aspirant. Fosforos begins with the principle of absolute unity in its first part, Polyharmonia- The Philosophy of Oneness. The second part, Discordamelior- The Philosophy of Perdition discusses the fundamental problem of seeming duality, the breach within the cosmic harmony, manifesting itself as Evil. In the third part, Necrosophia – The Philosophy of Death, the almost collapsed and already rotten state of the world we know is observed as leading towards purifying Death and Rebirth. The fourth part, Pentagrammaton – The Consistency of Man and the Practice of Magic, turns its attention towards the microcosm and man as the demiurge, capable of harnessing his mental prowess for the work of very deep and real magical creation. It also explores how this hermetic and metaphysical worldview can be studied with a rational mindset. The fifth part, Cista Mystica – The Symbology of Satanism, introduces several important Satanic themes and symbols, like Demonology, the problem of universal paradox and suffering, and the prophesied coming of the Antichrist. The last of the book’s parts, Legifer & Clavis Magica, gives us a law and scheme to reach out for a higher and more permanent kind of self-realization and occult development, along with the key or Magic formula with which to utilize that development with the aid of Prayers and Spells both in the work of theurgy or the Divine Magic and Goetia or the magic worked with the aid of Elemental or, as they are called, Demonic powers. The translation is based on the revised Finnish edition, including the commentary given in the form of extensive footnotes and forming “the seventh book” of Fosforos. Also included is an appendix giving a brief and clear definition of the Hieroglyphic Key of the Seven Principles, and another concerning the post-mortem states of a human being. The six different parts of Fosforos each approach from a different perspective the core ideas of the text, namely Satan and the Occult science of Magic. Despite its paradoxical and labyrinthine manner of expression, often using totally opposing arguments to understand and live for the great whole, Fosforos is not written to be just another theoretical study of the Left Hand Path, philosophical treatise, or Satanic Manifesto, but rather is a work for devotional and practical living, should the reader choose to aspire on this narrow path of Ascension.