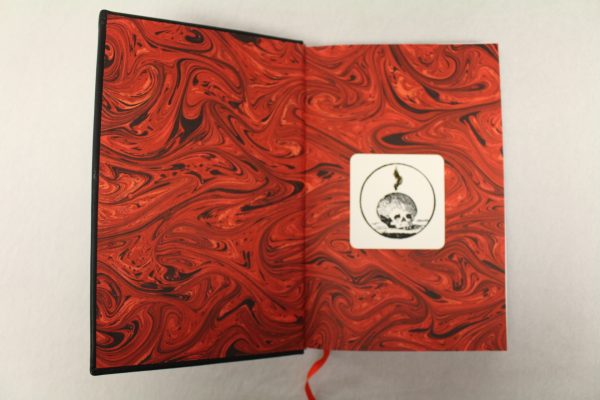 Cyprian of Antioch; a mage of many faces (Deluxe Edition) – Frater Acher

Icon “Cyprian of Antioch” in relief on the front of the book.

Cyprian of Antioch: A mage of many faces is a detailed analysis of some of the lesser-known beaches of myth, history, evidence, and magical hearsay that surround the enigmatic Cyprian of Antioch. It moves beyond the well-known territory of St. Cyprian and peers into some of the more hidden areas of the Mage’s history and legend, unearthing a complex and beautiful path that leads, ultimately, back to one man.

“The story of Cyprian first cast its shadow over the world of fourth-century Christendom. And though this world was quickly sanitized, Cyprian’s shadow stuck fast, a mixture of pitch and ashes, and ever since then it has stayed with us in our history of the magical West. ”

In his well-known and highly articulateed voice, Frater Achern takes us on a magical journey where we visit hidden shrines and tombs in Rome. He narrates for us the first English translation of a little-known Germany fairy tale by Theodor Storm, and he shows us lost fragments of folk magic. He takes us diving into the Greek magical papyri, and together, we circle in ever decreasing circles in the maze of history that leads us face to face with Cyprian of Antioch: Magician, holy Man, seer, healer and patron of Magic.

Featuring full-colour images of rarely seen locations, artefacts, and iconography, and an exclusive icon of Cyprian of Antioch by magical artist Stuart Littlejohn, this cloth hardbound presentation, complete with dust jacket, is a rich, beautiful, and intelligent look at our Distant magical, mystical, and religious past. Written for practitioners, historians, and students of Western magic, mysticism, and Esoteric Christianity, this book, while careful and rigorous in its approach, detailed in its analysis, and strongly referenced, is nevertheless highly accessible, and an absolutely Fascinating read.