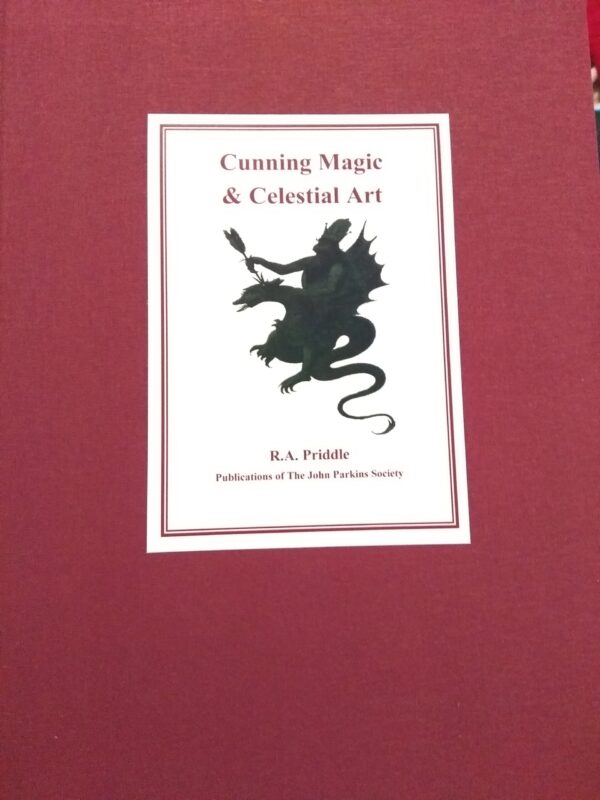 here is one book that has had an enormous impact upon occultism and esoteric philosophy in the modern period, it is ‘The Magus’, first printed in 1801 by the English magician Francis Barrett.

The continued popularity of ‘The Magus’ as a textbook grimoire for both the aspiring occultist and learned magician is well known, its place in the transmission of occult knowledge and practise from the ancient world to the present day is beyond question, but how many of us really understand the circumstances behind its actual creation and the private influences and secretive individuals to whom Barrett went for guidance?

England in the late 1700s and early 1800s had a remarkably fertile and closely connected constellation of wizards, herbalists and cunning men whose personal guidance was sought in the context of the magical arts, many produced manuscripts and talismans of their own and a few were operating so publicly that their reputations were a household name: Ebenezer Sibley, Dr. John Parkins, and a host of lesser known regional characters who operated by private consultation.

Whilst copies of the ‘Keys of Solomon’ were known to have circulated very early on in the transition of magic from the middle ages up to the modern period, the actual passage of the broader curriculum of occult studies from the late 1700s and on (such as was largely codified in the creation of the Hermetic Order of the Golden Dawn in the Outer in 1888) is less clear. What is remarkable is that one book, and the single individual whose brilliance created it, are responsible.

‘The Magus’ of 1801 is a seemingly vast grimoire of medieval magics, divinatory tools, spirit magic techniques and arcane ciphers, it draws upon Agrippa, Pietro d’Abano, the alchemical literature of Georgius von Welling, traditional astrology, geomancy etc etc and seems to be a stand-alone repository of the initiatic tradition. But from what sources did the young Francis Barrett draw?

R.A.Priddle places Barrett not only in the transmission of magical manuscripts in London, through such well known personages as Ebenezer Sibley and John Denley, but also within the context of such lesser known figures as the Lincolnshire astrologer and cunning man Dr. John Parkins, the person of one ‘Griffith’ who actually engraved the plates for what was to become the first textbook of magic in English.

Deeply examining the intellectual, economic and social context in which Barrett worked, and showing conclusively that Barrett used the circumstances surrounding him to the greatest possible advantage in the projection of his new vision of occultism onto the world stage, the author of this study R. A. Priddle brilliantly exposes how Barrett redefined the context of magic in the modern world and thus changed the relationship between man and the cosmos for the next two hundred years.

Barretts life is examined in detail and his association with one particular area of London, the district surrounding Marylebone, is shown to have had a profound influence upon him and his production of ‘The Magus’. Working originally as an apothecary whilst writing the manuscript of his book, Priddle suggests that the most likely tutor to the aspiring young Francis Barrett was the astrologer and publisher Ebenezer Sibley whose own production of esoteric manuscripts is now so well known. Sibley and Barrett lived within a few hundred yards of each other and the young man would almost certainly have sought him out as a teacher, perhaps even attended meetings of the ‘Mesmer Harmonic and Philosophical Society’ of which Sibley was an influential supporter.

After the publication of ‘The Magus’ in 1801 Barrett is supposed to have formed an occult school, this fact is stated in the book itself, but the circumstances surrounding Barretts stay in London, his association with Sibley,  Parkins and Griffith suggests that the esoteric school was well under way in the 1790s probably at Sibleys home.

This small school of occult students, through the popularity of ‘The Magus’, later influenced European occultists and then American: the French magician Eliphas Levi visited England in the 1830s, and by 1835 a copy of ‘The Magus’ was lodged in the Philadelphia lending library.

To what extent the Mormon movement of Joseph Smith was influenced by Barrett we cannot say, although certainly a manuscript published as ‘The Edward Hunter Manuscript’ of the ‘Key of Rabbi Solomon’ which originated in Bristol and whose author travelled to America was certainly a Mormon connection.

Such was the influence of Barretts book (and a demonstration of the vivacity of esoteric groups)  that a later edition of 1875 added to the success of at least two famous esoteric schools: the person responsible for its republication, Frederick Hockley (1809-1885), used the original engraved plates from the first edition, it is of great interest that these plates were held by the occult bookseller John Denley who bought them in 1818 and kept them privately until the grimoire was ready to rise again.

A detailed analysis of the contents and structure of ‘The Magus’ shows key differences in the contents of Barretts work and those earlier authors (such as Agrippa) to whom it is assumed he owes a debt. The originality of Barretts contribution is defined in well structured discussions, section by section, of the material. Most importantly it can be seen that the often subtle changes Barrett makes to the literary borrowings of the occult tradition (the raw material for his book) are in fact drawn from contemporary practice, such as in the formulation of the doctrine of the subtle medium (the governing mechanics of the magical process) Barret uses an example from folk idiom: the touching of a corpse to see if it bleeds in the presence of a criminal (a practice known as the Bahr Recht or ‘bier right’) which in this instance has a Welsh connection.

Barrett and his magical associate John Parkins both had connections with the cunning practices of Wales and the West Country, indeed the person of ‘Griffith’ who engraved the plates for Barretts published manuscript of ‘The Magus’ was himself connected to a web of country herbalists and almanac printers which spanned the countryside of England from South Yorkshire to London in the south and Herefordshire in the West. Whether there were any direct links to the traditional herbalists and apothecaries of Myddfai in Wales we do not yet know, but evidence is growing to support the thesis that there was a perceived ‘ancient Druidic college’ of magic up to the mid 1800s to which many occultists of the modern period are indebted.

Subsequent to the influence of the Cunning Tradition upon Francis Barrett and his work ‘The Magus’ was the influence that the book had upon other cunning men, such as the famous ‘Cunning Murrell’ or James Murrell of Hadleigh in Essex (1785-1860).

Murrell was reported to be a small quiet man who went about mostly at night, wearing iron goggles and carrying a basket and a whale-bone umbrella. Making his living chiefly as a shoemaker and chemists still-man, Murrell also practiced astrology, veterinary surgery and exorcism.

In ‘The Wizard of Yesterday’ (1900) Arthur Morrison provides a facsimile page of Murrells own spell book, it is in fact a drawing copying one from Book II of ‘The Magus’ proving its importance to the dissemination of magical information to the Cunning Folk themselves.

Essential to an understanding of Barrett’s influence here is the presentation of Cabala tradition in his work to the occult and magical community of the 1800’s. Barrett creates a wholly practical articulation of this often abstract theological system, again it is Barett’s influence upon such people as James Murrell that shows how effective his ‘cabala’ was to become. Barrett condenses the complex system of cabala and does this by showing his readers how to calculate the names of spirits but leaves out the manner in which those names are obtained. It may be that the method of obtaining the names of spirits was reserved for private students of his esoteric school, perhaps this is Barrett deliberately omitting certain secret formulae to restrict hem to the initiated. In any event the processes he keeps secret are necessary to an understanding and accomplishment of the work, Barrett must have had them and whether he passed them on to Denley and thence to Hockley, they undoubtably existed and were later adopted by esoteric schools from the ‘Society of Eight’ in the 1860s and later in the Hermetic Order of the Golden Dawn.