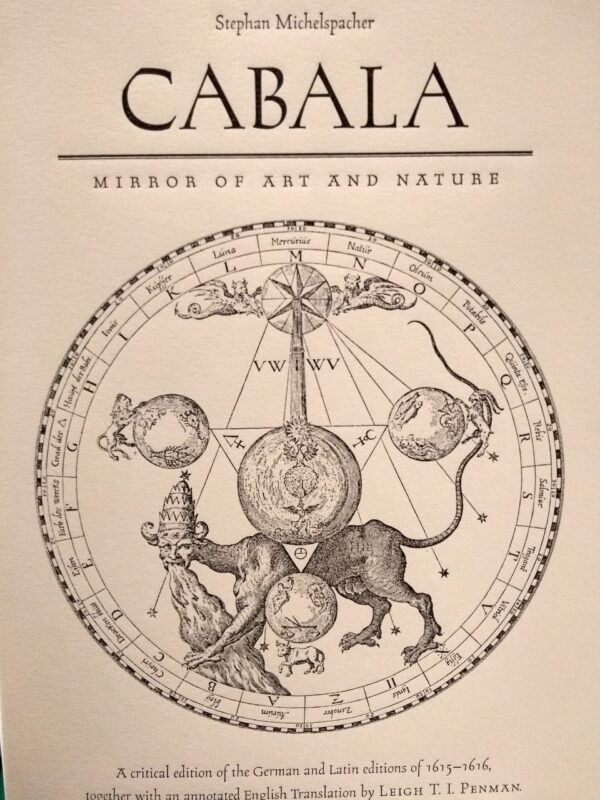 CABALA: SPIEGEL DER KUNST VND NATUR was first published precisely four hundred years ago in the Free Imperial City of Augsburg, located in the Holy Roman Empire. The first edition was printed by Johann Schultes Sr., and published by the enigmatic Tyrolean, Stephan Michelspacher. CABALA remains one of the most fascinating, beautiful and problematic alchemical texts of the early seventeenth century. Its short text, partly in verse-form, describes three steel mirrors forged by the heat of the sun and revealed by the grace of God, which are at least partly metaphorical. When combined together, these mirrors – which reflect the Paracelsian triumvirate of mercury, salt and sulphur – reveal the great Arcanum, or secret of alchemical transmutation. The text is accom- panied by four large plates, beautifully engraved by Raphael Custos (1590-1664), which similarly encode the steps of progression to the work of transmutation, and which map onto the four mirrors of the text. The 1616 Latin edition introduces a further layer of complexity, by associating the tract with the Rosicrucian fraternity. Finally, Michelspacher’s dedicatory epistle sheds more light on his own circumstances than on the content of the work.