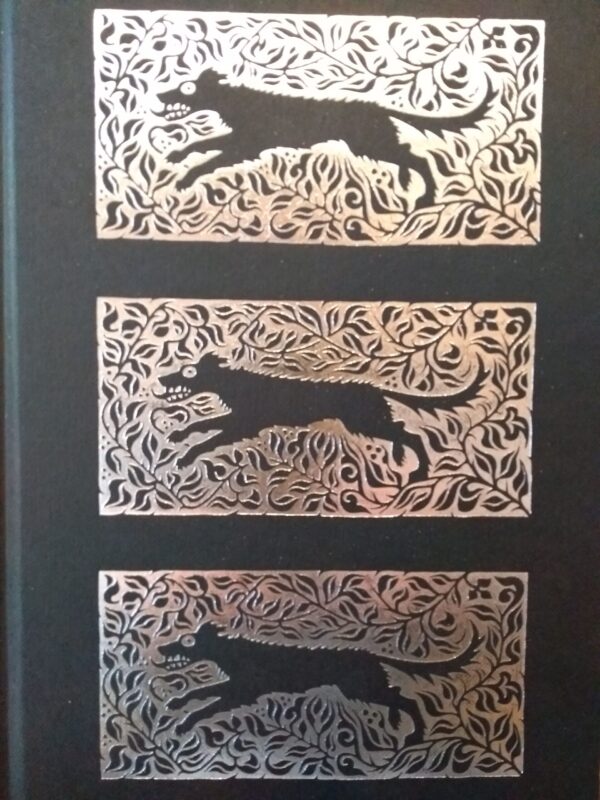 A comprehensive study of the image of the Black Dog in folklore, with an extensive gazetteer of over 700 UK sightings and traditions.

The study of folklore is very often the examination of symbolism and symbolic interpretation changes over time. Many ghosts appear or behave in a way that seems less naturalistic than symbolic and this is certainly true of the image of the Black Dog.

It is telling that apparitions of ghostly Black Dogs have been sighted, felt, heard and experienced in an unnatural way by people for nearly a millennium now and yet people stumble across information about them by chance when attempting to provide themselves with an explanation for what has occurred. Many people’s knowledge of the subject stretches no further than The Hound of the Baskervilles and where they are more familiar, people often think that the Black Dog is evil or portentous in the manner of the Shuck.

Black Dog Folklore aims to redress this balance. It is the first full-length study of the phenomenon by a single author, containing a gazetteer of over 750 key UK eyewitness accounts and traditions drawn from the author’s archive.

Mark Norman is a folklore author and researcher based in Devon, in the South-West of the UK. He is a committee member of the Folklore Society and has been researching and collecting information on Black Dog apparitions for many years. He holds what is believed to be the UK’s largest archive of these sightings and traditions, which includes fieldwork and notes from other respected collectors such as Theo Brown and the recently donated archive of Janet Bord.