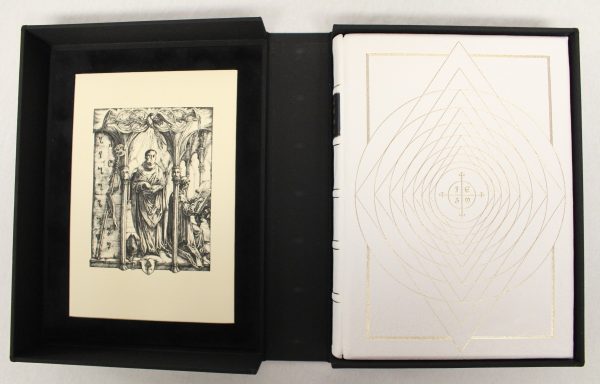 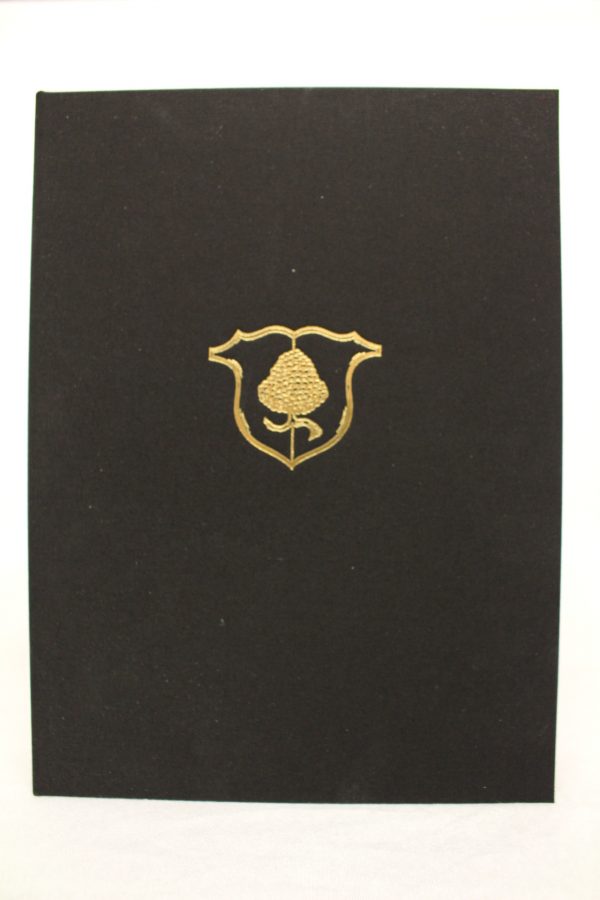 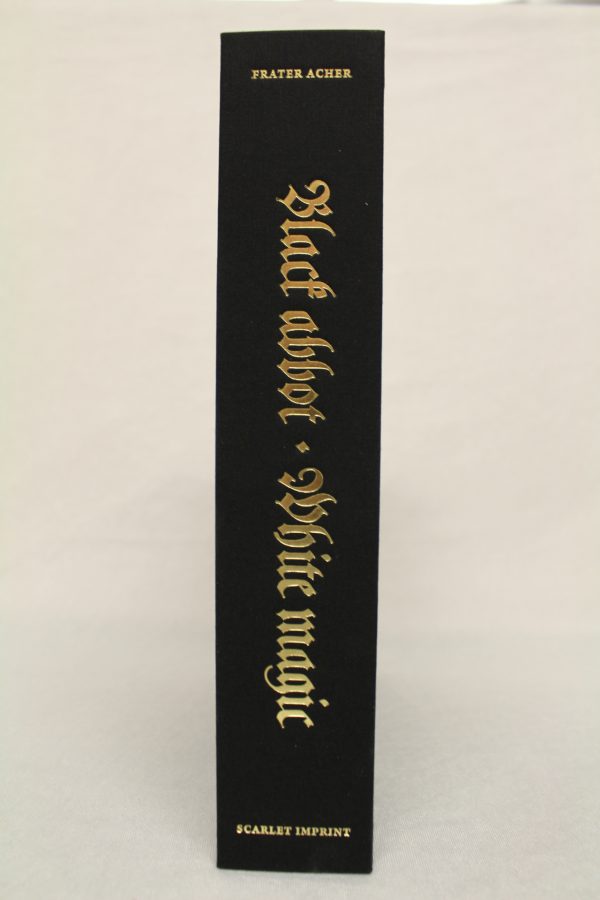 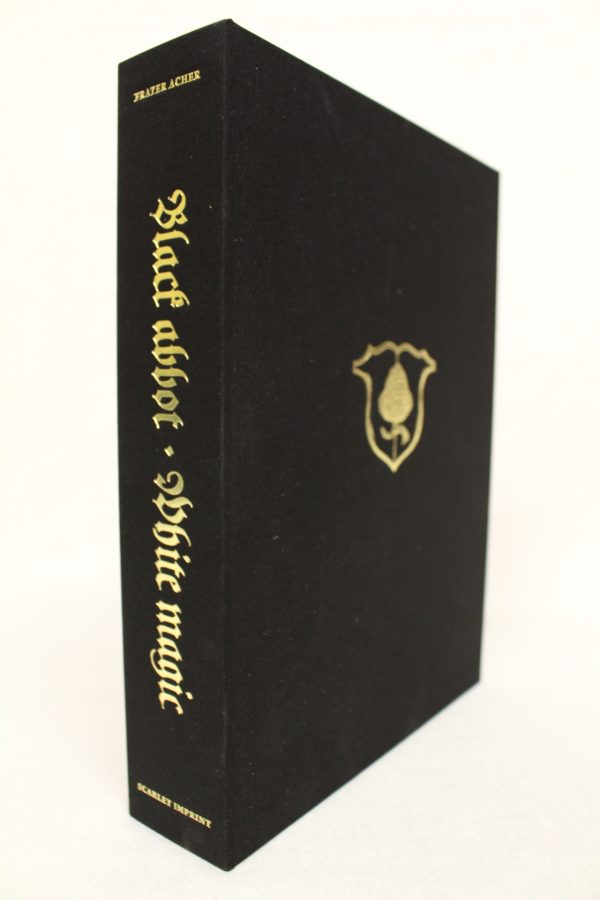 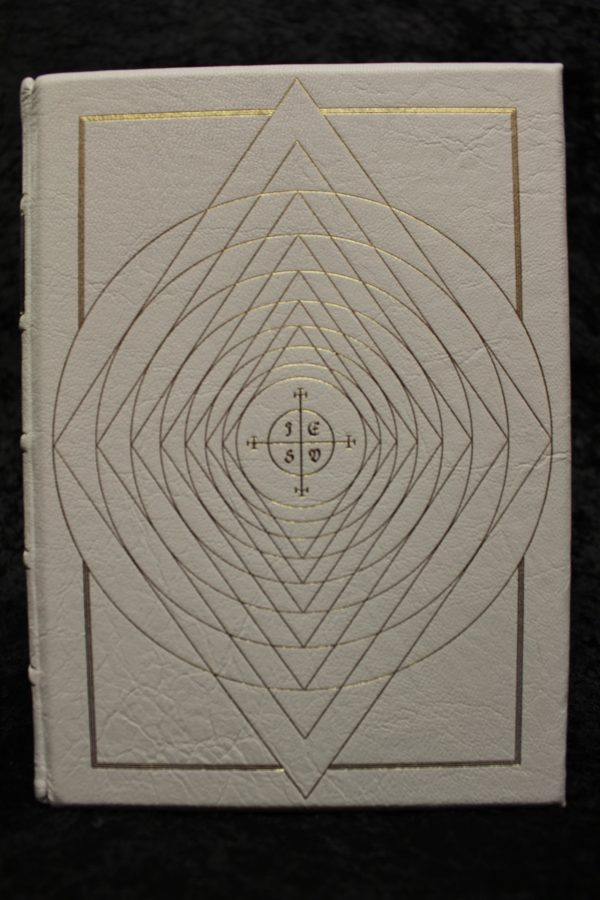 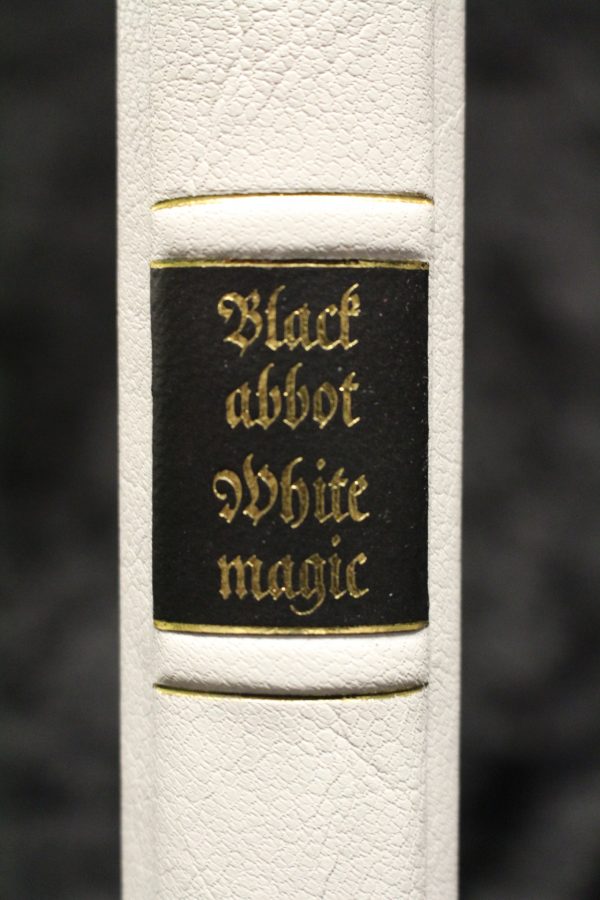 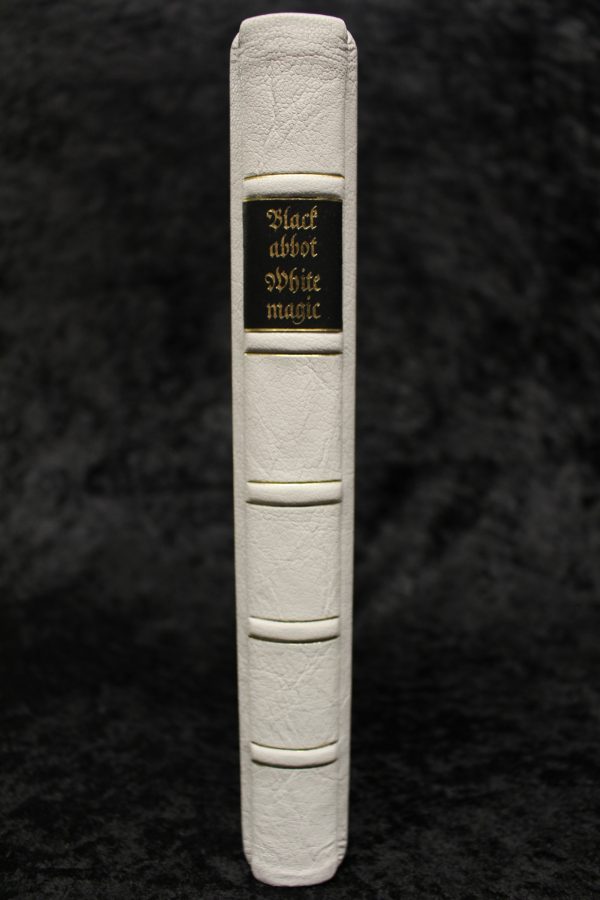 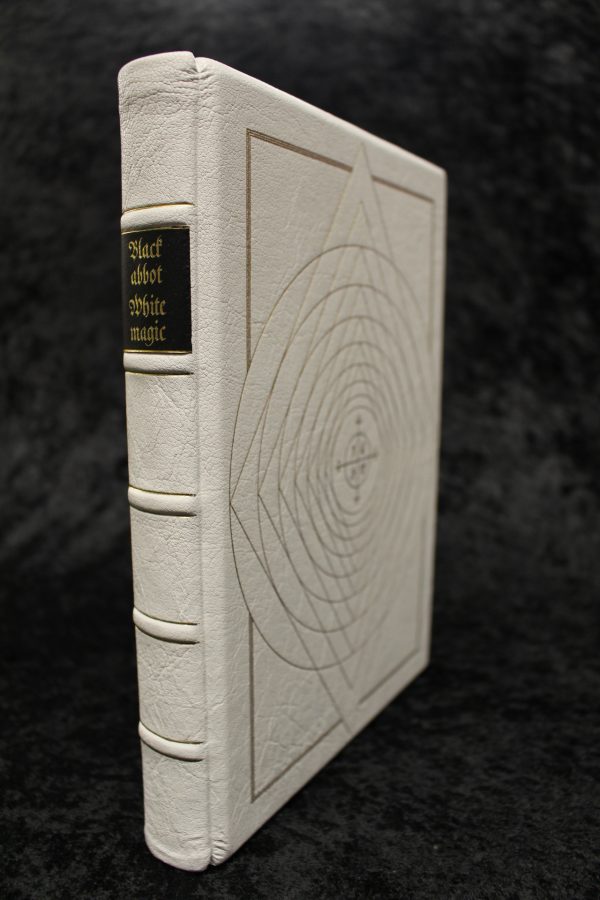 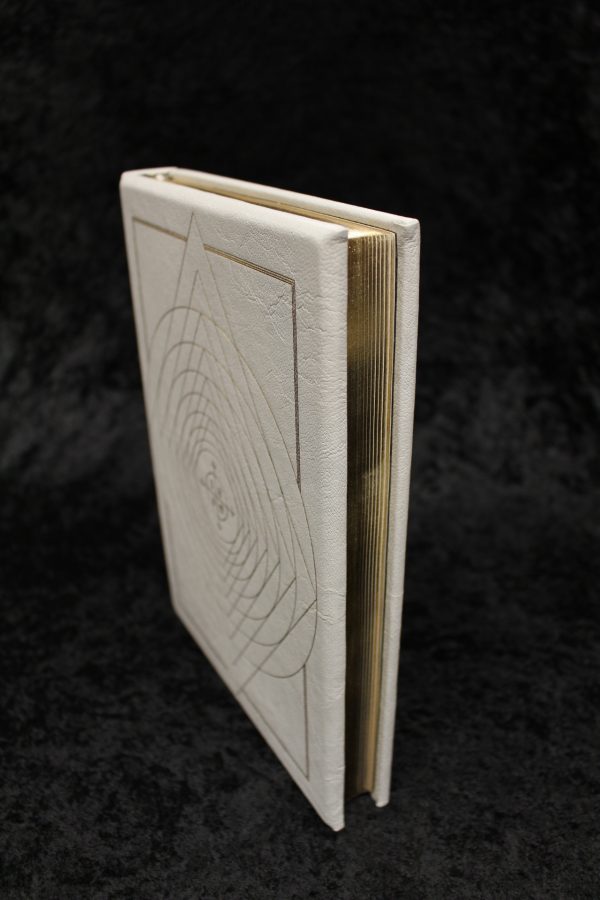 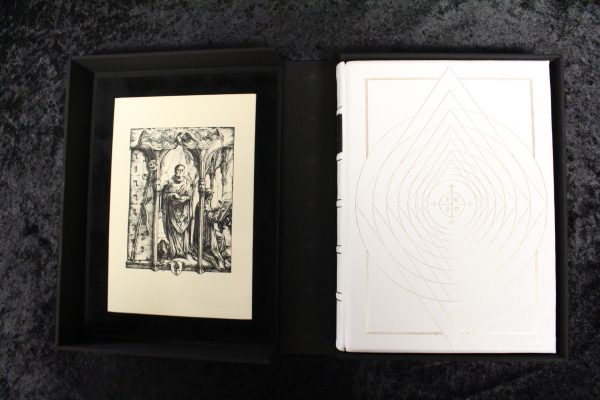 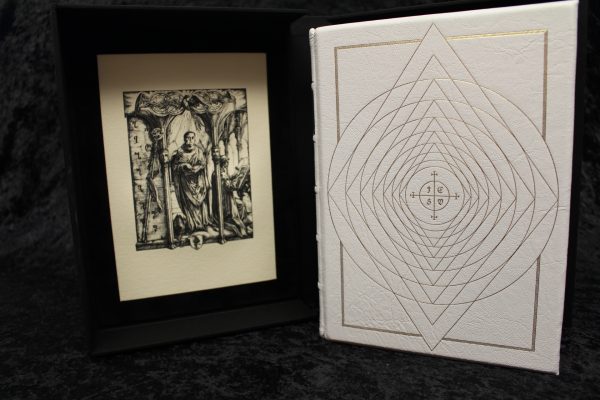 Limited to 70 copies, full off-white morocco, raised bands on spine, gilt design to front and back boards, marbled endpapers, all edges gilt, black and white ribbons; presented in a black solander box with a copperplate print of Trithemius by Jose Gabriel Alegría Sabogal.

Some very minor wear to the slipcase. Otherwise a lovely copy

Black Abbot · White Magic: Johannes Trithemius and the Angelic Mind is the second volume of Frater Acher’s Holy Daimon cycle, and focusses on the magical legacy of Johannes Trithemius. The book includes the first full English translations of two angelic grimoires, reveals the construction of the talismanic Tablet of Truth, the compounding of a love philtre, the creation of the exorcistic powder of Pelagius and the purificatory counter-magic of the witch’s bath. Through Acher’s careful analysis of these texts, the reader is guided towards a mystical and historically attested method of practicing angelic magic.

The black abbot should be considered as the central figure in the evolution of the Western esoteric tradition. Trithemius was the teacher of Heinrich Cornelius Agrippa, a magical role model to John Dee and Paracelsus, and the inspiration behind many of the legends now attributed to Dr Faust. New material sheds light on Trithemius’ own magical practice and his formulation of a theologia magica, which relies on cultivating a relationship with the personal angel.

The first part of the book provides translations and analyses of manuscripts attributed to Trithemius’ legendary teacher Pelagius the Hermit of Majorca, as well as his mysterious intermediary Libanius Gallus. Acher then examines two texts attributed to Trithemius, which evidence the blending of high and folk magic in practice, connecting the celestial intelligences leveraged in Pelagius’ writings with the chthonic virtues of plant and animal based concoctions.

The second part of the book opens with a biographical essay by the leading Trithemius scholar, Professor Klaus Arnold. Acher then goes on to investigate the vexing relationship between Trithemius, his master Pelagius and their intermediary Libanius Gallus. He concludes with some thoughts on the hermetic allegorical engraving in the third volume of Johann Scheible’s Das Kloster  (1846) for the reader to pursue in their own visionary work.

In Black Abbot · White Magic Frater Acher gives an understanding and appreciation of the intent, depth and pragmatism of 15th century mystico-magical practice and an insight into one of its most enigmatic figures.