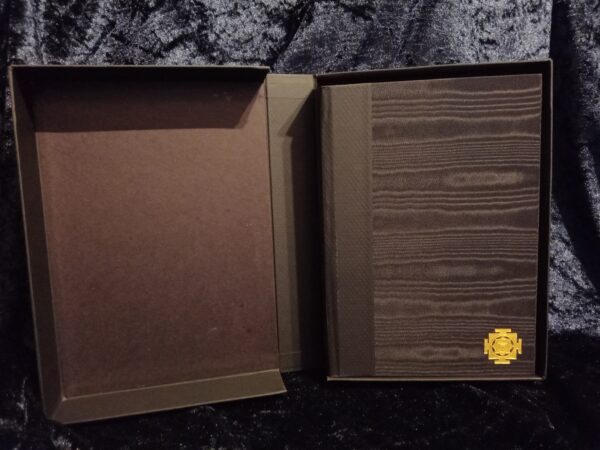 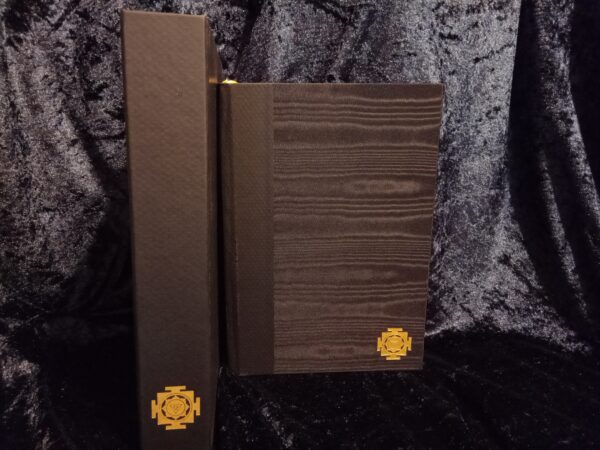 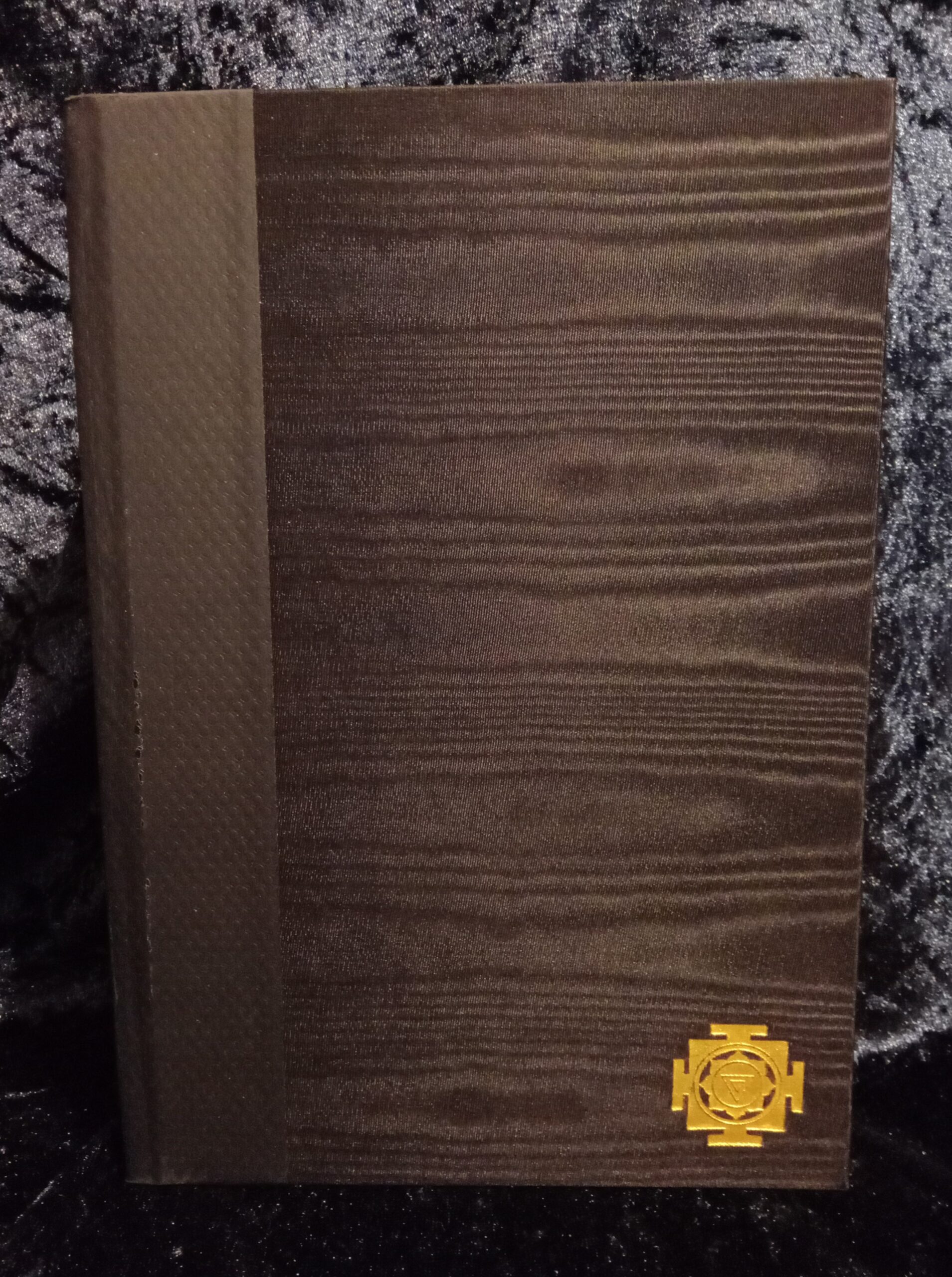 Matrika edition: Limited to 60 hand-numbered copies, this is a deluxe edition with covers bound in black Italian silk with gold foil block to front and back, and the spine bound in black Corvon Senzo Rivet cloth.

The phenomenon of Indian magic called Abhichara is colossal and multifaceted. It is impossible to express the profundity and abundance of wisdom associated with Abhichara on the pages of a single book. Because of this, the authors decided that the focus of this book would be two key aspects: the deities of the mystical-magical mandala, for it is they who are the source of the power of Bhairava-Kali-Abhichara and the base of the magical potency of its adepts, and Shri Matrika.

Matrika is one of the most important disciplines of Tantrism and Abhichara, the traditional Indian magic native to Tantrism. The practice of classic Kaula Marga is unthinkable without the use of Matrika. First, Matrika is a part of the metaphysics of Tantrism. The fifty phonemes of Matrika are a symbolic model of Reality reflecting the whole of the immanent and transcendent being; a multidimensional ornament of sacred symbols, the existential meaning of which is represented on each level of their manifestation: the cosmogonical, the cognitive and the soteriological levels. The system of phenomenological categories and universals of Matrika reflects the typological analysis of the basic archetypal symbols of human consciousness that represent the archetype of the Supreme Reality. The system of the 36 tattvas represented in Matrika expresses the idea of the ontological unity of microcosm and macrocosm as a hierarchic structure of the basic principles forming the existence of the human body and consciousness. Therefore, it is also used in a number of deifying meditations including intellectual comprehension and visualization. Matrika is a means of compressing great volumes of essential information and accumulating great storages of energy, and is used to find out the causes of the past, to identify the characteristics of the present, and to predict, to forecast and to model the possible future.

Abhichara: Tantric magic and mysticism consists of five parts. The first part is an introduction to Indian magic. The second part is devoted to the deities of the mystical-magical mandala, their powers, and the archetypes that manifest their nature. The third part is dedicated to the system of the 36 tattvas – the foundation of the universe, according to the world view of tantric mystics and mages. The fourth part describes how the system of the 36 tattvas is reflected in the 50 phonemes of Shri Matrika. The fifth part is devoted to Shri Matrika as a system that allows to understand one’s past and present, and to determine one’s possible and/or desired future.

Through the practices described in Abhichara: Tantric magic and mysticism, the student will explore the worlds of these deities and gain an insight of how these dimensions influence the world of human beings. In combination with the studying of matrika, the comprehension of the mandala will give the reader the abilities to perform high-quality mantic operations, for the benefit of himself and others.